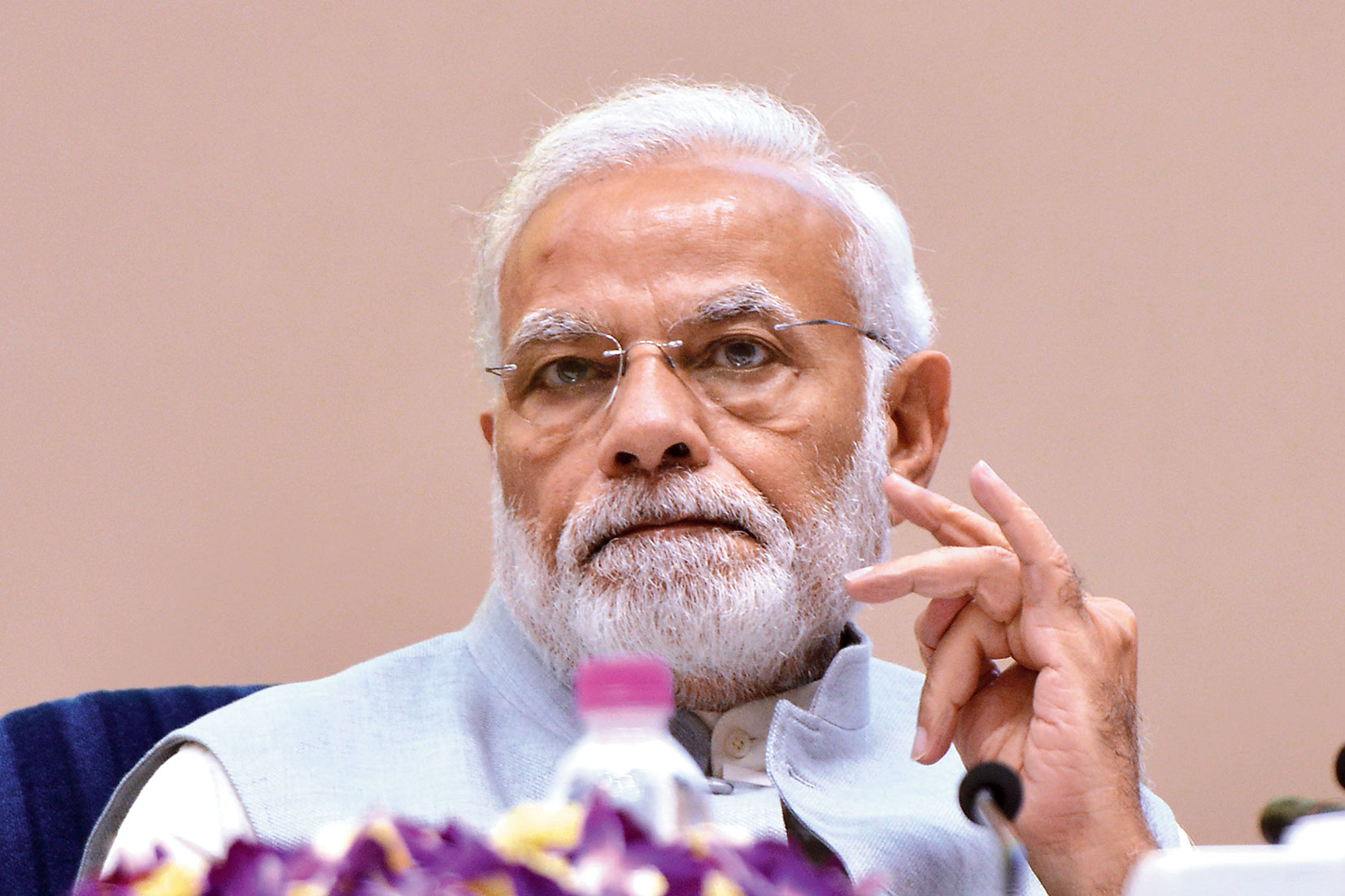 The revelation brings under stress a key factor of the Narendra Modi government’s defence: that the Dassault-made Rafales were being bought under a “government-to-government” agreement.
The Telegraph file picture
R. Balaji   |   New Delhi   |   Published 14.11.18, 09:27 PM

The Centre has disclosed in the Supreme Court that there is no “sovereign guarantee” from France but only a “letter of comfort” to deal with any failure by Dassault or its Indian offset partner to meet the terms of the Rafale deal.

“Though there is no sovereign guarantee, there is a letter of comfort which we will hand over to Your Lordships,” attorney-general K.K. Venugopal told the bench of Chief Justice Ranjan Gogoi and Justices Sanjay Kishan Kaul and K.M. Joseph on Wednesday.

The revelation in the court brings under stress a key factor of the Narendra Modi government’s defence: that the Dassault-made Rafales were being bought under a “government-to-government” agreement.

A sovereign guarantee is an assurance from a national government to another to discharge the liability of any company or person belonging to its country if it defaults on a contract or agreement.

In business deals, a “letter of comfort” provides an assurance that an obligation will be met but falls short of a legally enforceable commitment. The court did not ask Venugopal what the term meant, nor did he volunteer a definition.

The petitioners — former BJP Union ministers Yashwant Sinha and Arun Shourie, AAP parliamentarian Sanjay Singh, and advocates Manohar Lal Sharma and Vineet Dhanda — have sought a court-monitored probe into the deal by a special investigation team or the CBI.

The bench reserved its judgment after hearing arguments, including the views of senior air force officers, from 10.30am to 3.20pm. The verdict is expected in the next few days.

The Congress, which is not associated with the case, separately contested the basic premise of the Modi government. “Has France ever made a G-2-G (government-to-government) contract in defence? There is no such procedure in France,” Congress leader Kapil Sibal later told reporters.

“That procedure exists in the United States of America. It is called the FMS Route. That means the foreign military sales route,” he added. Under the FMS, the buyer (or the foreign government) does not deal directly with the military contractor, but the Defense Security Cooperation Agency under the US department of defence serves as an intermediary.

The Centre has been underscoring the “government-to-government” claim to suggest that it had nothing to do with Dassault’s choice of Anil Ambani’s Reliance group.

Venugopal’s admission came after Prashant Bhushan, appearing for some of the petitioners, said the NDA government had signed the deal despite the Union law ministry objecting in 2015 to the absence of a sovereign guarantee from France.

Bhushan added that the law ministry had also raised the concern that any dispute relating to the inter-governmental agreement could, according to its terms, be resolved only through arbitration in a third country (at Geneva in Switzerland).

Justice Gogoi told Venugopal the court was not concerned with the matter of arbitration in Geneva for the moment but the government must clarify whether there was a “sovereign guarantee” from France.

Venugopal replied that there was only a “letter of comfort”, a copy of which was handed over to the bench. Its contents remain unknown.

Justice Joseph asked a senior defence official deposing in court how the national interest would be protected if the offset partner (Anil Ambani’s Reliance) failed to keep its part of the contract.

“What will be the penalties that can be imposed if the offset partner fails to carry out production in terms of the agreement…. After all, it is in the interests of the country,” Justice Joseph said.

The official merely said that under the agreement, Dassault could punish the offset partner and that it was the French company that was liable to comply with the terms of agreement with India.

(Additional reporting by our special correspondent in New Delhi)