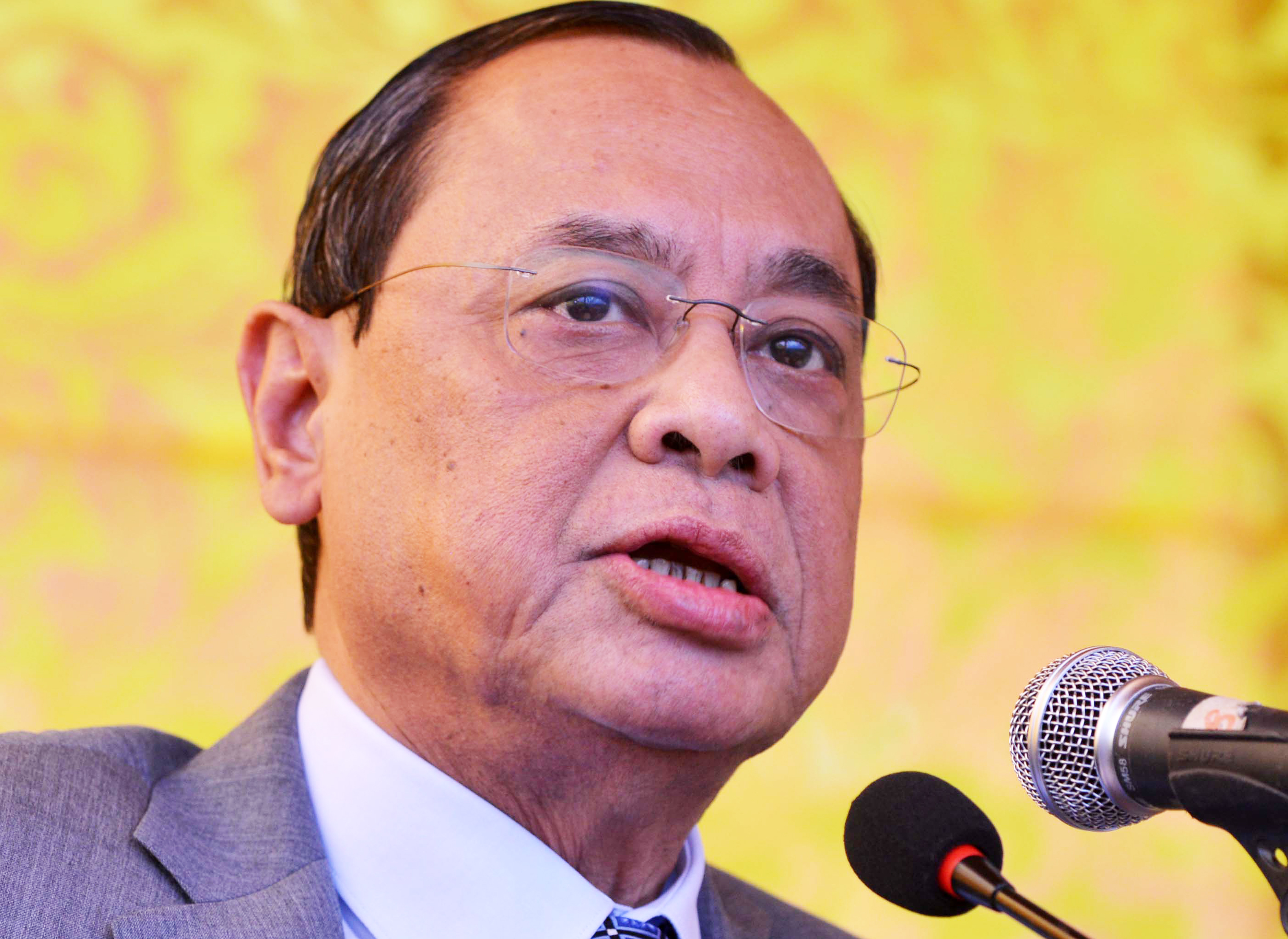 Chief Justice Ranjan Gogoi. Attorney-general K.K. Venugopal asked whether the Supreme Court was “competent” to deal with the Rafale deal on the basis of news reports and a few public interest petitions, arguing the issue was beyond the ambit of judicial review.
The Telegraph file picture
Our Legal Correspondent   |   New Delhi   |   Published 14.11.18, 09:48 PM

Chief Justice Ranjan Gogoi has said any discussion on the Rafale pricing will take place in the court only if the bench allowed the data to be made public.

The assertion came after attorney-general K.K. Venugopal on Wednesday asked whether the Supreme Court was “competent” to deal with the Rafale deal on the basis of news reports and a few public interest petitions, arguing the issue was beyond the ambit of judicial review.

But the government, he said, had out of respect for the apex court made available the details of the pricing and the break-up “as to weaponry and avionics” and materials that the bench had sought.

Venugopal asked advocate Prashant Bhushan, appearing for several petitioners who want the Rafale agreement probed under court supervision, how he had come to possess certain secret documents relating to the deal.

Bhushan replied that the various aspects of the defence procurement policy had been obtained from a 2008 magazine and records of parliamentary proceedings.

“This is a matter for experts and not one where judicial review may be undertaken based on media reports and other documents, which (it) is not clear how they (the petitioners) are in possession (of),” Venugopal told a bench headed by Chief Justice Gogoi.

“You asked us to give extracts of it, which can be brought into the public domain, to the petitioners, and to share the pricing details with the court in a sealed cover. We have done so.”

Venugopal contended that the Indo-French agreement was classified information. “Even Parliament has not been given the complete cost. If we are to disclose the pricing of the whole, loader aircraft, the consent of the government of France is needed,” he said.

Venugopal said that even the RTI Act offered exemptions from public disclosure under eight heads, including matters relating to defence and national security.

“But because of the respect for the Supreme Court, we have made available the details of price and the break-up as to weaponry and avionics, and even the advantages of the jet for your Lordships’ consideration,” he argued.

He told the court that he had himself desisted from going through the document on the pricing details, which the Union government had placed with the registry, lest it get leaked through his office.

“Mr Attorney, any discussion as to pricing will happen only if we allow these statistics to come into the public domain,” Chief Justice Gogoi said.

Venugopal said Dassault had not been able to enter into a final agreement with HAL as the public-sector unit’s man-hour requirement was 2.7 times higher than the French side’s.

Bhushan countered that the Dassault CEO had told a news conference in 2015 that the company had entered into a strategic deal with HAL for the manufacture of 108 Rafale jets in India after the delivery of the first 18 “ready-to-fly” aircraft manufactured in France (under the previous UPA deal).

However, HAL was dropped and Dassault picked Anil Ambani’s Reliance “out of the blue” as the offset partner, he said.

“Nobody knew about this change, neither the cabinet nor the defence acquisition council, not even the defence minister. The offset contract is being given to a company which has no experience in manufacturing defence equipment or aircraft,” Bhushan argued.

Arun Shourie — one of the petitioners and a former BJP Union minister who appeared in court in person — too said that Reliance lacked any experience in defence technology.

He cited a TV interview by then defence minister Manohar Parrikar, who said the entire decision was taken by the Prime Minister but stressed that he fully supported it.