Advertisement
Home / India / No one can be forced to get jabbed: Supreme Court

No one can be forced to get jabbed: Supreme Court

Till numbers are low, we suggest that relevant orders are followed and no restriction is imposed on unvaccinated individuals: Bench 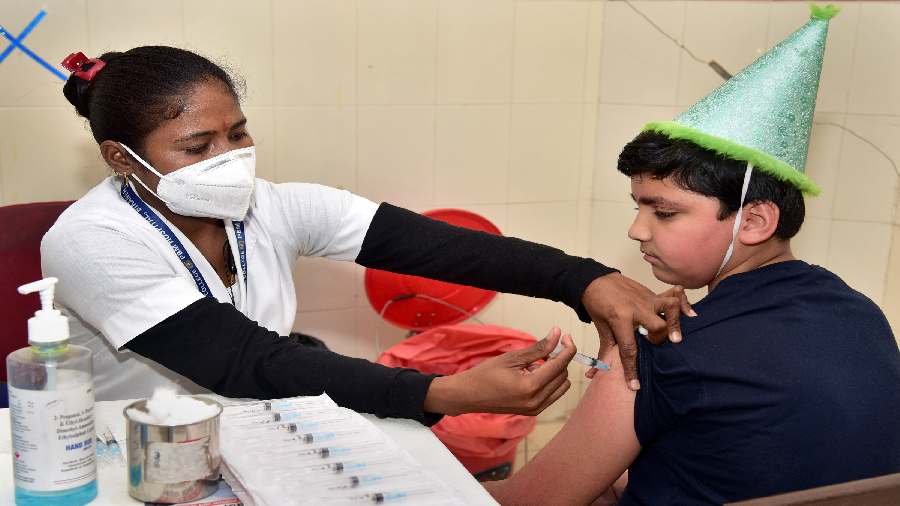 No individual can be forced to get vaccinated against COVID-19, the Supreme Court said on Monday and asked the Centre to make public data on the immunisation's adverse events.

Bodily autonomy and integrity are protected under Article 21 of the Constitution, a bench of Justices L Nageswara Rao and B R Gavai said while suggesting that there be no restrictions on unvaccinated people in public areas till Covid numbers are low.

On the basis of available material, and considering expert views, the current COVID-19 vaccine policy cannot be said to be manifestly arbitrary and unreasonable, the apex court said.

"Till numbers are low, we suggest that relevant orders are followed and no restriction is imposed on unvaccinated individuals on access to public areas or recall the same if already not done," the bench said.

The apex court also directed the Union of India to publish reports on adverse events of vaccines from the public and doctors on a publicly accessible system without compromising on the data of individuals.

The apex court was hearing a plea filed by Dr Jacob Puliyel, a former member of the National Technical Advisory Group on Immunisation, who has sought directions to also disclose post-vaccination data regarding adverse events.

On the issue of vaccination for children, the bench said that it is not possible to second guess the opinion of experts and the vaccination indeed follows global standards and practices.

"On paediatric vaccines, the decision taken by the Union of India to vaccinate children in the country is in tune with global standards... We direct the Union of India to make sure the key findings of the stages of trials already approved by regulatory authorities for children be made public at the earliest,'' it said.

The Centre had earlier clarified that it has not made COVID-19 vaccines mandatory and has only said the vaccination should be 100 per cent.

Vaccine manufacturers Bharat Biotech Ltd and Serum Institute of India had opposed the plea and said the petition, purporting to be in public interest, is liable to be dismissed with exemplary costs for espousing a private motive and attempting to cause vaccine hesitancy and public hysteria in the midst of an unprecedented global pandemic.

The counsel for Bharat Biotech Ltd had submitted that it has extensively published the findings of clinical trials in publicly available reputed peer-reviewed journals and these are available on its website.

The counsel for the Serum Institute of India had also opposed the petitioner's plea for disclosure.

The Centre had earlier told the apex court that all documents related to COVID-19 vaccines and their compositions were available in public domain, and the vaccine had proven to be very effective and safe.

The government had said that over 8.91 crore doses of Covaxin vaccine were administered in the age group of 15-18 years as on March 12, and the number of adverse events following immunisation (AEFI) reported were 1,739 minor, 81 serious, and six severe.

It said both vaccines -- Covaxin and Covishield -- generate antibodies with the minimum likelihood of onset of any adverse event.

Advocate Prashant Bhushan, appearing for the petitioner, had earlier argued that whether to get vaccinated or not is an individual decision, and in the absence of informed consent, mandatory vaccination is unconstitutional.