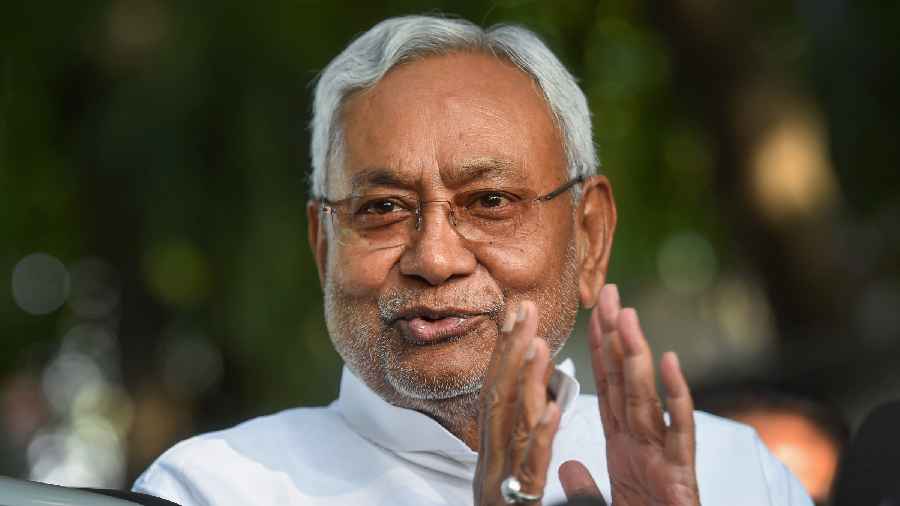 Bihar chief minister Nitish Kumar accused the BJP-led government at the Centre on Thursday of spreading hatred in the society and trying to destroy the social harmony.

He also attacked the central government for not awarding “special category status” to an extremely backward state like Bihar.

“The government at Delhi is creating trouble in the society. It can do anything, anytime. The BJP is spreading hatred in the society and trying to destroy the social fabric,” Nitish said while speaking at a function organised in Patna to distribute appointment letters to 183 Urdu translators and other officials.

Speaking further on the occasion, Nitish asserted that there was a distinct attempt to destroy the atmosphere of amity in the society, and the people of Bihar understood such things.

The chief minister called for love, harmony and amity in the society. “We want that there should be no dispute in the society,” he added.

Revisiting his demand for special category status for Bihar, the chief minister further attacked the central government for constantly denying it and keeping the state backward.

He had been demanding it for over a decade now and had run campaigns for it.

“It is an old demand but the Centre has become silent on it. It is not replying anything about it. Special category status is necessary for the progress of an extremely backward state like Bihar and others. It would have helped bring more development here,” Nitish said.

Nitish and his Janata Dal United (JDU) had quit the National Democratic Alliance (NDA) in August this year to team up with the Opposition like the Rashtriya Janata Dal (RJD), Congress, the Left and others to form the Grand Alliance government in the state.

The chief minister asserted that Bihar was progressing on its own capability.

Nitish pointed out that Bihar had 2247 approved positions of Urdu translators and clerks of which the recruitment process for 1294 of them were in its final phase. He assured that all the positions would be filled up soon.

The chief minister batted for promoting the use of Urdu so that people learn it along with Hindi. He also spoke about various schemes brought forth by the state government for the welfare of the minority community.