During the Monsoon Session of the Assembly last month, leader of the Opposition Tejashwi Yadav had met Bihar CM with the request 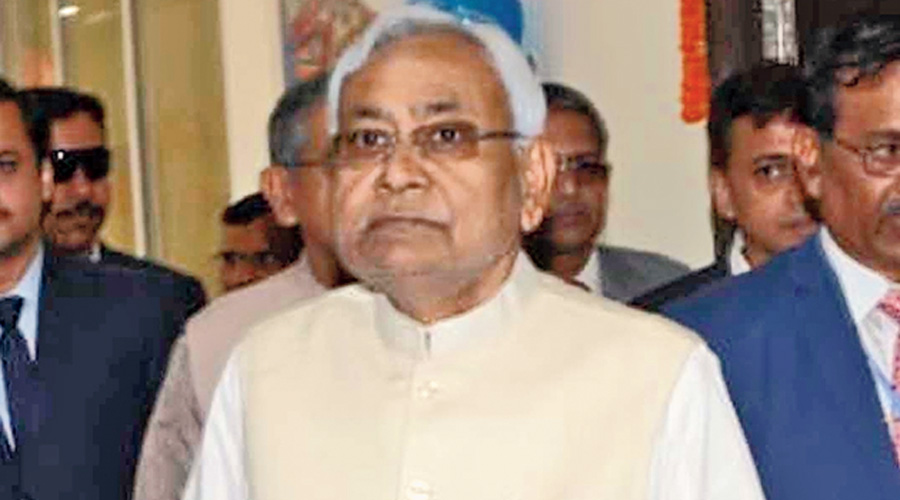 Prime Minister Narendra Modi has listened attentively and intently to submissions of an all-party delegation from Bihar which met him on the issue of caste census and a positive outcome was expected, Chief Minister Nitish Kumar said here on Tuesday.

Kumar, who had on the previous day led the 11-member delegation comprising a legislator each from 10 parties, was replying to queries from journalists at the airport upon his return from the national capital.

"He listened attentively (dhyaan se)....intently (prem se)... so it is natural that we would expect some positive outcome," said the chief minister with a smile

The Centre's recent statement before Parliament that enumeration of only the SCs and the STs was proposed has triggered vociferous demands for including the OBCs, especially in states like Bihar where the numerically powerful intermediary castes wield tremendous political clout.

The Bihar chief minister underscored that the last time a caste census was held way back in 1931, under the British Raj.

Fresh census could not be held a decade later because of the Second World War.

Thereafter, the nation has been making do with estimates based on 1931 figures, he said.

This is not a desirable state of affairs. No wonder the desire for a fresh caste census is finding resonance across the country and from among all sections of the society. This is not an issue that concerns only Bihar.

"We took the lead because in our state all political parties concur over the issue. Twice, resolutions backing the demand have been passed unanimously by the legislature. The decision to meet the PM to discuss the issue was, significantly, taken in view of a request from the opposition," remarked Kumar.

During the Monsoon Session of the Assembly last month, leader of the Opposition Tejashwi Yadav had met Kumar with the request.

A copy of the letter that I had received from the opposition has also been made available to the Prime Minister. Moreover, he now knows first-hand the prevailing sentiment in Bihar, having listened to the averments of all delegates , said the Chief Minister.

Asked whether his government was prepared to conduct a state-level survey of castes if the Centre did not come out with a positive response, the Bihar chief minister said let us have some patience. A decision will take place at the appropriate time.

Kumar, who is the de facto leader of the JD(U), was also asked about the possibility of the Centre keeping silent over caste census, like it has done over the long-standing demand for a special status to Bihar.

Please do not have such misgivings. The census cannot be put off for an indefinite period. And once the census begins, we will get to know whether or not the Centre has considered our request , he quipped.