Nitish Kumar declared leader of NDA in Bihar; to return as CM 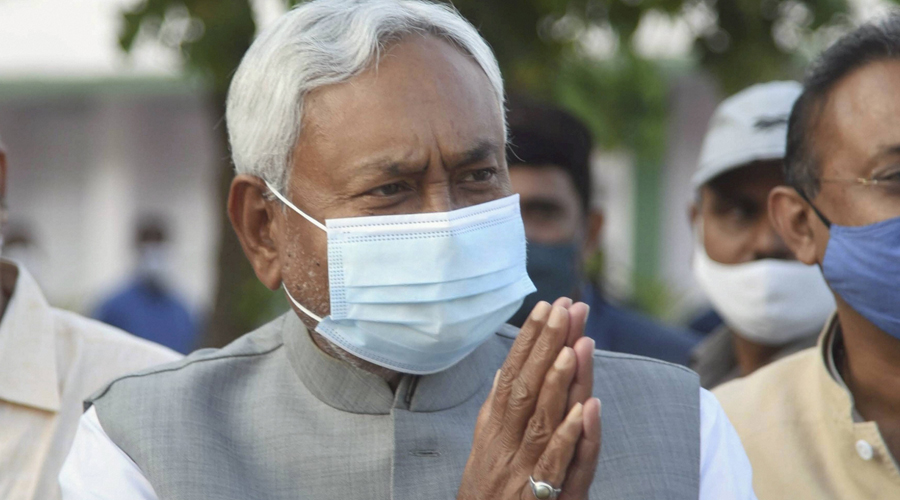 The NDA in Bihar on Sunday unanimously elected Nitish Kumar as its leader in the state legislature, paving the way for his return as Chief Minister for the fourth consecutive term.

According to sources in the ruling coalition, an announcement to the effect was made at 1, Anney Marr, the chief ministers' official residence, by senior BJP leader and defence minister Rajnath Singh who had flown down for the occasion.

The sources also said that senior BJP leader Sushil Kumar Modi has been chosen as the leader of the legislature party and is likely to return as Deputy CM while Tarkishore Prasad, the MLA from Katihar, has been elected as the party’s leader in the state assembly.

Kumar is expected to meet Governor Phagu Chauhan staking claim for the formation of the new government and is likely to take oath on Monday.

Suspense on deputy CM, other ministers in Bihar

With the election of Nitish Kumar as the leader of the ruling NDA in Bihar, all eyes are now set on who will be his deputy and other ministerial colleagues in his government.

There is some suspense whether Sushil Kumar Modi will continue as deputy chief minister or if the saffron party would choose a new face.

Names of eight-term MLA from Gaya town Prem Kumar and that of Kameshwar Choupal, a Dalit MLC who had laid the foundation stone for the temple at Ayodhya in the 1990s, are also doing the rounds for the post in the political circles.

However, Prem Kumar said, "I have not been staking any claim. We are all committed to Prime Minister Narendra Modi's dream of making Bihar Atmanirbhar. NDA leaders will amicably decide who should be the leader and the deputy leader.

There are strong indications that Sushil Modi, who has been deputy chief minister since 2005 and is known to share an excellent rapport with Kumar, may be retained.

Sushil Modi accompanied Defence Minister Rajnath Singh, who is in Bihar to oversee the NDA meeting in the run-up to the government formation, from the state guesthouse to the chief minister's residence giving credence to the speculations about the deputy CM's post.

Also, it will be interesting to see who all from the four NDA constituents -- the BJP, JD(U), Hindustani Awam Morcha and Vikassheel Insaan Party (VIP) form the state cabinet.

The outgoing Bihar government had a total of 30 ministers, including Nitish Kumar and Sushil Modi.

With the BJP emerging as the largest party in the NDA with 74 MLAs and the JD(U)'s tally going down to 43 from 71, it would be interesting to see if the saffron party, which has sacrificed the post of the chief minister in honor of its pre-poll promise, will insist on having a larger share in the cabinet.

A total of 24 ministers of the previous cabinet had contested the polls and 10 of them, both from both the JD(U) and the BJP, lost.

Kumar, Sushil Modi and four others are members of the state's Legislative Council and did not contest the polls.

From the BJP, Suresh Kumar Sharma and Brij Kumar Bind are the two ministers who lost.

Since, two pre-poll constituents HAM and VIP have won four seats each, pushing the NDA's tally past the magic figure of 122, there will be representation from them in the cabinet this time.

Jitan Ram Manjhi, who heads the HAM has made it clear that since he has already served as chief minister he won't take up any ministerial assignment.