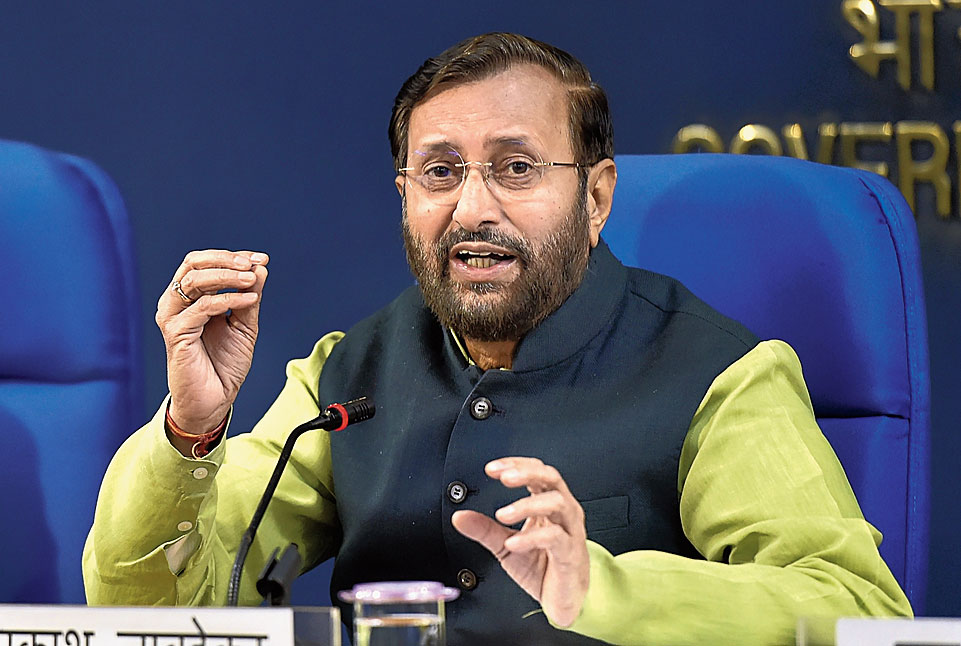 Javadekar said the government will recover every penny that has been looted and will attach their properties in India and abroad.

'(Former) Congress government pressurised banks, and Mehul Choksi, Nirav Modi and Vijay Malya were given loan without security. They did not run away till there was Congress government but when Modi government came, they understood that they will not have had it and ran away,' the minister said at a press conference in the BJP office in Jaipur.

Nirav Modi and his uncle Mehul Choksi are accused of defrauding Punjab National Bank out of Rs 13,000 crore. Both had fled India in January after the CBI registered an FIR in the case.  Vijay Mallya faces charges in India of bank fraud and money-laundering that allegedly total Rs 9,000 crore.

'The way Christian Michel was extradited, similarly, they will also be taught a lesson and their properties in India and abroad will be attached. Every single penny they looted will be recovered from them,' he said, reacting to Choksi's surrender of his Indian passport on Monday.

Michel, the alleged middleman in the VVIP chopper scam, was extradited to India from UAE last month.