Bankers had been 'charmed' into losing their common sense, London magistrate says as she clears Mallya's extradition 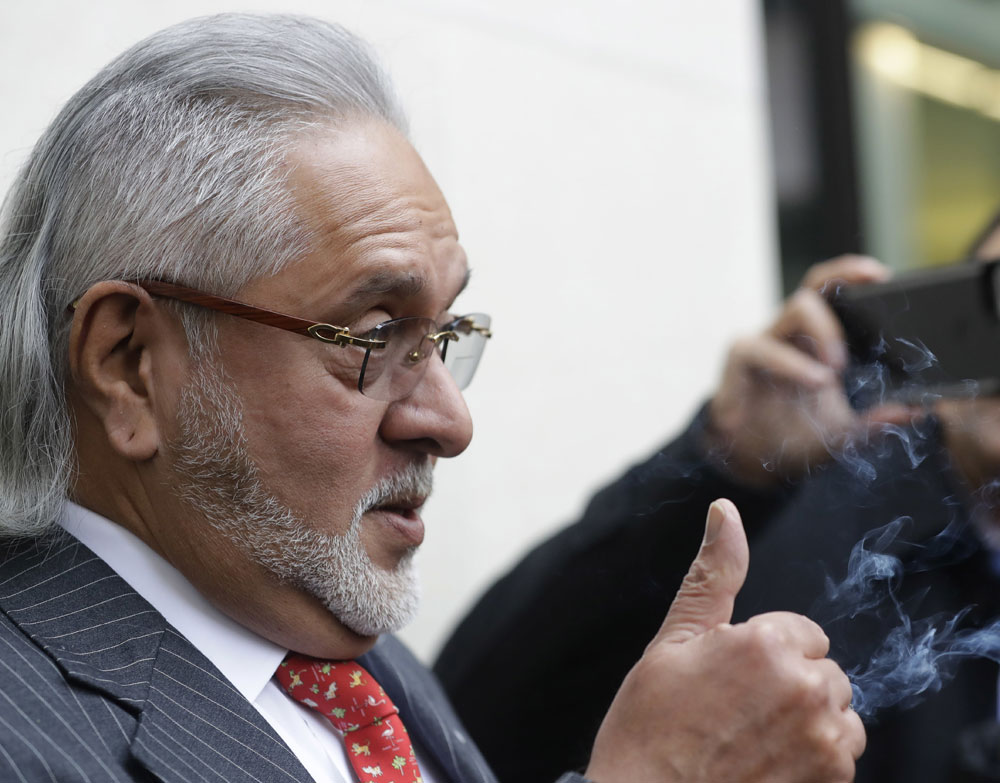 When the judgment in the Vijay Mallya case came after a two-hour delay at Westminster Magistrates’ Court on Monday, chief magistrate Emma Arbuthnot got straight to the point: “I am ordering extradition — I am referring the matter to the home secretary.”

Arbuthnot was thorough, including the way in which she described the 62-year-old Mallya. Bankers had been “charmed” by a “glamorous, flashy, famous, bejewelled, bodyguarded, ostensibly billionaire playboy” into losing their common sense, she said.

Provided UK home secretary Sajid Javid agrees, Mallya can be extradited to India once the appeals process is exhausted to face bank fraud and money-laundering charges involving Rs 9,000 crore. The judgment was so well-argued and devastating that some lawyers felt the chances of a successful appeal are limited.

Arbuthnot concluded that “a spell in custody is likely to help him cut down on alcohol. A regular exercise routine will need to be worked out by his doctors to keep him healthy”.

The following are some of the key conclusions in the judgment:

Arbuthnot took 27 minutes to read out bits and pieces from her long and devastating judgment.

At the end, the conclusion — Paragraph 471 — was what she had said right at the beginning: “In the light of the decisions outlined above, I am sending Dr Mallya’s case to the home secretary of state for a decision to be taken on whether to order his extradition.”

There was little reaction from Mallya who was told by the judge that a long legal process now lay ahead of him but that bail conditions remained the same. If he breached bail conditions, “we will take your money away”.

Clare Montgomery, QC, who has been representing Mallya, was not in court. But Mark Summers, QC, counsel for the Crown Prosecution Service, which has been acting on behalf of the Indian government, was. In place of Montgomery, another lawyer, Ben Watson, represented Mallya on Monday.

Talking about how the banks had been misled by Kingfisher, Arbuthnot said: “He (A. Raghunathan, the former chief finance officer of the airlines) is implying that KFA (Kingfisher Airlines) is suffering the same problems as the other companies involved. From the email correspondence in September 2009, it is, however, clear that, in fact, they are not expecting KFA to emerge profitable in the mid-term.

“Mr Raghunathan represents that the loss for the financial year 2009 is around Rs 1,600 crores. On the face of it and according to the emails, this is a misrepresentation as the actuals show a loss of Rs 2,155 crore.

“Dr Mallya did not give evidence so it was not possible to ask him about this.”

She added: “Another misrepresentation is that the two different international valuers have valued the KFA brand…. the two valuers valued the brand at very different amounts. Only the highest was sent to IDBI with the letter of 1st October 2009.”

She came down hard on the banks: “If the criteria for lending to KFA had been applied, if the background checks had been carried out, the loans should not have been granted. If the end-use certificates and all the other post sanction conditions applied, the loans would not have been misapplied in the way they were.”

On money laundering, the judge said: “I have found above a prima facie case of fraud. I turn to consider what happened after the default.”

She said that Mallya was “using the KFA loans to fund anything that became due to be paid.”

She went on: “These payments included what some might say were two vanity projects, the Formula 1 racing team and a corporate jet for his own use….”

“The timing of the payments were significant, in 2009 and 2010, payments were made by KFA to Force India at a time it was struggling to remain in business. Money from the loans was transferred to Axis Bank, then went to HSBC in London, they were said to be payments for operating expenses in relation to flights but the funds were transferred to the racing team.”

Mallya’s Barrack No. 12 with facility to wash daily