New ‘jail’ near home for Mehbooba

The PDP leader was shifted amid biting cold in the Valley 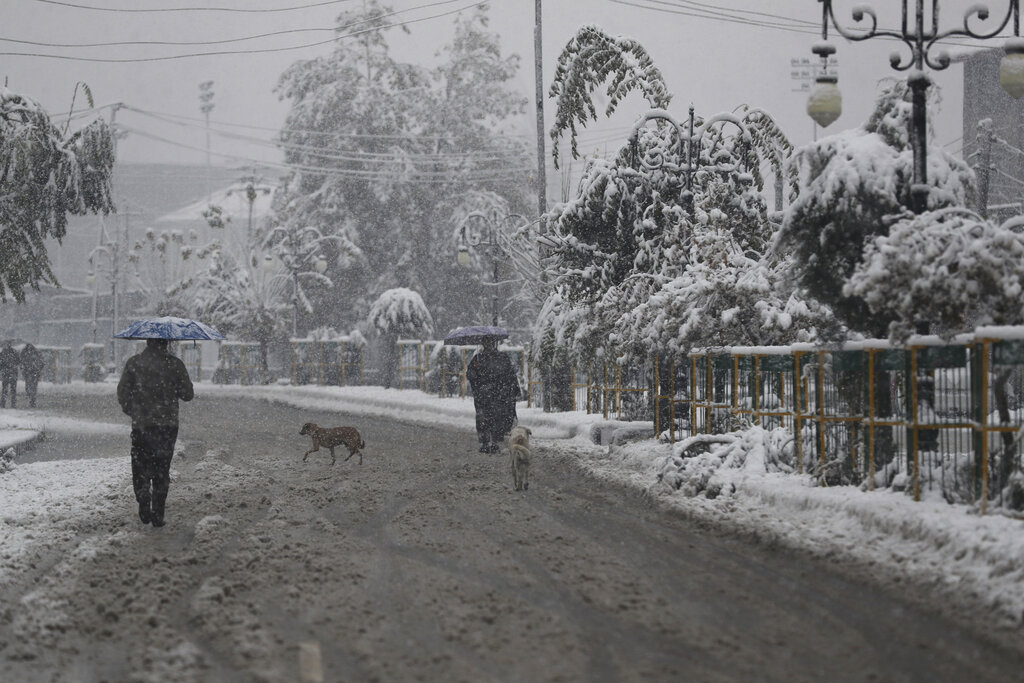 Mehbooba Mufti has got a new “jail”, close to her home where she had lived for years and her late father Mufti Mohammad Sayeed had started his public outreach as Jammu and Kashmir’s first non-Abdullah chief minister in decades.

The PDP leader, who has been in detention since August 4, was shifted amid biting cold in the Valley and after mounting criticism that her previous jail at Cheshma Shahi in the Zabarwan foothills of the city did not have proper heating arrangements.

An officer said Mehbooba, 60, was shifted on Thursday evening to a government facility — which has been turned into a sub-jail — on Moulana Azad Road in the heart of the city centre.

“She has been shifted to a very good house,” the officer said.

The decision to shift the former chief minister came days after her younger daughter, Iltija Mufti, had voiced concerns over the poor heating facilities available to Mehbooba at the earlier place and warned that the central government would be responsible if anything untoward happened to her mother. She had also said that Mehbooba was not keeping well.

Mehbooba was arrested along with dozens of politicians from the pro-India camp, including two other former chief ministers, Farooq Abdullah and his son Omar Abdullah, in the wake of the scrapping of the then state’s special status on August 5.

The state has since been split into two Union Territories — Jammu and Kashmir and Ladakh.

Official sources said the government was planning to shift several other politicians to “warmer” places after concerns expressed by their families that Centaur hotel, where they have been detained, was not proper for winter stay.

A security man guarding Mehbooba’s new “jail” said: “We have six (government) houses here and she has been allotted one.”

Ministers and top bureaucrats have traditionally lived in these houses.

Iltija told The Telegraph her mother had been shifted to house No. 5 on transport lane of MA Road. “I had asked for an adequate space with proper sunlight. I have not seen the new place, so I can’t say whether it is adequate.”

Iltija said the house was adjacent to the one where they lived when her grandfather took over as the chief minister in 2002.

Mufti had formed the government that year in alliance with the Congress but the then NDA government at the Centre, led by Atal Bihari Vajpayee, was said to have fully backed the state government in “national interest”. The 2002 elections that led to the Mufti government were the first with some degree of credibility since the outbreak of militancy in 1989 in Jammu and Kashmir.

It was also the first time in decades that Jammu and Kashmir had a member of a non-Abdullah clan ruling the state.

Mufti had chosen his residence on MA Road in the heart of Srinagar’s city centre to send across the message that he was the people’s chief minister and would remain accessible to them. The house is now the home of Jammu and Kashmir Speaker Nirmal Singh.

The Abdullahs — Farooq and Omar — lived on the posh Gupkar road, where ordinary men had little access.

When Mehbooba became chief minister in 2016, she had also shifted to a guesthouse at Gupkar.

Officials said the government has issued notices to the families of Omar and Mehbooba to vacate their residences at Gupkar. The former chief ministers are not entitled to lifetime government accommodation after the state’s conversion into a Union Territory.