Police are creating a fear psychosis in the villages, Guntur MP said 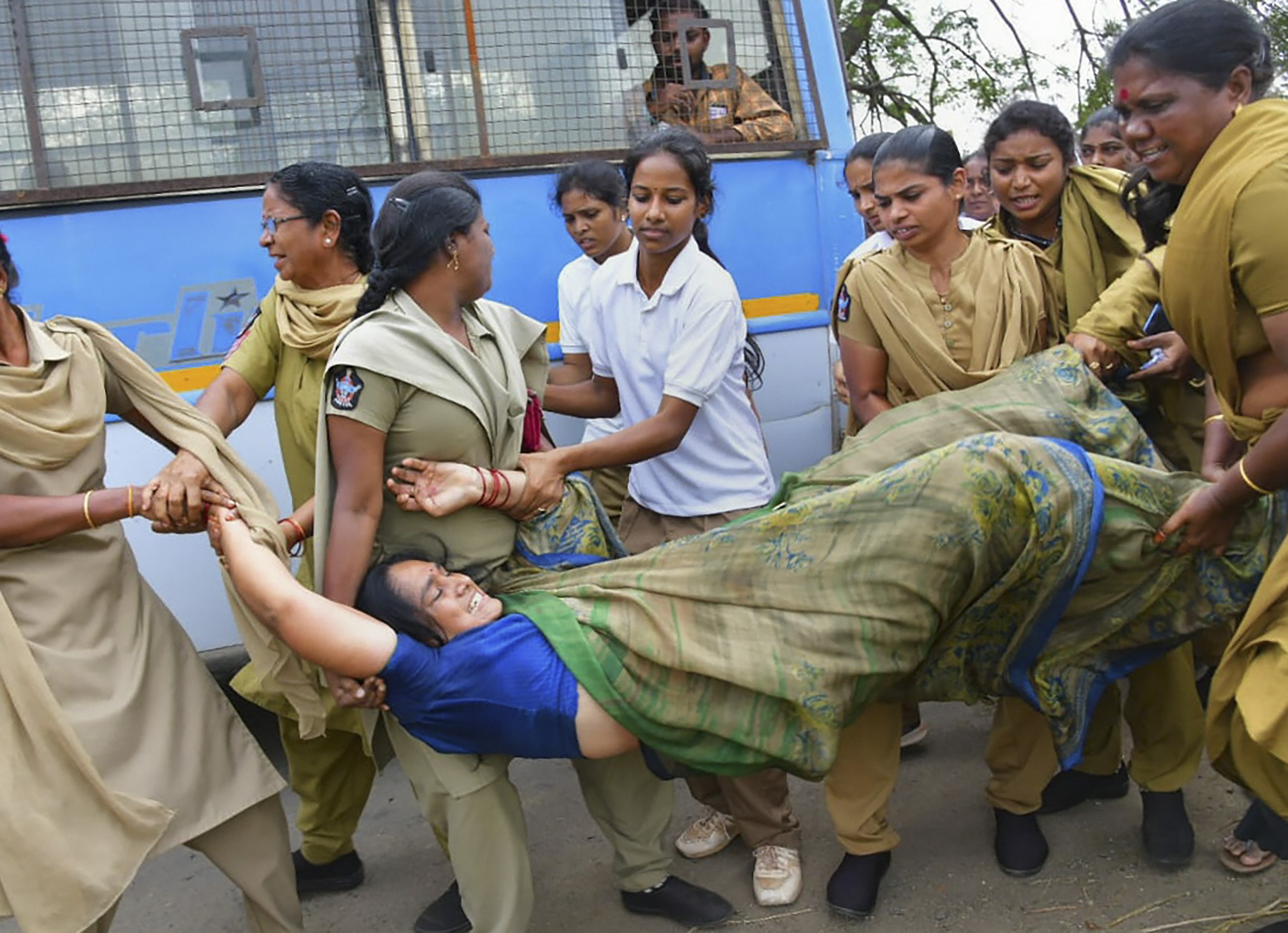 Video and photographic 'evidence' of alleged police brutality on women in the Amaravati region during the ongoing agitation against the move to relocate the state capital was presented to the visiting team of National Commission for Women in Guntur on Sunday.

A delegation, including Guntur MP Galla Jayadev of TDP and farmers, met the NCW members and complained about the police abuses against women who were holding 'peaceful' protests on the capital issue for the past 26 days.

'Women are being abused. Police are creating a fear psychosis in the villages (in Amaravati region). Aggressive sections (of law) are being imposed to deter people from taking part in the protests,' Jayadev told the NCW team.

Talking to reporters later, the MP said he also told the panel that cases were being 'foisted' on women and farmers and they were being 'tortured.'

Women constables were not present in many cases and where they were present, their behaviour was worse than the male constables, he charged.

'Women protesters are being badly beaten up, resulting in injuries. Police is brutally trying to suppress the peoples voices,' Jayadev said.

The commission has taken suo moto (on its own) cognisance of the 'police atrocities' on women during the capital protests and sent its team on a fact-finding mission.

Pictures of alleged police high handedness have gone viral on social media platforms and opposition MPs on Saturday expressed outrage over the police action in the last few days.

Farmers, who gave their land for development of Amaravati, have been protesting after the YSRC government proposed three different capitals, including Visakhapatnam.