Govt inflicting atrocities on people as soon as the elections got over, says Maharashtra INC chief 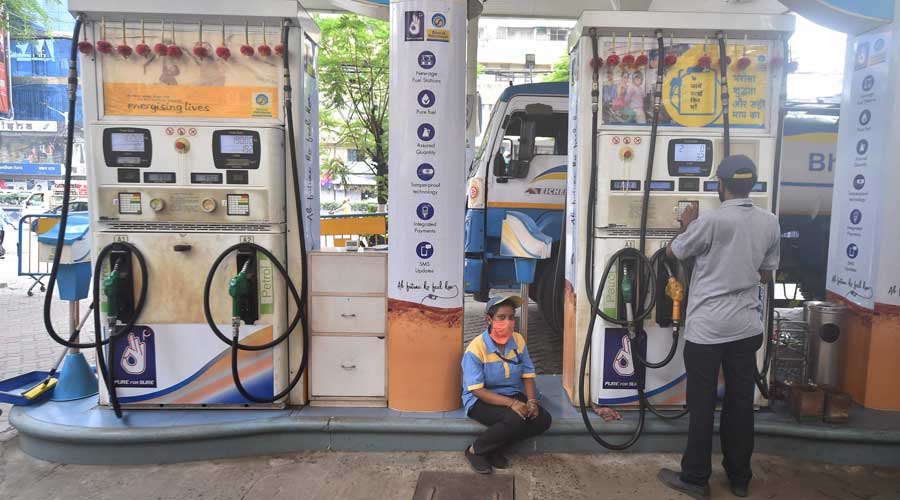 The NCP and Congress hit out at the central government on Tuesday over the latest fuel price hike, and questioned the need for increasing the rates at a time when crude oil was imported at highly discounted rates" from Russia.

The petrol and diesel prices were on Tuesday hiked by 80 paise a litre, while the domestic cooking gas prices were increased by Rs 50 per cylinder, ending an over four-and-half month election-related hiatus in rate revision, sources said. What was the need to increase the price of cooking gas when you (the Centre) have already imported lakhs of barrels of crude oil at highly discounted rates from Russia, NCP's Maharashtra unit chief spokesperson Mahesh Tapase asked.

The crude oil price has increased to USD 140 per barrel in the wake of the Russia-Ukraine war, he noted.

On one hand, the petroleum ministry is trying to justify the price hike due to increased international prices of crude and on the other, they have made a swift deal at highly discounted rates, said the NCP leader, whose party shares power with the Shiv Sena and Congress in Maharashtra.

Maharashtra Congress chief Nana Patole accused the Centre of inflicting atrocities on people as soon as the elections got over.

He was referring to the Assembly polls held recently in five states - Uttar Pradesh, Uttarakhand, Punjab, Manipur and Goa.

Had said that the BJP will recover (dues) from the people along with interest once it wins elections. Petrol, diesel, gas recovery on, Patole tweeted in Hindi.

Simultaneously, the price of a non-subsidised LPG cylinder has been increased to Rs 949.50 for each 14.2-kg bottle in the national capital.

While the LPG rates were last revised on October 6, 2021, petrol and diesel prices had been on a freeze since November 4 as the five states went to polls.

The LPG prices had gone up by close to Rs 100 per cylinder between July and October 6, 2021, before criticism halted the revision in rates.