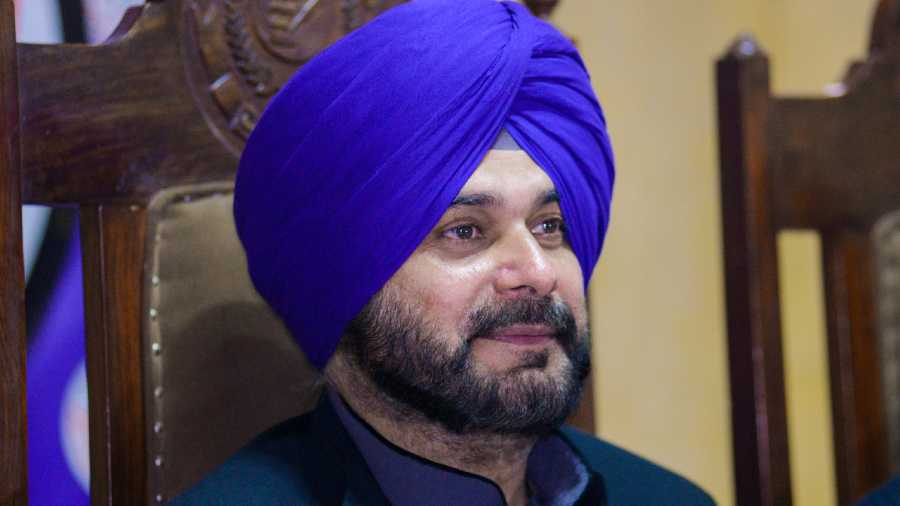 Congress leader Navjot Singh Sidhu on Monday met Punjab Chief Minister Bhagwant Mann and praised him for not having arrogance and receptive to his viewpoints as he discussed a host of issues.

Sidhu's meeting came days after he called Mann as a ‘rubber doll’, alluding to the Opposition charge that the state government is being run by the AAP leadership from Delhi.

Sidhu last month praised Mann as a ‘younger brother’ and an ‘honest man’.

Before the meeting, Punjab minister Laljit Singh Bhullar said Mann would meet Sidhu, who was not an MLA, MP or a minister and had even lost his election.

Taking a dig at the Congress and Akalis, he said the previous chief ministers did not give time to their own MLAs and even senior leaders for meetings.

The former cricketer on Sunday had announced that he would meet Mann to discuss matters related to the revival of the state's economy.

“I came here for Punjab's progress. What should I say about CM saab (Mann), he has no ego and arrogance. He is the same today like he was 10-15 years back and even six months back,” said Sidhu while talking to reporters after the meeting at the Punjab Civil Secretariat.

“He has as much pain as I have,” said Sidhu.

The meeting between Sidhu and Mann started around 5.15 pm and lasted about 50 minutes.

Asked whether his meeting with Mann was positive, Sidhu said, “It is very positive. When a person is receptive then you do not feel the passing of 50 minutes.”

This meeting was for issues concerning changing the lives of people, he said.

The former Congress legislator suggested Mann that money to the tune of Rs 25,000 crore to Rs 30,000 crore could be generated from the liquor sector.

Sidhu stressed that it was necessary to generate resources for Punjab’s progress.

He urged Mann to end the contract system backed by politicians in the sand mining sector and fix the rate of sand.

“I see one thing that time will be up for Punjab's traitors, be it sand mining. I told him the voice of my soul,” said Sidhu.

“When you fix the rate of sand, everything will be set right. There is nothing called the sand mafia, it is the transport mafia,” said Sidhu.

He also cited an example of Telangana which was earning Rs 57 crore per week from sand mining against Rs 40 per annum generated by Punjab.

Raising the issue of cable monopoly in the state, Sidhu said that he felt that the CM would break it.

He said that he had been raising these issues during the previous Congress government.

Sidhu further pointed out that there were irregularities in the tender system and told CM Mann to bring out a standard tender system.

He also said that the nexus between police, politicians and drug peddlers should be broken.

“I told him one thing that it is a question of Punjab's honour which should not be broken,” he said.