Private sector lenders like ICICI, HDFC and Axis are open as they are not part of the protest 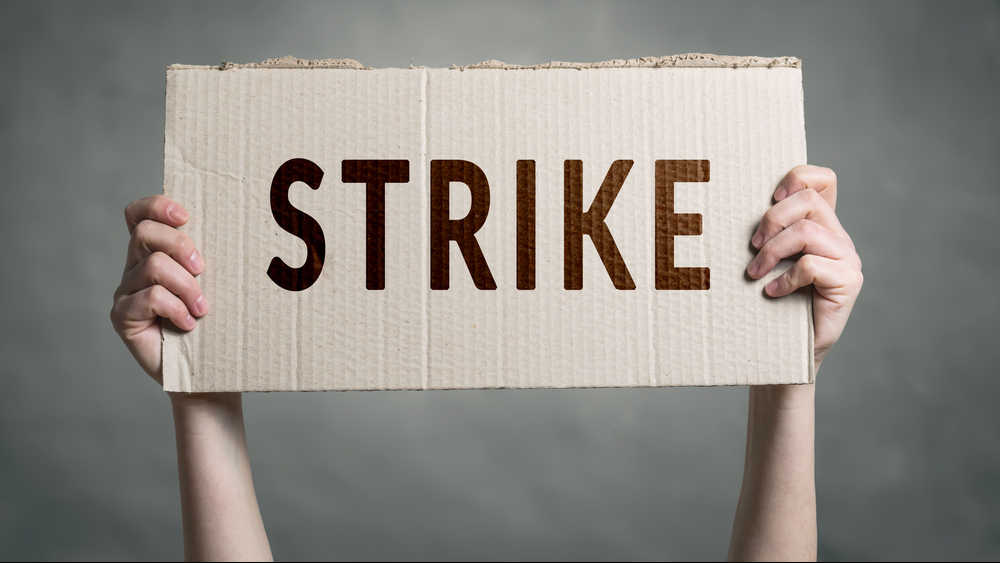 Banking services such as cash withdrawals, deposits, cheque clearing and business transactions were impacted across the country on Monday, the day one of the PSU bank union's strike, against the proposed privatisation of two more state-owned lenders.

United Forum of Bank Unions (UFBU), an umbrella body of nine unions, had given a strike call for March 15 and 16, and claimed that about 10 lakh bank employees and officers of the banks will participate in the strike.

All India Bank Officers Association (AIBOC) General Secretary Sowmya Dutta said the government policies are going to have ill effects on the economy as also it will be reflected in the upcoming polls in some states.

He said nearly all the bank employees have taken part in the two-day strike except for top-level employees.

He said the striking employees have taken out rallies, wherever permitted, across the country, and given a sat-in and if the government does not listen to them they will go for an even bigger, indefinite strike like the one on the lines of ongoing farmers' agitation.

"We are connected with crores of population through our branches, we are educating our customers about the government's ill policies and how it is going to impact them," Dutta said.

Through the Department of Financial Services, the bank unions have also conveyed to the Finance Minister to withdraw her statement from the floor of Parliament about privatisation of the state-owned banks, he added.

All bank employees from the scale I, II and III had a 100 per cent participation across the banking sector in Monday's strike, said a bank official who is not authorised to speak to the media.

"We call them assistant managers, managers and senior managers. At this level, there is 100 per cent participation in the strike and 80-90 per cent branches are headed by them," the official said.

The bigger branches headed by chief managers or AGMs are about 20 per cent, so even if these senior level employees are not taking part in the strike, they alone cannot run the bank, said the official cited above.

Meanwhile, branches of private sector lenders like ICICI Bank, HDFC Bank and Axis Bank are open as they are not part of the strike.

The government has already privatised IDBI Bank by selling its majority stake in the lender to LIC in 2019, and has merged 14 public sector banks in the last four years.