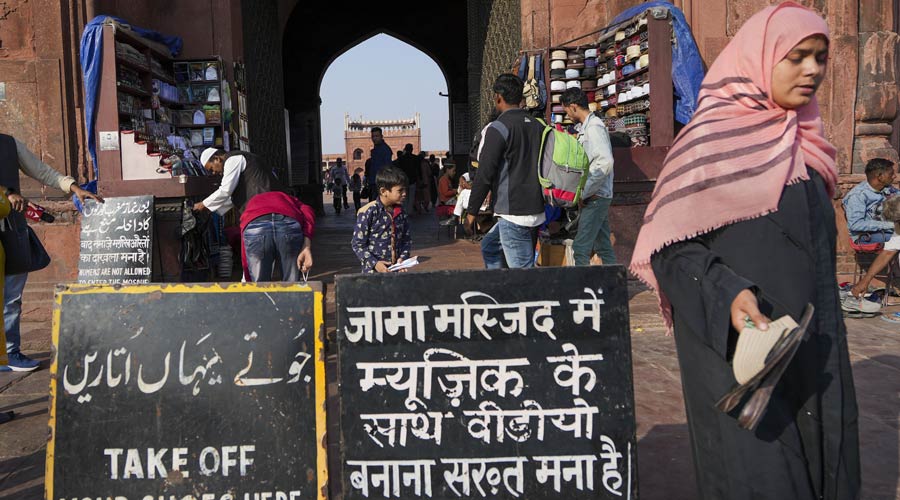 The National Commission for Women (NCW) on Wednesday took cognisance of Delhi's Jama Masjid putting up notices outside its main gates banning the entry of 'girls', whether alone or in groups, while activists called the decision regressive and unacceptable.

The notices, which have no date, came up a few days ago outside the three main entry gates, sources in the famed mosque's administration said. However, it has come to attention only now.

The NCW has taken suo motu cognisance of the matter and is deciding on the action to be taken, sources said.

Women rights activists hit out at the mosque's administration, saying it takes women centuries back.

Ranjana Kumari, an activist, said this is completely unacceptable. "What kind of 10th century mindset is this. We are a democratic country how can they do this. How can they bar women," she told PTI.

"This diktat takes us 100 years back. This is not just regressive but shows what kind of mindset these religious groups have about girls. It is extremely unfortunate," Yogita Bhayana , another women rights activist, said.

The notice by the mosque's administration reads,"Jama Masjid mein ladki ya ladkiyon ka akele daakhla mana hai (The entry of a girl, or girls is not permitted in Jama Masjid)."