The Centre last November withdrew the cover of Sonia, Rahul and Priyanka which now protects only the PM 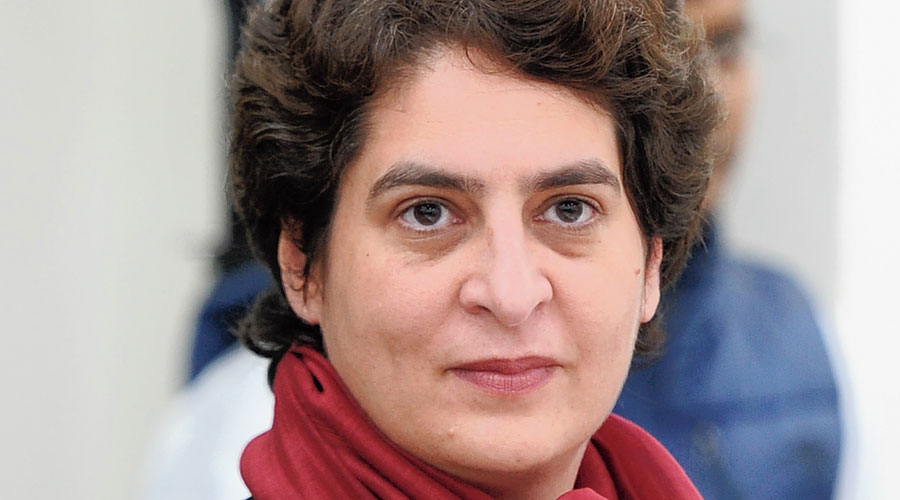 The Narendra Modi government on Wednesday asked Congress leader Priyanka Gandhi Vadra to vacate within a month the Lodhi Estate bungalow she had been allocated 23 years ago, pointing out she no longer enjoys the Special Protection Group cover that made her eligible for accommodation in the high-security zone.

“It is, therefore, advised to vacate the house on or before 01/08/2020. Any stay longer than August 1 will attract damage charges/penal rent as per rules,” said the order from the housing and urban affairs ministry.

Priyanka had been allotted the Lodhi Estate bungalow at Lutyens’ Delhi on February 21, 1997, on security grounds.

“Consequent upon withdrawal of SPG protection and grant of Z+ security cover by ministry of home affairs, which does not have provision for allotment/retention of government accommodation on security grounds to you, the allotment of Type 6B house No 35, Lodhi Estate, is cancelled with effect from July 1. One month concessional period on the same rent up to 01.08.2020 is allowed as per rules,” said the order.

An official told the news agency PTI that the monthly rent was Rs 37,000.

A home ministry official said: “Unlike her mother and brother (Sonia Gandhi and Rahul Gandhi), Priyanka is not an MP and therefore not entitled to a government bungalow.”

The SPG, an elite force of 3,000 commandos, now protects only the Prime Minister.

The Congress reacted sharply to the decision to ask Priyanka, the party general secretary in charge of Uttar Pradesh, to vacate the bungalow.

“PM Sh. Narendra Modi & his Govt are blinded by rage, hatred and revenge against the Congress leadership. Unnerved by political activism of Priyanka ji in UP, Modi Govt has stooped even further by issuing house vacation notice. Such frustrated attempts will not deter us,” Congress spokesperson Randeep Surjewala tweeted.

Congress veteran and Punjab chief minister Amarinder Singh said: “Any compromise on Priyanka’s safety could be construed as a political witch-hunt, especially when these orders have come at a time when she has been strongly and unrelentingly criticising the handling of the Covid crisis in Uttar Pradesh, especially the Prime Minister’s parliamentary constituency of Varanasi.”

The Centre last November withdrew the SPG cover of Sonia, Rahul and Priyanka, concluding that there was no “direct threat to the Gandhis” and accusing them of repeatedly violating the security protocol anyway.

The decision was implemented without an official announcement: the 200 SPG guards who protected each of the Gandhis were silently replaced with around 40 CRPF personnel for each.

The move had come just two months after the government removed the SPG cover of former Prime Minister Manmohan Singh.

The Gandhis and Singh now enjoy Z-plus security and are protected by CRPF personnel.

The Congress had then accused the government of “vendetta politics” against the Gandhis, as the Centre issued no official explanation for its decision and it was conveyed to the media through bureaucrats who spoke unofficially.