Modi blocked probe into Rafale deal to protect himself: Congress 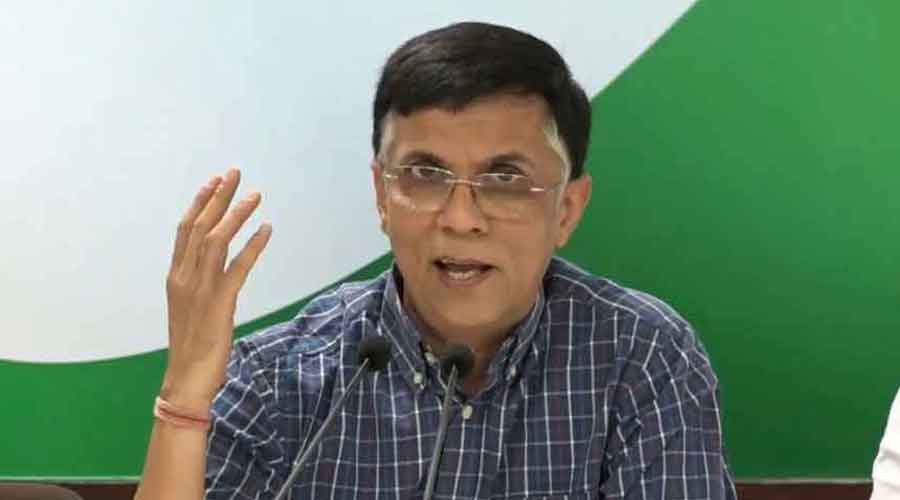 The Congress on Tuesday said Prime Minister Narendra Modi had blocked an investigation into the Rafale deal to protect himself, and dared the government to set up a joint parliamentary committee (JPC) now to uncover the truth.

“Why is the government not ordering an investigation if the BJP thinks the Congress is at fault? Are they fools that they are saving the Congress by stonewalling inquiries? Order a JPC now. And make the electoral bonds public; everything will be clear, which party got money from what sources,” Congress spokesperson Pawan Khera said at a news conference, after the BJP accused the Opposition party of benefiting from Rafale kickbacks when the UPA was in power.

French investigative journal Mediapart had revealed on Monday that the CBI and the Enforcement Directorate have since 2018 had evidence that kickbacks were paid by Dassault Aviation to a middleman between 2007 and 2012 to help it secure the Rafale deal, but the agencies did not pursue the matter.

The BJP seized on the revelation of kickbacks being paid when the Congress was in power to accuse the party of corruption, but did not explain the inaction by the central agencies since 2018.

“On October 11, 2018, the Mauritius government handed over documents of payments made in the deal to the CBI. And on October 23, 2018, Modi raided the CBI office in the middle of the night and removed CBI director Alok Verma,” Khera told a news conference on Tuesday. “Modi colluded with the corrupt and hence had to protect the corrupt,” he said.

The Congress has long held that Verma was removed as the CBI chief in the midnight operation to prevent an investigation into the Rafale deal.

Rejecting the BJP’s attempt to accuse the Congress of taking kickbacks, Khera said: “The French news portal has reported that Dassault hired Sushen Gupta in 2000 when the Vajpayee government was in office. Payments were made to him in 2002 and 2004 during the BJP regime as well. Middlemen are regime agnostic, the services continued.”

He added: “It is pathetic that the BJP remembers the dates when payments were made in the UPA’s time but doesn’t talk about the critical events under the Modi government.”

The Congress spokesperson went on to list those “events”.

“The Enforcement Directorate seized confidential documents from Gupta’s house during a raid in connection with some other case on March 26, 2019. The seized papers included the benchmark price document for Rafale from 2015, minutes of defence ministry meetings, Excel sheet of the ministry’s calculations, competitor Eurofighter’s letter written to then defence minister Arun Jaitley and a note dated June 24, 2014, sent to Dassault by Gupta that he can arrange a meeting with the political high command,” Khera said.

The leak of these sensitive documents should have been taken very seriously, the Congress spokesperson said.

“What action did the government take? Why was an FIR not filed? Who was in power in June 2014? Did the promised meeting with the political high command take place? Did the government find out who was leaking the documents?” he asked.

“This is treason. This is playing with national security. Why was the deal not cancelled when the government discovered that Dassault was taking the help of middleman?”

Khera underlined: “The Rafale scam is not about payment of commission. The biggest defence scam of India is about compromising with national security.”

He dismissed as irrelevant the payments made to Gupta during the UPA years because the deal didn’t go through at that time, and stressed that the UPA government had followed due process, issuing an international tender for the purchase of aircraft.

The Congress spokesperson said: “What did Modi do? He purchased 36 aircraft without following the due process, increased the price from Rs 526 crore to Rs 1,670 crore, dropped the technology transfer clause and went to the extent of removing the no-corruption clause. He made a personal intervention to revoke the integrity clause and sovereign guarantee, going against the advice of the defence ministry and the law ministry.”

Khera recalled that on October 4, 2018, former BJP Union ministers Arun Shourie and Yashwant Sinha and lawyer Prashant Bhushan had submitted a memorandum to then CBI chief Verma seeking a probe into the Rafale deal.

“On October 11, 2018, the Mauritius government handed over documents of payments made in the deal to the CBI. And on October 23, 2018, Modi raided the CBI office in the middle of the night and removed Alok Verma,” he said.

The entire Rafale operation was handled by the Prime Minister himself and the Congress would not blame the government, Khera said. “Circumstantial evidence points the needle of suspicion towards the highest authority in the government,” the spokesperson said.

Congress leader Rahul Gandhi, who had repeatedly raised the issue of corruption in the Rafale deal before the 2019 elections with the slogan “Chowkidar chor hai”, tweeted on Tuesday: “When truth is with you at every step, why do you worry? My dear Congress friends, keep fighting this corrupt government. Don’t give up, don’t be afraid.”

At the news conference, Khera said: “Now the difference between chowkidar and chor has disappeared. People know what is the truth.”

While a fresh petition in the Supreme Court in the light of new revelations is not being ruled out, the Congress’s priority is to raise the matter with full force in the Parliament session starting later this month.