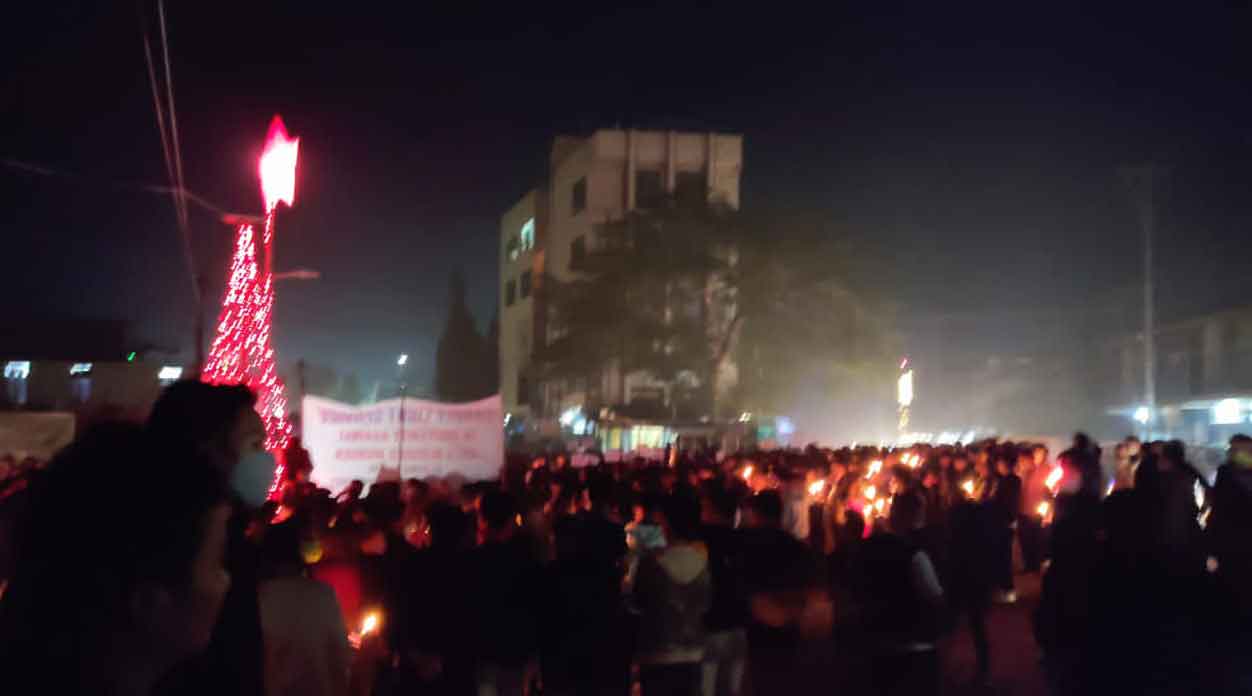 Protesters carry out a rally in Dimapur against the death of civilians
Twitter/ @iindrojit
Our Special Correspondent   |   New Delhi   |   Published 07.12.21, 02:50 AM

The Indian Army has begun an internal inquiry headed by a major general into the Nagaland killings. “A Court of Inquiry under a major general rank officer is under way to probe the killings. “The inquiry has started under the officer who is posted in the Northeast sector,” said an officer.

Sources in the army headquarters said the inquiry team would trace the sequence of events leading to the firing.