'Budgetary allocation has gone up, giving a fresh impetus to the building of border infrastructure' 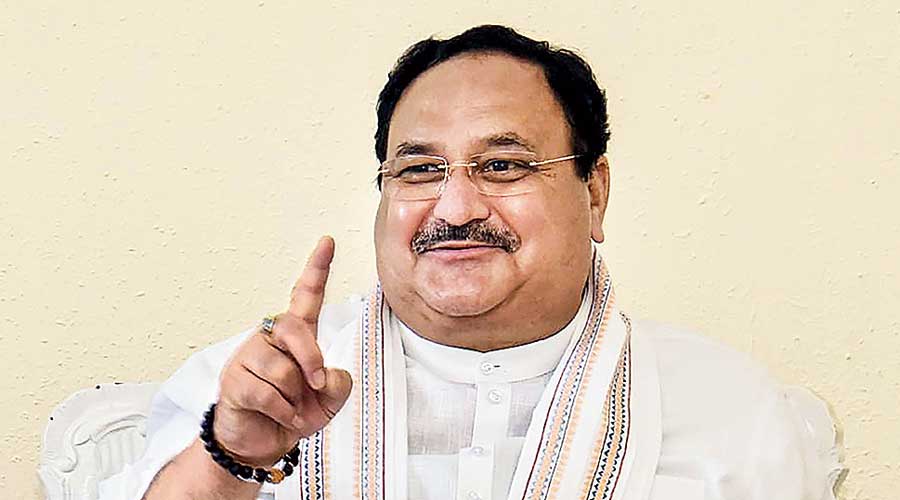 BJP president J P Nadda on Saturday credited Prime Minister Narendra Modi for prioritising the defence sector by increasing budgetary allocations for it manifold, giving a fresh impetus to the building of border infrastructure and boosting the morale of the armed forces by celebrating Diwali every year along with soldiers on the borders.

"Everyone prefers to celebrate Diwali at home. But Modi ji celebrates it invariably with the jawans on some border or the other. He has not just boosted their morale by doing so but also given a message to the entire country that it is because of soldiers deployed along the borders that the rest of us can celebrate Diwali at home," Nadda said.

"Modi ji has created a new enthusiasm and trust in the armed forces," Nadda said at an interactive programme with ex-servicemen at Raiwala where he also honoured them.

He said budgetary allocation for defence has gone up manifold ever since Modi assumed office at the Centre and there is far greater emphasis today on the building of border roads and rail links in border areas.

Measures like these have made it clear that defence is a priority for the prime minister, Nadda said.

He said the world's longest highway tunnel of 9.02 km connecting Manali in Himachal Pradesh with Leh at a height of 10,000 feet, whose foundation stone was laid by former prime minister Atal Bihari Vajpayee, was implemented under Modi's leadership after hanging fire for 10 years under the UPA.

It also connects Manali to Lahaul-Spiti valley throughout the year. Earlier the valley used to be cut off for about six months every year due to heavy snowfall.

Nadda also spoke of new tunnel projects being built by the Border Roads Organisation (BRO) on road and rail routes, and added 73 border roads and 3,812 km all-weather road being built under Modi's leadership.

Speaking at the event, Uttarakhand Chief Minister Pushkar Singh Dhami thanked the party leadership for giving the son of a retired army man like him the opportunity to serve the state as the "Mukhya Sevak".