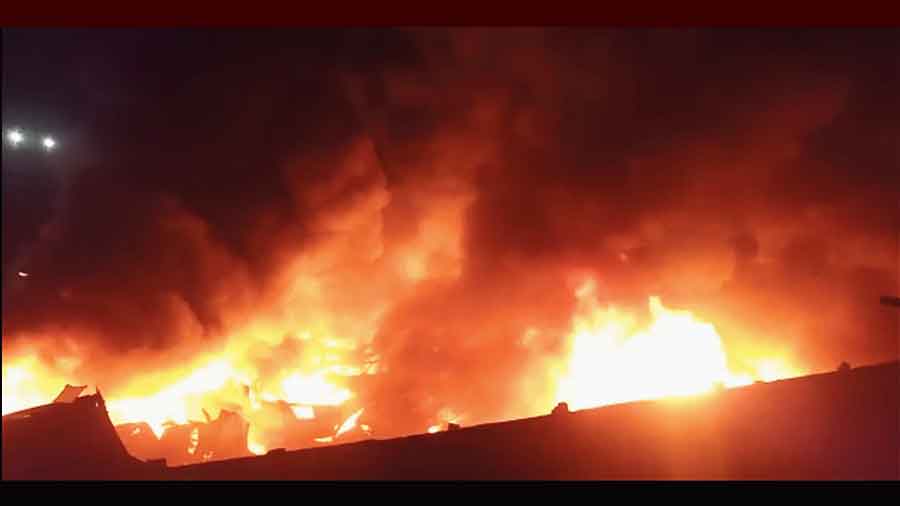 The Forensic Science Laboratory (FSL) submitted the DNA reports of around 10-12 victims of the Mundka fire tragedy to the Delhi Police on Tuesday, officials said.

Forensic teams have matched several samples with the DNA of the family members of the missing persons.

On Monday, only one DNA report of the exhibits was received at the Mundka police station. Sincere efforts are being made with the FSL authorities for collecting the remaining reports, Deputy Commissioner of Police (Outer) Sameer Sharma said.

A senior FSL official said, "We had received a total of 110 samples for DNA tests. On Tuesday, we will issue over 30 samples related to around 10 to 12 victims. We released around 20 samples on Monday and the remaining samples are likely to be released on Wednesday and Thursday."

A total of 27 bodies were preserved at the Sanjay Gandhi Memorial (SGM) Hospital and the blood samples of the family members of the victims were sent to the FSL for DNA profiling and matching. Eight of the 27 bodies have been handed over to the family members, police said.

Of those eight victims, the DNA profiling of seven have been done with their family members. Since the DNA profile of a female victim (Ranju Devi) did not match with that of her son, the blood samples of her parents are being taken for DNA matching, the DCP said.

Their family members have been asked to come to the SGM Hospital at Mangolpuri on Wednesday to receive the bodies after post-mortem, they added.

The FSL authorities have also been requested for taking fresh blood samples of accused Harish Goyal and Varun Goyal for matching with the body of their father Amar Nath Goyal, police said.

"We got to know that eight more victims were identified on Tuesday. But we are still waiting to hear from the authorities," Manoj Kumar, the husband of a victim, said.

"We have formed multiple teams for the DNA examination.... Now that we have received the samples, we are proceeding with the entire process of DNA profiling. Since it is a complex process, it takes time," an FSL official had earlier said, adding that DNA sampling generally takes about one to two weeks, depending also on the condition of the samples.