Sidhu Humanabade, 20, was passing by the hospital when he joined the rescue operation 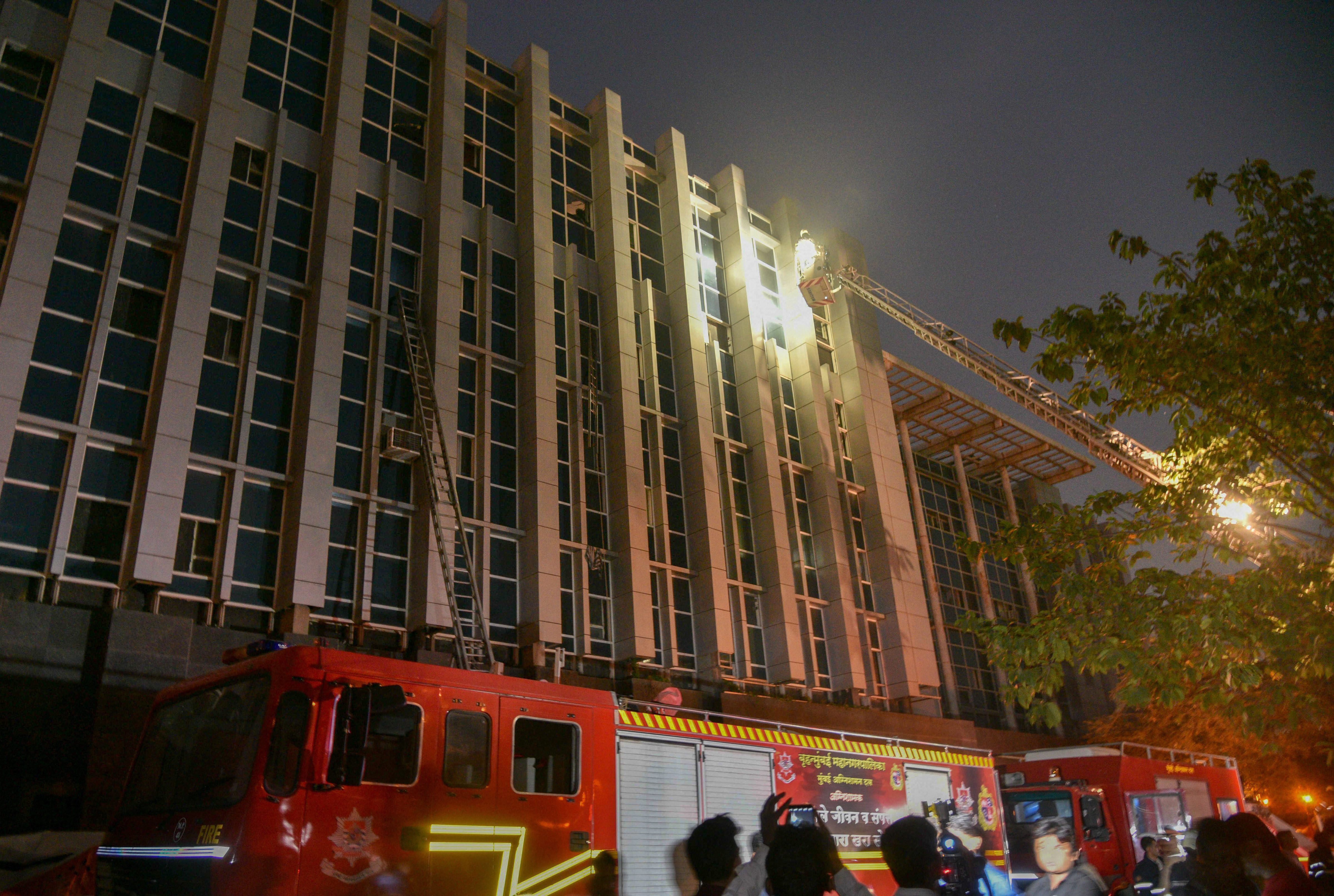 A 20-year-old Swiggy executive, who was out delivering food, saved 10 lives from the massive fire at a Mumbai hospital that killed eight people.

Sidhu Humanabade was passing by when he saw smoke billowing out from the upper floors of the ESIC Kamgar Hospital. He left his bike and asked the firemen if he could join them in rescuing people. After a nod from officials, he reached the fourth floor of the building with the help of the fire brigade's ladder and rescued some stranded patients and visitors.

Braving the dense smoke that engulfed the area, he managed to bring 10 people out to safety in two hours. He choked on the smoke and is currently admitted at the nearby Seven Hills Hospital.

Speaking to PTI from his hospital bed, Sidhu said when he heard people crying for help, he could not stop himself. 'I joined the firemen in their rescue operation. Thankfully, the firemen allowed me to climb their ladder to reach the fourth floor. I broke the building's glass with an axe and entered the premises.'

He then asked the patients to come over to the window ledge and brought them down one by one. 'One patient slipped from my hand and fell down, but fortunately she survived,' said Sidhu.

Sidhu is from Airoli but shifted to Andheri's Marol, where the hospital is, with his uncle a few days ago when he joined Swiggy.

Union minister of state for labour and employment Santosh Gangwar Tuesday met the victims admitted in various city hospitals and assured that they would be provided proper treatment.

Sidhu said the minister met him too and enquired about his health. 'It was nice to get appreciation from him,' he said.

A woman recalled how she saved herself and her infant daughter. Reenu Narayan had brought 8-month-old Sonika, suffering from pneumonia, to the hospital. 'When I saw people crying and screaming all over the place and the smoke spreading fast, I picked up my baby and ran. I was lucky to find a passage to reach out to safety,' Narayan said.

All the rescued patients and visitors are undergoing treatment in seven hospitals across the city and 29 of them are in the Intensive Care Unit, a civic official said.

Maharashtra chief minister Devendra Fadnavis on Tuesday ordered a probe into the fire. The Union labour ministry also announced a compensation of Rs 10 lakh for the families of each of the deceased, Rs 2 lakh for victims who received serious injuries and Rs 1 lakh for those who suffered minor injuries.

On Tuesday, hospital employees protested against its management alleging 'poor' working conditions and infrastructure. 'The hospital building doesn't have fire safety installations nor any emergency exits. Its renovation work began 10 years ago and is still on. Doctors and nurses keep falling sick due to the bad working conditions. We want our grievances to be addressed,' a protester said.

Mumbai-based public health activist Ravi Duggal said the Employee's State Insurance Corporation (ESIC) has a huge cash reserve that is required to be spent properly on hospitals run by it. 'The ESIC has reserves worth Rs 50,000 crore. The money is being used to open medical colleges, which is not mandated. It (ESIC) gets a contribution of Rs 16,000 crore every year from its members, but only Rs 7,000 crore is used for healthcare and the remaining is used somewhere else, like investments in corporate bonds,' he said.