More than a road divides riot-hit belt in Delhi

Mutual fear and suspicion have replaced cordial relations, a change that could make it harder to defuse tensions between the 2 communities 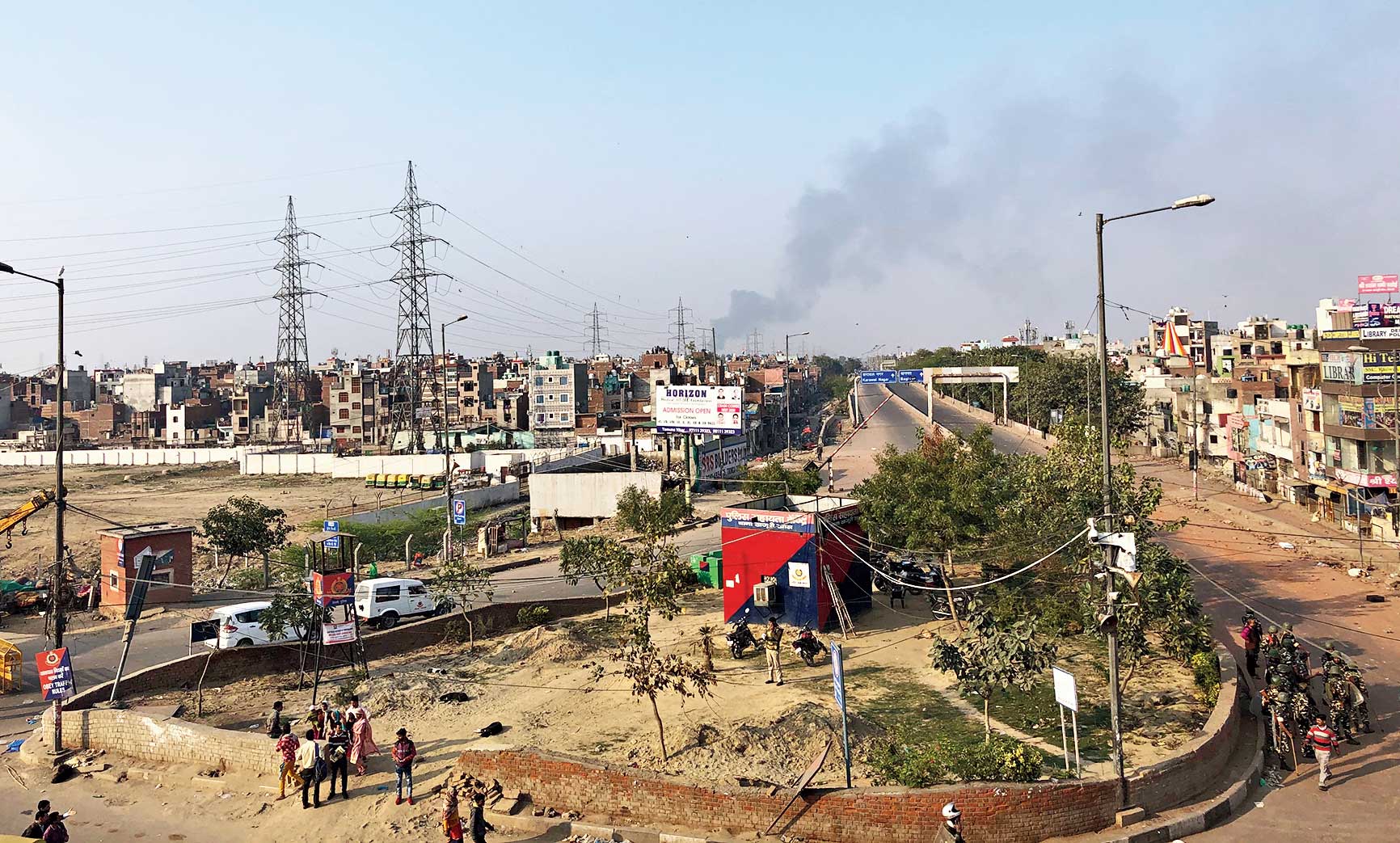 The Hindu area of Bhajanpura and the Muslim quarter of Chand Bagh face each other across a wide thoroughfare running through the northeastern part of Delhi.

After days of deadly riots between members of the two communities, neighbourhoods that lived happily together for years are now divided by far more than a road.

Mutual fear and suspicion have replaced generally cordial relations, a change that could make it harder to defuse tensions between the two communities.

Some residents are trying to understand how a peaceful part of the capital became a battleground virtually overnight.

By mid-week the main road was strewn with broken glass, bricks and the charred remains of destroyed cars.

At least 42 people died in the clashes, hundreds were wounded and buildings were torched in the worst sectarian violence in Delhi in over three decades. An uneasy calm had settled over the area by Thursday.

“I have lived here for 35 years,” said Santosh Garg, a Hindu who described a narrow escape on Monday when a mob of Muslim men set her house alight.

“I have never had a problem, never had a complaint,” the 52-year-old told Reuters, referring to her mostly Muslim neighbours across the way. “I still can’t understand what happened.”

Garg said she lowered her two grandchildren from a balcony and into the arms of police officers to get them away from the blaze. She herself jumped on to an adjoining terrace.

In the Muslim quarter a few hundred metres away, Rubina Bano said she was at an anti-government demonstration when the police fired tear gas to break up the protest and a Hindu crowd started throwing stones.

Bano, who is three months pregnant, said she was beaten by the police and needed 20 stitches in her head.

Delhi police did not respond to requests for comment for this story. On Tuesday evening, the force had issued a statement saying it was doing its utmost to control the violence and urged people to maintain peace.

Like hundreds of thousands of Muslims across the country, Bano had spent weeks protesting against the new citizenship law that gives non-Muslims from three neighbouring countries a fast-track to Indian citizenship.

When protests began in December, clashes were mostly between anti-government demonstrators and the police. At least 25 people died that month, mainly in Uttar Pradesh.

This week in Delhi, the violence was largely between Hindus and Muslims, raising fears that large-scale communal bloodshed could return.

In northeastern Delhi, the risk is clear. Tempers are running high even as riots subside.

Near a badly burnt fuel station in Bhajanpura, a group of Hindu men fumed at the damage suffered by their community.

“If this is what the minority can do, wait till you see what the majority can do when it picks up arms,” Ajay Choudhary, a yoga instructor, loudly declared to applause and cheers, as he pointed to burned buildings.

“We had to do something to defend ourselves. They were lusting for blood,” said Ashish, a 21-year-old student who only gave his first name.

Faith in the ability of politicians and the police to contain the unrest is wearing thin among local residents.

“This is all the work of politicians who don’t want the communities to stay together,” said Bano, injuries visible on her head, arms and legs.

During recent Delhi elections the BJP led a communally charged campaign whose viciousness was without precedent in recent memory. Junior finance minister Anurag Thakur encouraged a crowd to chant “shoot the traitors” during a rally.

Union home minister Amit Shah led from the front, spewing venom on those participating in the Shaheen Bagh vigil against the citizenship matrix.

On Thursday, another BJP leader, information and broadcasting minister Prakash Javadekar, said it was Opposition parties that had fanned the violence during months of protests against the citizenship law.

“This is not about the violence that’s gone on for two days. For two months, people have been provoked,” he said.

Some residents pointed the finger at the police for failing to do enough to protect them from attack. The Delhi force is controlled by Shah’s home ministry.

Kalam Ahmed Khan of Chand Bagh said the police should have done more to prevent the clashes this week. “All this has happened under the police’s nose,” he said.