Sonu Khandare, 37, an accountant, embarked on the journey to a village in Maharashtra’s Amravati district on her scooter on April 25 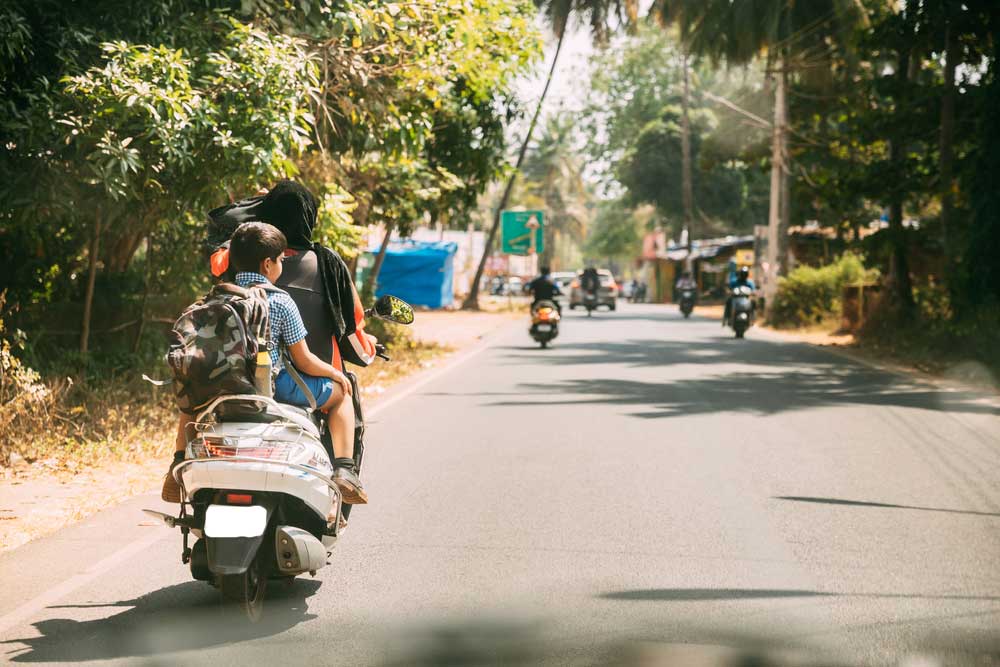 A distress call from her 14-year-old son forced a woman from Pune to travel 1,200km to Amravati on a two-wheeler to bring him home amid the Covid-19 lockdown, riding for 18 hours through some of the most hostile climactic regions in the country and sleeping on the road at night with only CCTV cameras watching over her.

Sonu Khandare, 37, an accountant with a private firm, embarked on the gruelling journey to a village in Maharashtra’s Amravati district on her scooter on April 25 and returned with her son the following day with just an hour left for her travel permit to expire, all the while remaining exposed to the novel coronavirus in India’s most-affected state.

“My son Prateek had gone to my in-laws’ place at a village in Anjangaon Surji tehsil on March 17 and got stuck there after the lockdown (in the state) was announced on March 22,” Khandare said.

Khandare and her husband had initially not been worried about the boy’s well-being, but when the lockdown was extended till May 4, they got restless.

Khandare approached the district authorities, applied for a travel pass online and even considered hiring a car for the journey, which would have cost her an exorbitant sum of Rs 8,000.

After none of these options seemed viable, she personally went to the police commissioner’s office to get special permission.

“When I was granted a travel pass for 48 hours on April 24, I just headed home, packed some food and water and left on my two-wheeler without thinking twice,” Khandare said.

The trip proved to be a test of her grit and perseverance, as she had to encounter the harsh weather and dry terrain of Marathwada and Vidarbha along the way.

“I kept riding my scooter even at night, with no light except the dim headlight. To make things worse, I was stopped and questioned at every checkpost along the way,” Khandare said.

Late in the night, Khandare halted at a petrol pump along the highway near Khamgaon and slept on the sidewalk under the watchful gaze of CCTV cameras.

“When I noticed the CCTV cameras near the petrol pump, I decided to rest there on the open ground as I believed that if anything were to happen to me, it would be recorded,” she said.

Khandare made an early start on April 25 and reached her in-laws’ home in the afternoon.

“I hardly spent a couple of hours there, as I kept thinking about getting back home safely before my travel pass expired,” said the mother of three, who had to tackle dehydration and hunger, apart from the rough terrain and potholed roads.

Khandare reached home at Bhosari in Pune around 11pm on April 26, just an hour before her travel pass was to expire.

“My son and I immediately rushed to the hospital to check if we needed to be quarantined as we had travelled,” she said, adding that doctors only advised her home quarantine for 14 days and bed rest.

The trip has taken a toll on Khandare, who is pursuing her post-graduation in commerce.

However, the fact that she and her son were now together during an unprecedented crisis has made the journey worthwhile, she said.