Bhagmal, Lalit Ram, Hira Singh and Parmanand, who reports said were all aged above 95, were driven down Rajpath in an open jeep 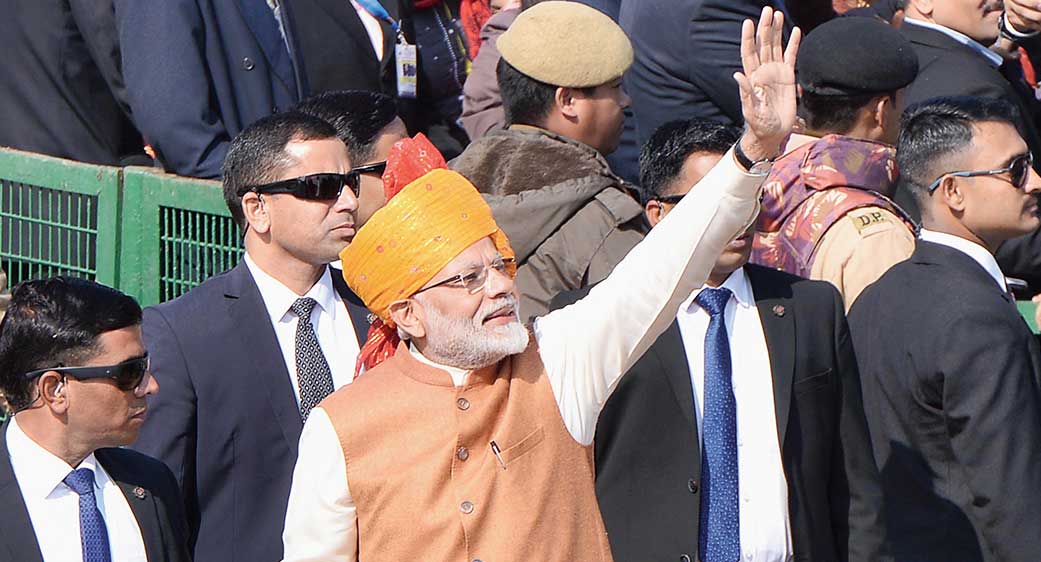 Prime Minister Narendra Modi and the BJP on Saturday played up the “historic first” of four veterans from Netaji Subhas Chandra Bose’s Indian National Army participating in the Republic Day parade on Rajpath.

Coming a day after the announcement of the Bharat Ratna for former President and Congress veteran Pranab Mukherjee, the move is being seen as another attempt to court the Bengal electorate ahead of the general election.

Bhagmal, Lalit Ram, Hira Singh and Parmanand, who reports said were all aged above 95, were driven down Rajpath in an open jeep.

The Prime Minister posted a news report on his Narendra Modi App and the BJP tweeted that this was a proud moment for India and Bengal.

“The four veterans, who fought (in) World War II, will be seated in jeeps that will march past Rajpath during the Republic Day parade. The move is being viewed as (the) Modi government’s endeavour to give due credit to Subhas Chandra Bose,” the report on the PM’s app said.

Recently, Modi had inaugurated a museum at Red Fort on Bose and the INA, also called the Azad Hind Fauj. The Prime Minister has also renamed three islands in the Andamans in honour of Bose’s legacy. These decisions have been construed by many as a desperate attempt to appropriate Bose.

The BJP, which fears setbacks in the heartland states in the general election, is eyeing compensatory wins in Bengal and the northeastern states.