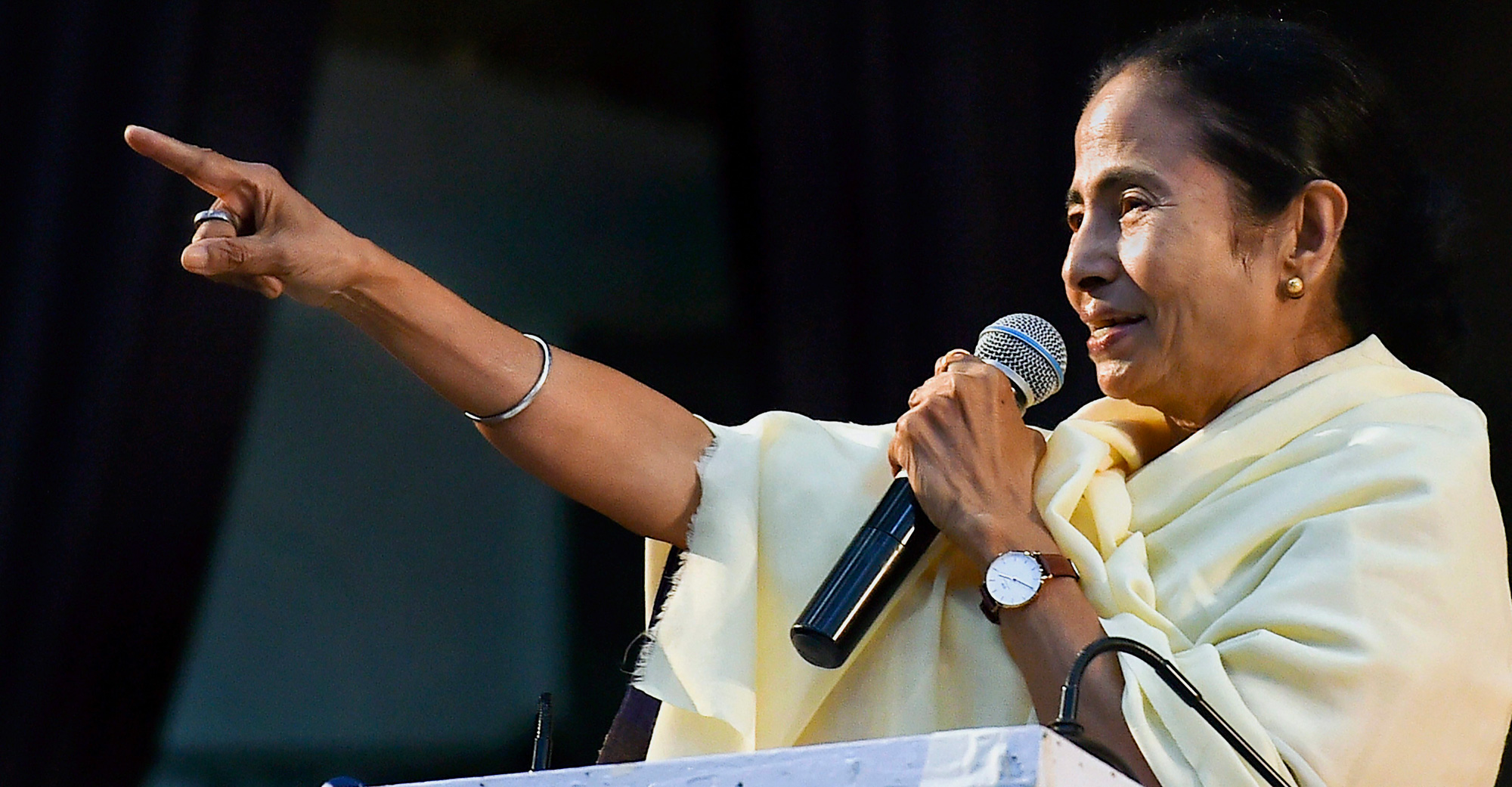 West Bengal Chief Minister Mamata Banerjee on Monday targeted the Modi government, alleging that though the Centre had intelligence inputs about the Pulwama attack, it did not take any step as it was more keen on “playing politics over the dead bodies of jawans”.

Addressing the Trinamool Congress's (TMC) extended core committee meeting here, she alleged that in the last over four-and-a-half years, the BJP, along with forces like the Vishva Hindu Parishad and the Rashtriya Swayamsevak Sangh, has tried to divide the country on religious lines by injecting the “poison of hatred and communalism among the masses”.

She vowed to oust the “dictatorial Narendra Modi government” from power in the upcoming general election.

The TMC supremo, who had organised a conclave of over two dozen anti-BJP parties at the Brigade ground here on January 19, is all set to attend a crucial meeting of the opposition parties in Delhi on February 27.

She claimed that the TMC will win all the 42 Lok Sabha seats in West Bengal.

”What were you doing Modi babu when the Pulwama attack took place? The central government was aware that such an attack can take place, there were intelligence inputs. Then why didn't the government take action to protect our jawans. The government allowed them to die so that they can do politics over the dead bodies of jawans in the elections,” the chief minister said.

”Why did they not sanitise the road taken by the CRPF jawans,” she asked.

On February 14, 40 Central Reserve Police Force (CRPF) personnel were killed in Jammu & Kashmir after a Jaish-e-Mohammed militant rammed an explosive-laden vehicle into their bus in Pulwama district.

Criticising those who have been taking out bike rallies with national flags in the middle of the night over the Pulwama attack and beating up people in the name of nationalism, Mamata said action will be taken against such elements as only “criminals and dacoits” take out their bikes at midnight.

”The VHP, RSS and the BJP are such forces which have not only tried to divide the country on religious lines but has also infused the poison of communalism and hatred among the masses. We have to remove this dictator Narendra Modi and Amit Shah from power to save the country,” she said.

The central government is functioning in a peculiar way and Union ministers are not aware of important decisions,Mamata claimed, adding that the government is being run by two brothers (Modi and Amit Shah), who have the blood of innocents on their hands.

Accusing the Modi government of pursuing vendetta politics, she said whenever any opposition party tried to speak up against the Modi government, central agencies such as the Central Bureau of Investigation and the Enforcement Directorate have been used to harass them.

Mamata had sat on a dharna for three days recently over a CBI action against outgoing Calcutta Police commissioner Rajeev Kumar in the Saradha chit fund scam.

A prime mover of the opposition coalition against the Modi government, she supported the collective leadership of the anti-BJP alliance.

”Those who claim to be leader on their own are not leaders. A person who is respected, loved and appointed as leader by others is the real leader,” Mamata said, taking a veiled dig at Prime Minister Narendra Modi and BJP president Amit Shah for frequently alleging that the opposition alliance doesn't have a leader.

Taking a dig at Shah's claim that the BJP will win more than 23 seats in Bengal, Mamata alleged that the saffron party will try to tamper with the EVMs to reach its target and hence, is making such claims.

”We have to be cautious and thwart those efforts,” she added.

Setting a target of winning all 42 Lok Sabha seats in the state, Mamata asked party workers to not pay heed to the proposed alliance between the CPI(M) and the Congress in the state, and said both parties are likely to have a covert understanding with the BJP to fight the TMC in Bengal.

”Don't get bothered with what the Congress is doing at the state level or the CPI(M) is doing here. We have earlier also seen them forging alliances. In some places, they might also join hands with the BJP to stop us, but be rest assured that people are with us and we will win all the 42 seats,” she said.

The CPI(M) and Congress had forged an alliance in the 2016 assembly polls against the TMC in the state. The alliance had failed to have an impact as the TMC won 211 seats in the state.

A measured response to Pulwama is the need of the hour