On Saturday, Trinamul expressed its displeasure at Modi purportedly speaking only to Bengal governor Keshari Nath Tripathi about the post-Fani situation in the state 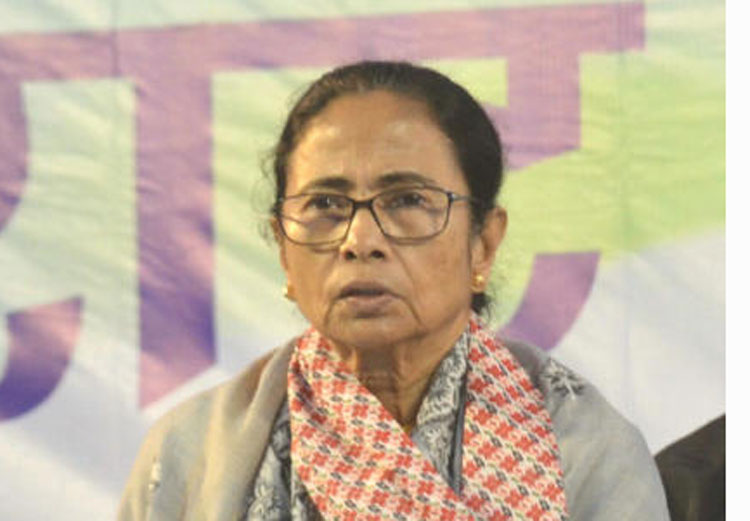 Mamata, who had suspended all campaign activities in view of the storm, resumed her attack on Modi and his party in road shows at Chandrakona and Ghatal in West Midnapore.
Telegraph file picture
Meghdeep Bhattacharyya   |   Calcutta   |   Published 05.05.19, 02:45 AM

As the sky cleared after Cyclone Fani, politics returned to the centre stage in Bengal with the Trinamul Congress and the BJP whipping up a storm over Prime Minister Narendra Modi allegedly omitting Mamata Banerjee from the list of government functionaries he spoke to on the calamity.

On Saturday, Trinamul expressed its displeasure at Modi purportedly speaking only to Bengal governor Keshari Nath Tripathi about the post-Fani situation in the state. Trinamul alleged that this was an attempt to bypass the Bengal administration though the relief and rehabilitation after any natural calamity is primarily the state’s responsibility.

Trinamul leaders pointed out that Modi had called up Odisha chief minister Naveen Patnaik, but did not phone Mamata although the calamitous storm passed through both states. “These attempts to bypass the chief minister have the sole objective of undermining her position. It is unacceptable,” said a Trinamul source. “This is condemnable politics,” he added.

“This is an attack on our federal structure. A deviation from the Constitution. By calling the governor (only), he acted as a leader of the BJP, not as a Prime Minister,” the statement said.

“How can he deny the mandate of our people? Mamata Banerjee is the elected chief minister of Bengal…. This is most unfortunate,” he added.

Chatterjee was referring to a series of tweets from Modi, talking about the post-Fani situation in Odisha and Bengal.

“Spoke to Odisha CM Naveen Patnaik Ji and discussed the situation prevailing due to Cyclone Fani. Assured continuous support from the Central Government in the wake of the cyclone. The entire nation stands in solidarity with all those affected by the cyclone in different parts,” Modi tweeted on Saturday.

“Had a discussion with Odisha Governor Professor Ganeshi Lal Ji on the situation in the state due to Cyclone Fani. Assured all possible help from the Centre to the sisters and brothers of Odisha, who are showing exemplary courage in the face of a natural disaster,” the Prime Minister wrote in a separate tweet.

However, on Bengal, the lone tweet talked about Modi’s interaction with Tripathi.

“Spoke to Shri Keshari Nath Tripathi Ji, the Governor of West Bengal on the situation due to Cyclone Fani. Reiterated the Centre’s readiness to provide all help needed to cope with the cyclone. Also conveyed my solidarity with the people of Bengal in the wake of Cyclone Fani,” Modi tweeted.

Later in the day, Tripathi went to Kakdwip for a recce of the post-Fani situation.

“The Prime Minister was extremely concerned.... he wanted to know if there is need for more funds or assistance. He wanted to know the extent of the damage. I have come here to see that,” Tripathi said.

Chatterjee accused the Centre of step-motherly treatment of Bengal. “Before this, when the state was devastated by floods, the state government asked for help many times from the Centre. The Centre is eager to help out Odisha and other states, Bengal was deprived,” he said.

“The state, however, has been doing everything it can, as usual, for relief and rehabilitation,” Chatterjee, also a minister added.

Modi, who will come to Bengal for rallies on Monday, also tweeted that he would visit Odisha that morning.

In the afternoon, Mamata, who had suspended all campaign activities in view of the storm, resumed her attack on Modi and his party in road shows at Chandrakona and Ghatal in West Midnapore.

Praising divinity for saving the state from greater damage, she urged people against voting for the BJP.

“Do not give the BJP a single vote. I have never seen a party so immoral, bereft of ideology and lacking courtesies,” she said at Chandrakona.

“When a party campaigns, the least we expect are basic courtesies…. We support decency in politics. This is our culture. They lack these qualities. We must protect the Bengali culture from them,” the chief minister added, calling the Modi-led Centre “a government of thieves”.