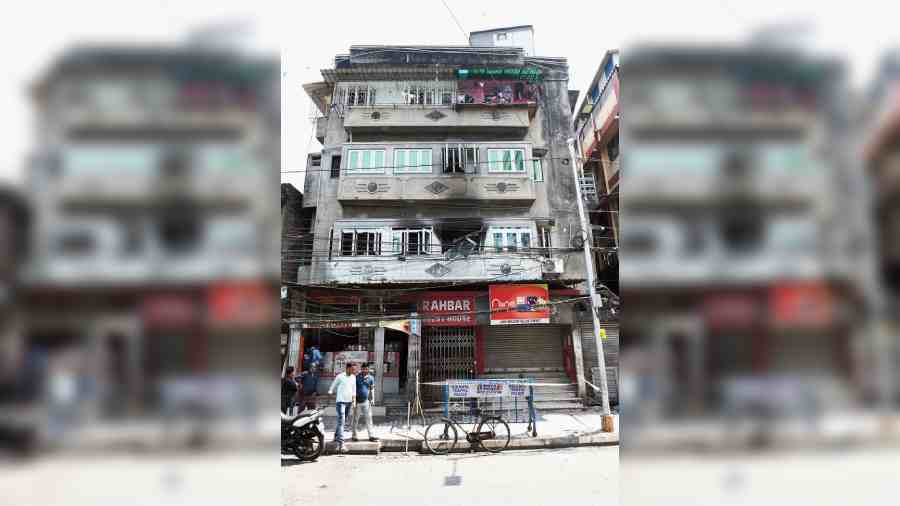 Right-wing activists on Friday set ablaze two houses belonging to the family of a Muslim man accused of kidnapping a Hindu woman, who said in a video clip that she went willingly with him. Police arrested eight people involved in the mob attack, which they said was carried out by members of a group known as Dharam Jagran Samanvay Sangh.

A police post in-charge was suspended for negligence and a probe ordered against the local SHO. Police said the mob torched the house in the city's Runakta locality, where Sajid, a gym owner, stayed. An adjoining house belonging to the family was also set on fire.

The mob was demanding his arrest for 'kidnapping' the woman, who police said is 22 years old but still in school. Shops in the local Runakta market also downed shutters, with traders making the same demand. There were no reports of any injuries in the attack on the gym owner's home. The woman, who is a class 11 student, went missing on Monday. She was traced two days later by police, but Sajid's whereabouts were not known.

Her family members had lodged a missing person's report, prompting a police search. Apparently on the basis of their complaint, a case was also registered under section 366 of the Indian Penal Code. The section relates to kidnapping of a woman with the intention of compelling or seducing her into sex or marriage.

But in a video that surfaced on social media, the woman said she is an adult and had gone willingly with the man, according to police. Both are adults, Agra's Senior Superintendent of Police Sudheer Kumar Singh told reporters.

He said police will produce the woman in court. They couldn't do that so far because of the court holidays. The local police post in-charge was suspended after the incident for negligence and an inquiry ordered against the Sikandra station house officer. If found guilty, action will be taken against him as well," the SSP said.