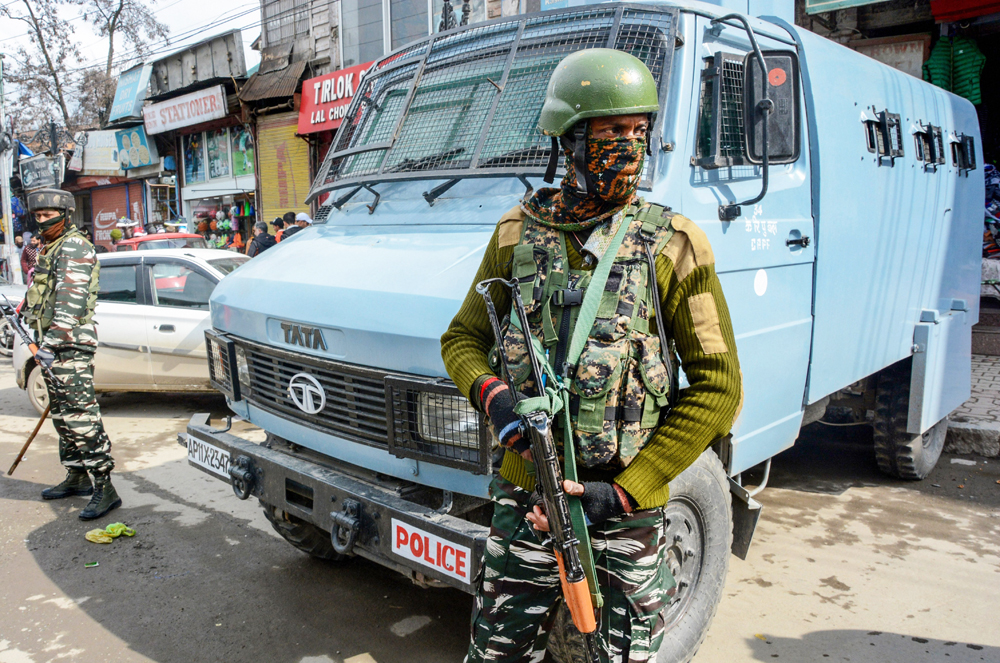 External affairs minister S. Jaishankar made a surprise visit to the Valley on Monday to reassure the parents of students who are stuck in coronavirus-hit Iran.

Three pilgrims from the erstwhile Jammu and Kashmir state who have returned from Iran have tested positive for the virus.

Jaishankar arrived in Srinagar in the morning to assuage the angry families, who have been alleging that Delhi is not serious about bringing back the hundreds of students and pilgrims from Jammu, Kashmir and Ladakh stranded in Iran.

The parents have been urging the Centre to fly their children out at the earliest. The foreign minister’s visit was meant to reflect the urgency with which the government was treating the matter.

Jaishankar had a one-hour meeting with the parents at Srinagar’s Sher-e-Kashmir International Convention Centre.

“Met in #Srinagar the families of Indian students in #iran. Assured them that our embassy @India_in_Iran is monitoring their welfare. We are committed to facilitating their early return to India,” the minister tweeted after the meeting.

Budgam resident Bashir Ahmad Lone, whose son Faizan is a medical student in Iran, said the minister’s visit was reassuring.

“This has given us hope. We told him that our children are worried there and should be airlifted immediately to Srinagar. The minister said pilgrims (from the Valley and Ladakh) were their (the government’s) priority because they are stuck in Qum, which is the epicentre of the epidemic,” Lone told The Telegraph.

“He told us that the government was equally concerned about the students and they would be brought back immediately.”

Lone said his son had booked a ticket to Delhi for February 28 but air travel had by then been suspended between the two countries as a precaution.

Najeeb Maqbool, whose brother Suhaib studies medicine in the Kish area of Iran, said the university had been shut and Kashmiri students were stuck in a hostel there.

“We are being told that the hostel is running out of (food) stocks. We urge the government to bring the students back,” he said.

The parents said that more than 300 students from the country were stranded in Iran and the bulk of them were from Jammu and Kashmir and Ladakh. Hundreds of pilgrims from the two Union territories too were stuck there.

New Delhi has sent a team of medical experts to Iran to screen the pilgrims before they are brought back. The parents urged the minister to send another team for the students.

Already three people from Ladakh have tested positive for the novel coronavirus, all of them pilgrims who had recently returned from Iran. They include two patients in Leh and a 63-year-old woman from Kargil who is being treated at a Jammu hospital.

There was panic in Kargil after reports said that 21 pilgrims who had accompanied the woman had returned without screening.

Feroz Ahmad Khan, chairperson of the Kargil Autonomous Hill Development Council, told this newspaper that all the 21 had been traced and quarantined.

“Around 1,200 people from our district were in Iran on pilgrimage. Around 850 are still stuck there. We are told that our doctors have collected 300 samples from the Indian pilgrims but none of them has tested positive,” he said.

“So far no one has tested positive in Kargil, although a woman from our district is reportedly positive and is in a Jammu hospital.”

Jaishankar tweeted that efforts were under way for the return of “Indian pilgrims in Qom #iran”.

“Screening process has started and follow up arrangements are being discussed with Iranian authorities. This is top priority & embassy team@india_in_Iran is fully engaged in this,” he said.