Party leaders demand transfer of Rs 7,500 to every migrant 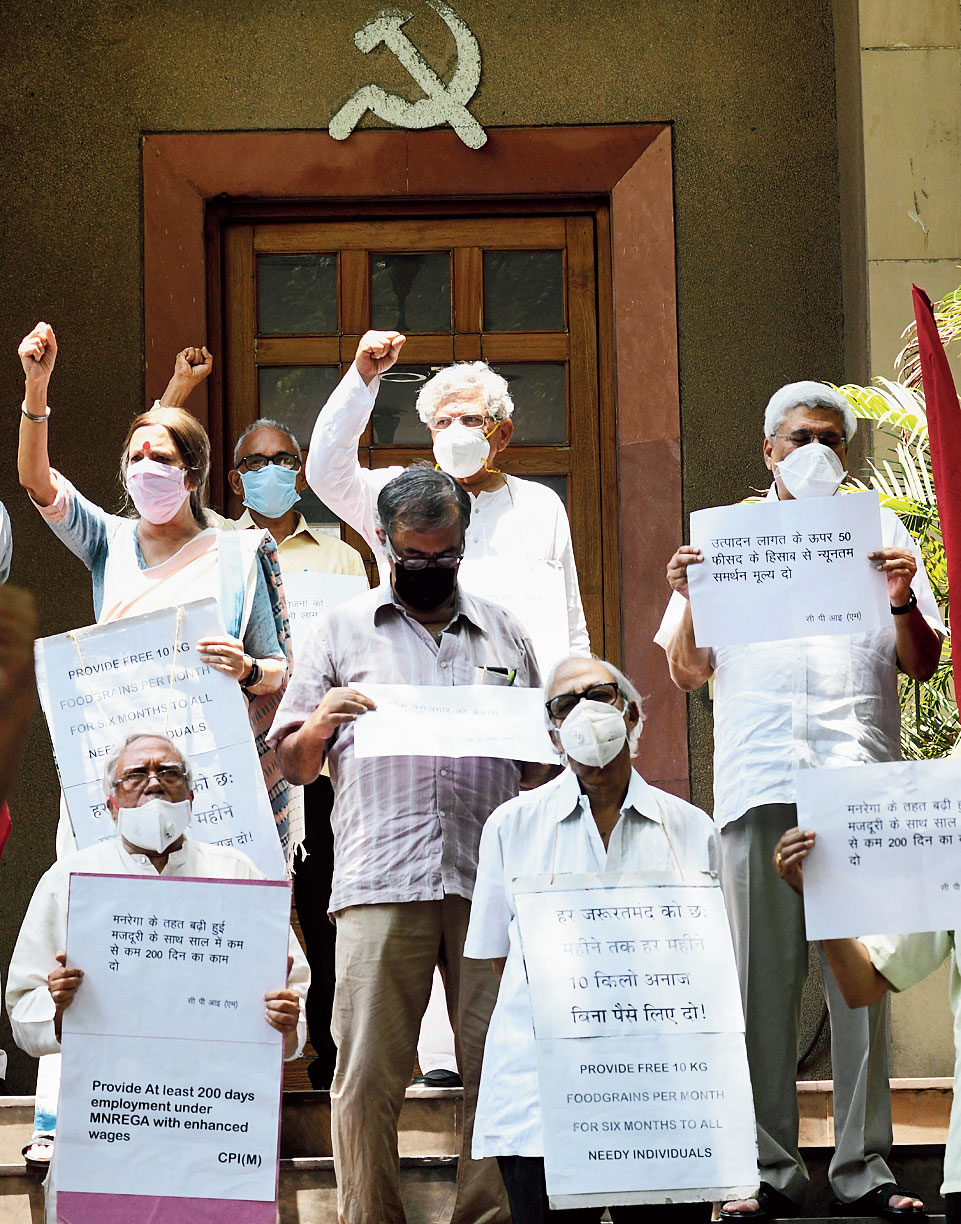 In Calcutta, several senior Left leaders, including CPM state secretary Surjya Kanta Mishra, were arrested on Tuesday when they gathered at Rani Rashmoni Avenue to observe the party’s call for a countrywide protest demanding immediate cash transfer and food grains for the poor.

“The police arrested us even before we could begin our programme,” Mishra said in a video message from Lalbazar, the headquarters of Calcutta police.

The leaders were kept at the police headquarters for over three-and-a-half hours before they were released.