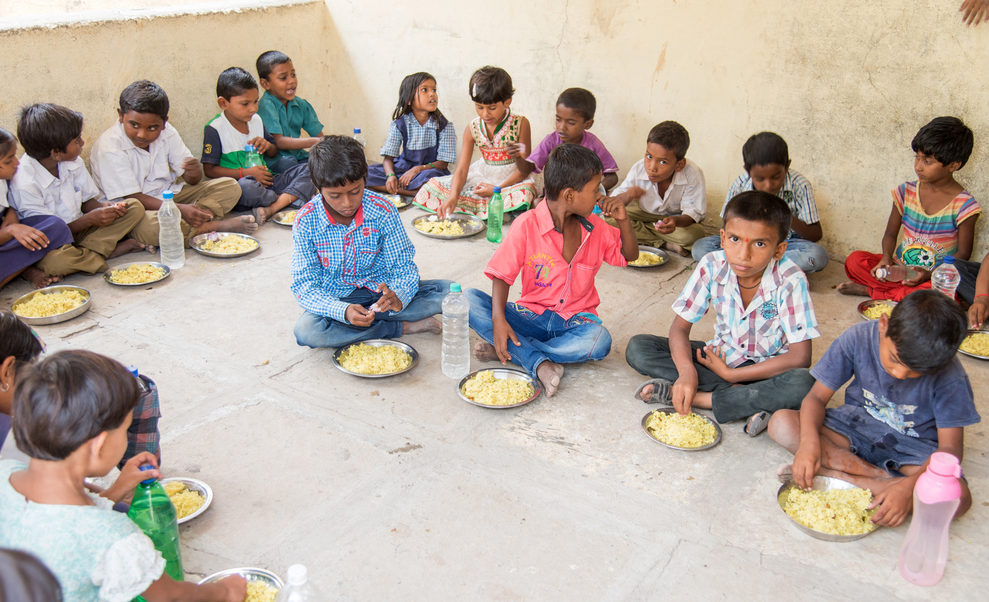 Their hopes of a pay hike had been shattered: the proposal did not even come up for consideration, officials said.

“I get Rs 1,000 a month, working around five hours a day. It’s very difficult to sustain a family (with such pay). I do other jobs after finishing the cooking in school,” said Kamlesh, a cook-cum-helper in Uttar Pradesh.

She said her husband, a farmer, had no assured income. The Uttar Pradesh government has announced an additional Rs 500 for the midday meal workers but it has not been implemented.

“We protested in Delhi and met finance minister Arun Jaitley last November. He promised to increase the monthly honorarium, but nothing was announced in the (interim) budget (presented by stand-in finance minister Piyush Goyal).”

These workers’ leaders have been demanding payment at minimum wage rates, which should at least treble their income. But a government official informally told this newspaper these helpers weren’t considered “workers” but “volunteers” of sorts, and merited an “honorarium” rather than minimum wages.

The Union cabinet had last month raised the one-time kitchen equipment allowance for the schools from Rs 5,000 to between Rs 10,000 and Rs 25,000 depending on the number of students in a school. The proposal was silent on any pay hike for these workers.

“We had hoped for a decision in our favour at the last cabinet meeting. But nothing happened,” said Saroj Yadav, a midday meal worker in Haryana.

Thursday’s cabinet meeting was the last before the model code of conduct for the general election kicked in, precluding the announcement of any measure that can be deemed as voter inducement. So, the workers had pinned their hopes on it.

The monthly honorarium was last revised in 2009, by the UPA government. After the NDA came to power, the human resource development ministry proposed in July 2014 that the pay be doubled, but the cabinet deferred the matter.

Jai Bhagwan, general secretary of the Mid-Day Meal Workers Federation, which is affiliated to the CPM labour arm Citu, said the workers would launch an agitation after the general election.

“We held a protest in Delhi last month and met HRD minister Prakash Javadekar. He promised to consider the demand but the government did nothing because we are poor,” Bhagwan said.

Nine in 10 of the 25 lakh cook-cum-helpers are women, mostly single women and widows. The workers’ responsibilities include preparing the meal — which includes rice or rotis along with dal and vegetables — serving the children and cleaning the utensils and cooking devices.

Their monthly pay of Rs 1,000 is far less than the Rs 4,500 that anganwadi workers receive every month, of which the Centre coughs up Rs 2,250. The minimum daily wage for eight hours of work in most states is around Rs 200. For four to five hours’ work, each worker should be paid at least Rs 100 a day, Bhagwan said.

“Besides being paid according to the minimum wage rate, we should get the benefits of social security measures such as health insurance and the provident fund,” he said.

The midday meals are served to nearly 10 crore children in 13 lakh aided and government schools in the country every school day.

An email sent to the HRD ministry seeking its comments did not bring any reply.Speaking unofficially, a ministry mandarin resorted to semantics about “workers” and “wages” versus an “honorarium”.

“In a way, they do it voluntarily,” he claimed. “They are not workers. It (their pay) should not be linked to the minimum wage.”