Court allows her exemption from appearance as she has a child 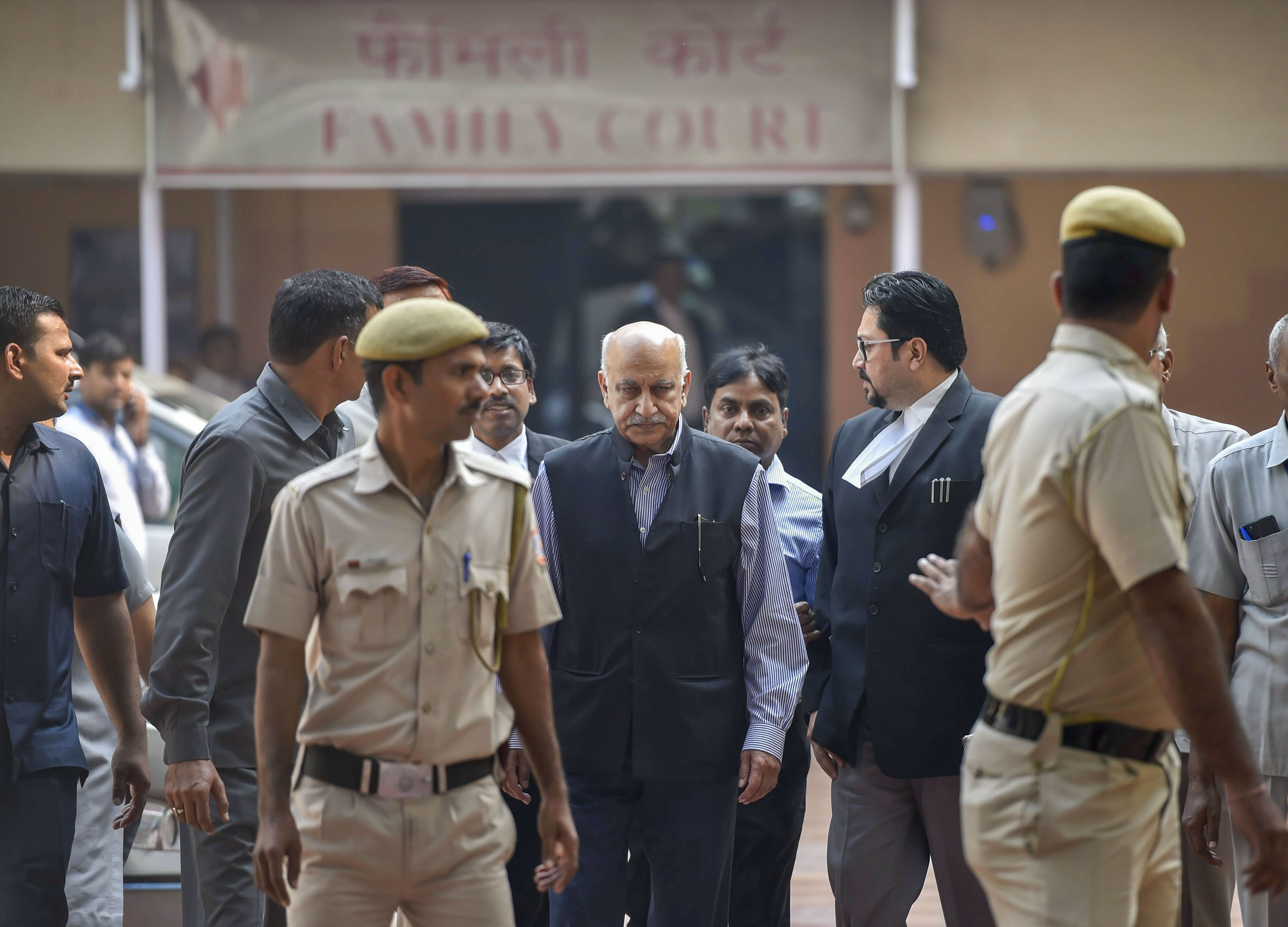 Ramani, who appeared before additional chief metropolitan magistrate Samar Vishal, pleaded not guilty and claimed trial. 'I plead truth as my defence, made in good faith in public interest and for the public good. I will prove my defence during trial. I plead not guilty,' she said.

The court also granted permanent exemption to Ramani from personal appearance after she said she has a small child to take care of. Akbar's counsel did not oppose the exemption plea.

The court also listed the matter for hearing on May 4.

Akbar, who resigned as minister on October 17 last year, filed a private criminal defamation complaint against Ramani after his name appeared on social media during the #MeToo wave in India.

Ramani had written on Twitter that though Akbar had never sexually harassed her, he had indulged in sexual misconduct around 20 years ago with other journalists when he was an editor. After Ramani's tweet, multiple women came out with accounts of alleged sexual harassment by Akbar.

He has denied the accusations and earlier told the court that the allegations made in the article by Ramani in Vogue and the subsequent tweets were defamatory.

He had told the court in his statement that an 'immediate damage' has been caused to him due to the scurrilous, concocted and false allegations of sexual misconduct.