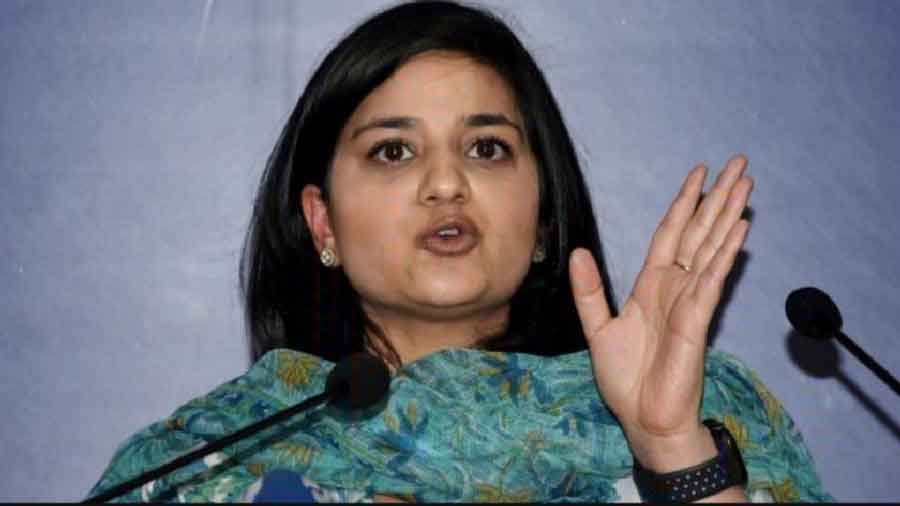 She also suggested opening of Jammu and Kashmir borders and implementation of self-rule to make the region an economic hub and a gateway between central Asia and India.

People of J&K are very much politically aware. The J&K problem needs to be resolved by taking all the stakeholders on board, she said, advocating holding of talks with Pakistan and Hurriyat Conference.

She alleged that the central government wants PDP and National Conference to replace Hurriyat and incubate mainstream parties of their own liking, turning Jammu and Kashmir into a test laboratory as they want opposition mukt bharat.''

Mufti said the Peoples Democratic Party (PDP) is pro-human and desirous of a solution to the problems of the people.

J&K is strategically located and has many things common with central Asia. Government should use the opportunity and make the borders irrelevant, facilitate self-rule, trade and movement of people for economic integration, she said.

Referring to the forthcoming Shanghai Cooperation Organization (SCO) summit in Uzbekistan's Samarkand on September 15 and 16, she said Prime Minister Narendra Modi who is attending the summit should have organized it in Kashmir.

Open J&K and let it become an economic hub and gateway between central Asia and India, Mufti said, speaking at a conclave here.

She said Peoples Alliance for Gupkar Declaration (PAGD) an amalgam of five mainstream parties including National Conference and PDP fighting for restoration of Article 370- is crucial because the people have pinned their hopes with it.

PAGD has to be more active, more alert and need to work out unity in real sense by leaving aside party interests. You have to look at the large picture. Our special status and identity is under attack and we have to protect it, she said.

Mufti did not agree that PAGD is on ventilator and said pull out 10 lakh forces from J&K, you will see who is on the ventilator.

She also claimed that arm twisting tactics are being used against her family to force them into submission.

When there is a meeting of PAGD, my mother or my grandmother, who is 75 years old, is getting a summon (to present before any agency). My grandmother was also denied passport for the past two years, she said.

She accused the BJP of launching a disinformation campaign in the country by projecting Article 370 as a hurdle in the development and giving rights to women and marginalized sections.

Quoting a survey in 2017, she said J&K human index was 0.68 which was higher than Gujarat and we were number one in life expectancy, female literacy and health infrastructure. Today, our unemployment rate is 56 percent, there is a scam in the recruitment process and corruption has become rampant.

She said the claim that revocation of Article 370 was done for the betterment of the people is baseless.

They have no good intentions as they view Kashmir as a military, a law order and a religious problem. Since they see the issue through the religious prism, the solution they are trying to implement is to change the demography and disempower the people economically, she alleged.

Mufti claimed that the BJP government is trying to suppress the people, ignoring the reality that Kashmir is a humanitarian and political issue and there is a strong sentiment which needs to be addressed.