Advertisement
Home / India / Medals for martyrs to a mistake

Medals for martyrs to a mistake 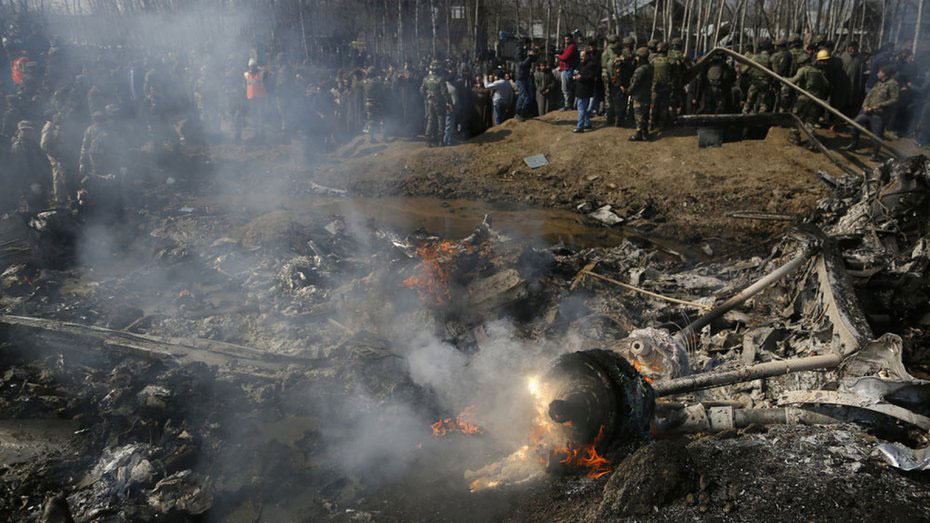 Villagers and soldiers near the wreckage of the IAF chopper that crashed in Budgam on the outskirts of Srinagar on February 27.
AP
Imran Ahmed Siddiqui   |   New Delhi   |   Published 31.10.19, 08:50 PM

The Indian Air Force has recommended gallantry medals for the six personnel killed in friendly fire on February 27, their chopper downed mistakenly by an Indian-fired missile as the IAF fought off a Pakistani reprisal for the previous day’s Balakot incursion, government sources said.

Two defence ministry officials described the recommendations as unusual since the six, who included two pilots, fell to their own comrades’ fire, victims of an absence of coordination between air traffic control and senior officers on the ground.

The six deaths are probably the biggest friendly fire tragedy in India. But the February 27 mix-up was overshadowed by the capture of Wing Commander Abhinandan Varthaman whose plane was shot down by Pakistan on the same day.

The wing commander was released after two days and received a hero’s welcome back in India. He was awarded the Vir Chakra, the third highest gallantry award, in August.

The deaths of the six IAF personnel did not draw much attention also because of the way the flow of information was steered almost until when the general election was over.

On Thursday, a defence ministry official said: “It was shocking. We lost six of our own personnel and a civilian (on the ground). I have heard about the air force’s recommendation (to the defence ministry) for gallantry medals for the six. It’s bizarre.”

Another bureaucrat said: “It’s a very unusual and strange move. They were killed when the air force shot down its own helicopter.”

Both officials said the IAF had not specified which of the six gallantry awards it wanted for the six.

An air force official said the six had been recommended for gallantry medals because they had died while “carrying out an operational task assigned to them”. The air force spokesperson refused comment on the recommendation.

Early this month, Air Chief Marshal Rakesh Kumar Singh Bhadauria had confirmed that the IAF had downed its own Mi-17 amid the February 27 dogfight between Indian and Pakistani fighter jets over Budgam in Jammu and Kashmir.

The Pakistani jets had flown into Indian airspace a day after the Indian air strikes on a purported terror training camp in Balakot, Pakistan, in retaliation for the February 14 Pulwama bombing that killed 40 CRPF men.

“It (downing the chopper) was a big mistake on our part. We admit it,” Bhadauria had said on October 4 in the first official admission of what was probably the biggest friendly fire tragedy in India.

Sources said the court of inquiry had revealed that the helicopter was downed by a surface-to-air missile fired by the IAF, which had mistaken the chopper for a hostile aircraft.

The inquiry found that the crucial Identification Friend or Foe system on the Mi-17 had been switched off — a violation of the standard operating procedure. The report has attributed the accident partly to a lack of coordination between air traffic control and senior IAF officers.

Air force sources said administrative action had already been taken against four officers whom the court of inquiry had held responsible for the friendly fire. Disciplinary action and court martial procedures have also been initiated against two senior officers.