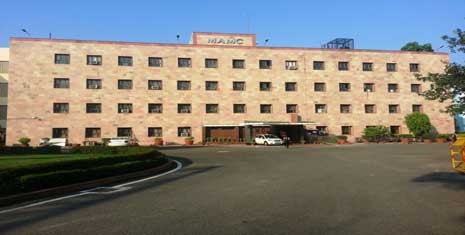 Doctors at Maulana Azad Medical College in New Delhi started an indefinite strike on Monday demanding private guards and bouncers after one of their colleagues was beaten up on Sunday night by a patient’s relatives.

The incident happened around 11 pm on Sunday when Dr Saud was assaulted by a patient’s attendants after the patient died of heart failure. According to the strikers, the said doctor suffered injuries in the chest and shoulder.

“We are now waiting for a written reply from the health secretary. In principle, she has agreed to our demands, one of which is to deploy marshals or private guards for the safety of the doctors and also installation of CCTVs,” Saikat Jena, president of doctors’ association at MAMC told this website.

He said this was not an isolated incident and several assaults have happened in the past.

He said the doctors have been on strike since 9 am and have suspended all work, including the emergency section, which is where the assault allegedly took place.

Jena said a complaint has been filed against those who attacked the doctor with the administration, however, whether an FIR is to be filed with the police is yet to be decided only by him.