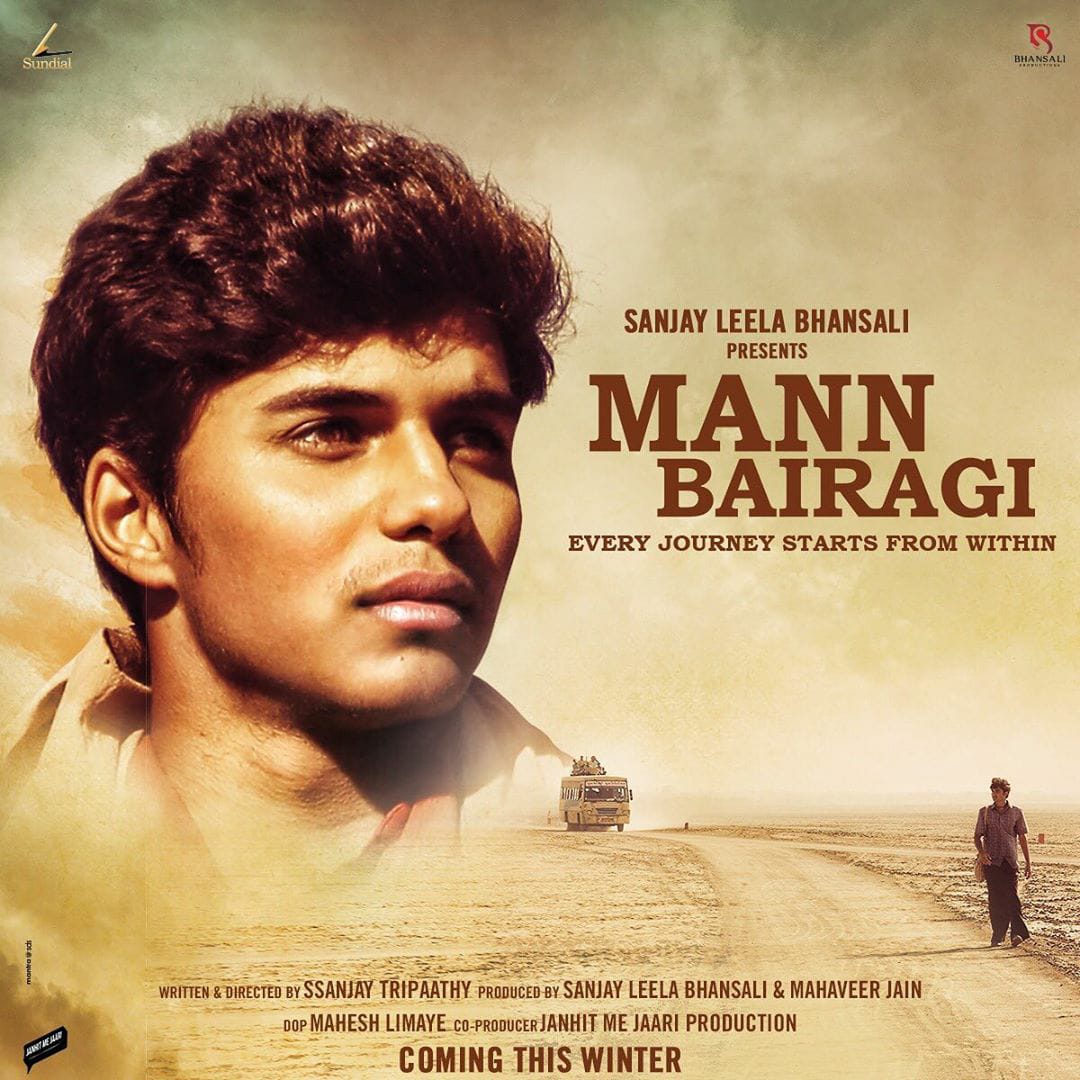 You have heard Mann Ki Baat, now be ready for Mann Bairagi.

It is a film on, you guessed right, Prime Minister Narendra Modi. But guess who the co-producer is.

It's Sanjay Leela Bhansali, who was struggling in 2017-18 to release his film Padmaavat in Modi's last tenure because of violent protests and threats by Rajput groups and a section of BJP leaders. Haryana BJP leader Surajpal Amu had offered a bounty of Rs 10 crore on actress Deepika Padukone's head. Amu later quit the BJP.

The set of the movie was ransacked and Bhansali was assaulted during the filming. He also had to change the name of the film from Padmavati to Padmaavat.

The first look of Mann Bairagi was released on Modi's 69th birthday by actors Prabhas and Akshay Kumar, who had, in the middle of election season, asked the Prime Minister how he liked to eat mangoes.

The poster says the film is 'coming this winter'. Other sources have speculated that it will be released in December. Since the release of films and web serieses inspired by Modi often target elections, it may be important to note that Delhi goes to elections in January-February 2020.

Happy to present the first look of Sanjay Leela Bhansali and Mahaveer Jain’s special feature, #MannBairagi on the defining moment of our PM's life on his birthday! #HappyBirthdayPMModi@narendramodi @PMOIndia @bhansali_produc pic.twitter.com/zWbGLScLDe

A special film on a special person by a special filmmaker on this spl day, HBD @narendramodi Sir. So happy to present the 1st look of #SanjayLeelaBhansali & #MahaveerJain's #MannBairagi, an untold story of our PM, directed by Ssanjay Tripaathy#HappyBDayPMModiJi pic.twitter.com/JX60XFnG7R

The other producer of the film is Mahaveer Jain.

One Twitter user, however, pointed out the abundance of material on the Prime Minister.

Since 2014 Modi is in Newspapers, Magazines, TV, Radio, Outdoor Banners, booths, Petrol Pumps, OTT, Mobile, & CinemaS
How much of @narendramodi will v all be fed with? #Bollywood #India pic.twitter.com/qg3GfGhWy3

This Sanjay Leela Bhansali production is the second film on Modi’s life.

Earlier this year, PM Narendra Modi, starring actor Vivek Oberoi, was released immediately after the results of the Lok Sabha elections. The movie was slated for release when the Model Code of Conduct was in force, but this was pushed back following an Election Commission directive.

A 10-episode web series, Modi: Journey of a Common Man, was released just a day after the producers of PM Narendra Modi postponed the movie's release.

Five episodes of the web series, produced by Eros International, were released. The streaming was put on hold for the general elections.

But Modi's life is already available in text, the most famous being Bal Narendra. It is supposedly on Modi’s childhood heroic antics, presented as a comic book for children. The book was released during the 2014 general elections.