She shouldn’t have got ticket, says father of 10-year-old killed in blast 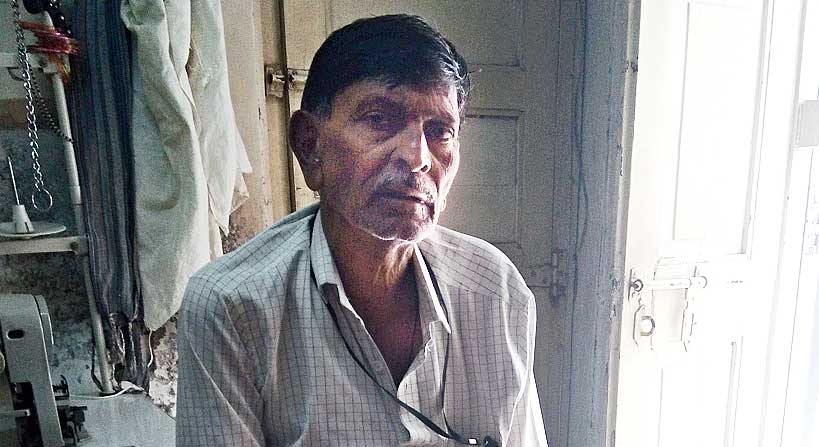 Sheikh Liaquat Mohiuddin remembers that day years ago when a bomb killed his daughter.

That was on September 29, 2008, and Farin Shaikh Liaquat was closest to the bomb strapped to a motorcycle. The 10-year-old took the brunt of the explosion, saving many, her father recalled.

In all, six persons died and over a hundred were injured in the blast.

The first to be arrested in the case was Pragya Singh Thakur, now out on bail on health grounds. The Maharashtra anti-terrorism squad (ATS) had found that the motorcycle used in the blast was registered in Pragya’s name.

She continues to be an accused under the Unlawful Activities (Prevention) Act, although charges under the Maharashtra Control of Organised Crime Act have been dropped.

The nearly 11-year-old case is back in focus after the BJP last week fielded Pragya as its candidate for the Bhopal Lok Sabha constituency, which votes on May 12.

“Pragya Singh Thakur shouldn’t have been given the ticket. She is an accused,” Mohiuddin, 60, said.

Nisar Ahmad, 69, agrees. “The BJP wants to polarise the society on the basis of religion,” Ahmad, who lost his 20-year-old son Syed Azhar, told this correspondent.

The refrain in this communally sensitive textile town was the same: what had Pragya done to deserve a ticket?

Farin, then in Class V, was good at studies, said Mohiuddin who had wanted his youngest daughter to become a doctor. He got Rs 5 lakh as compensation instead.

“My daughter had gone near Bhiku chowk to get pakodas when the bomb went off. She was closest to the site and took most of the impact. In a way, she reduced the number of casualties.”

Pragya was arrested on October 23 that year by the ATS. Another accused, Srikant Prasad Purohit, who had floated an organisation called Abhinav Bharat in 2006, was picked up on November 4.

The National Investigation Agency (NIA) took over the case in 2011. In June 2015, the special public prosecutor in the case, Rohini Salian, told The Indian Express newspaper that the NIA had asked her to “go soft” against the 2008 Malegaon accused, an allegation the federal probe agency had denied.

In April 2017, Bombay High Court granted bail to Pragya on health grounds. Purohit got bail from the Supreme Court in August that year.

“If she is ill, how can she fight elections?” said Ahmad. “This amounts to cheating the court.”

Pragya, the elderly man added, deserves to be punished, just as Rabina Memon has been.

Rabina is serving a life term because the car used in the 1993 Mumbai blasts was registered in her name.

“I am ready to fight till the end for justice. I have full faith in the judiciary and God,” Ahmad said.

Usman Khan, 52, who lost his nephew Irfan in the 2008 blast, said election tickets should be given to those “who do good” for the society.

“I heard about Pragya Singh Thakur fighting on a BJP ticket. I want to ask the BJP what good work has she done.”

Irfan, who worked as an auto driver, had taken a tea break when the bomb went off.

Akhlaque Ansari, a human rights activist in Malegaon who has been providing support to the victims locally, said investigations in the case were going on well but had slowed down since 2014.