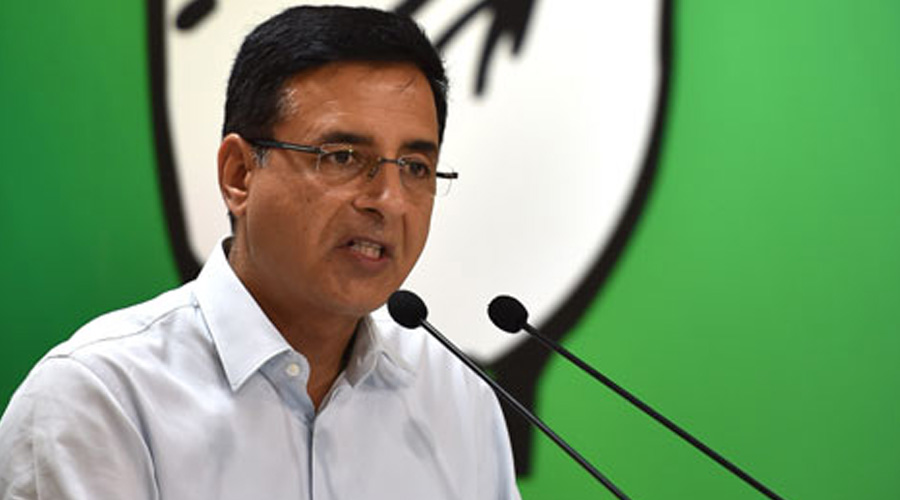 The Congress on Saturday decried the recall of the West Bengal Chief Secretary by the Centre, alleging it was an "unpardonable" attack on the Constitution and federalism that will create anarchy in the country.

Congress general secretary and chief spokesperson Randeep Surjewala said the "abrupt, malicious and unilateral" recall of the West Bengal's chief secretary by the Modi Government has shocked the conscience of the entire nation.

This is a double whammy when viewed in light of the fact that the chief secretary was granted an extension for three months by the Modi Government itself as recently as four days ago, he said, and called it a death knell for federalism.

"This is a lethal blow to the Constitution of India, as also Federalism. If the Union Government is permitted to recall the All India Service Officers i.e. IAS and IPS from the states for partisan political considerations and at its whims and fancies, the entire architecture of the rule of law and the Constitution will crumble," Surjewala said in a statement.

He said if the head of bureaucracy in a state is summarily removed by the Union Government, why would any IAS or IPS officer, whether a district magistrate or a secretary or a police officer, listen to and follow the orders of state government or implement any policy or programme devised by the state government.

"This would lead to complete and total anarchy in the country," he alleged.

"Will the prime minister, the DPOT and the BJP Government disclose the reason for the U-turn in recalling the chief secretary within four days of granting him a three months extension," he demanded.

The Congress leader also said the ongoing saga in the Calcutta High Court is grossly disturbing and bodes ill for an independent judiciary.

Surjewala said equally shocking for every individual having faith in the Constitution is the recent letter written by Justice Arindam Sinha, a sitting Judge of the Calcutta High Court.

"Pursuant to the ongoing open differences in the Calcutta High Court in hearing and listing of cases against TMC ministers, the obviously coloured and revengeful recall of the chief secretary by Modi Government has given an unmistakable impression that Union Government is trying to dislodge a just elected government," he alleged in a statement.

"The Congress calls upon every jurist, constitutional expert, elected representative and every countryman to rise in unison to condemn this unpardonable attack on India's constitutional ethos and the federal structure," Surjewala said in his statement.

Congress leader Jairam Ramesh too took a swipe at the prime minister and the Union home minister, saying "this move in the middle of a pandemic and the aftermath of a devastating cyclone, shows how they are still licking their Bengal wounds post-elections".

Barely four days after he was granted an extension, the Centre on Friday night sought services of West Bengal Chief Secretary Alapan Bandyopadhyay and asked the state government to relieve the officer immediately, a move termed by the ruling Trinamool Congress as "forced deputation".

Bandyopadhyay, a 1987-batch IAS officer of the West Bengal cadre, was scheduled to retire on May 31 after completion of 60 years of age. However, he was granted a three-month extension following a nod from the Centre.