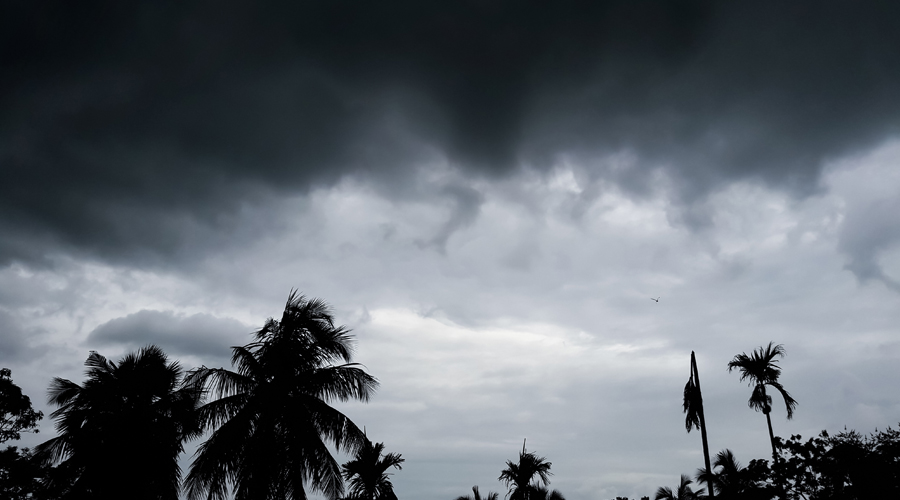 The remnants of Gulab are very likely to move west-northwestwards and intensify into a deep depression over northeast Arabian Sea off north Gujarat coast during the next 12 hours
File picture
Our Bureau, PTI   |   Ahmedabad   |   Published 30.09.21, 12:07 PM

The remnant of cyclone Gulab has turned into a depression, moved into the Gulf of Kutch and is likely to further intensify into a cyclonic storm in the Arabian Sea, the India Meteorological Department (IMD) said on Thursday.

Due to this weather system, heavy rains were witnessed in Gujarat's Saurashtra region in the last 24 hours.

The IMD has predicted heavy rains in the state's coastal districts over the next two days.

"Yesterday's well-marked low pressure area over south Gujarat region and adjoining Gulf of Khambhat moved west-northwestwards and emerged into the Gulf of Kutch, concentrated into a depression and lay centred there at 5.30 am today," an IMD release said.

It is very likely to move west-northwestwards and intensify into a deep depression over northeast Arabian Sea off north Gujarat coast during the next 12 hours, the weather department said.

Heavy rainfall is expected for the next two days in the coastal districts of Jamnagar, Porbandar, Dwarka and Kutch, it said, and asked fishermen not to venture into the sea.

In the 24-hour period ending at 6 am on Thursday morning,Visavadar taluka in Junagadh district recorded 292 mm, Lilya in Amreli district received 141 mm downpour, while Khambhaliya and Kalyanpur in Devbhumi Dwarka distric got 140 mm and 135 mm rainfall, respectively, it added.