Move is part of his campaign against the BJP's alleged 'anti-people' policies. 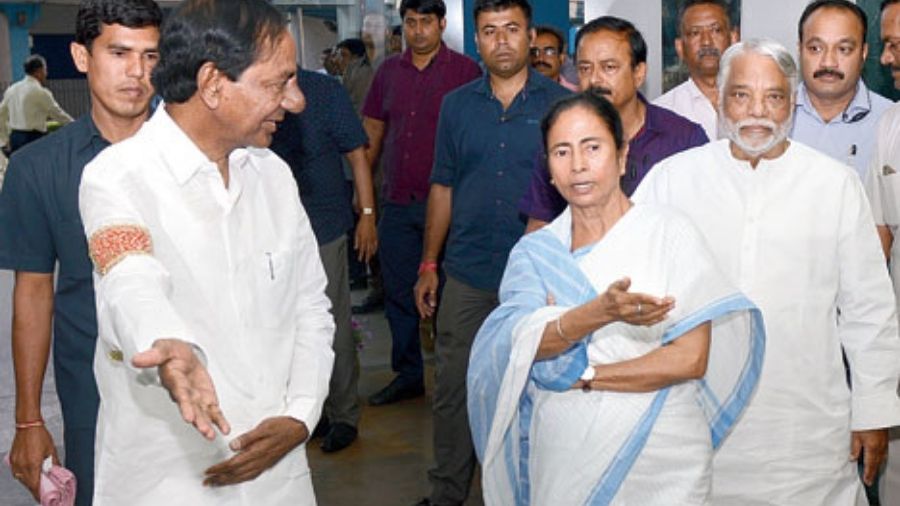 Rao, also known as KCR, left for Mumbai from Begumpet airport here along with his party leaders to meet Maharashtra Chief Minister Thackeray at his residence in Mumbai and have lunch with him, TRS sources said.

After the meeting with Thackeray, Rao would go to Pawar's residence and discuss national political issues, the sources said. Rao would return to Hyderabad in the evening.

The Maharashtra CM proposed that the future course of action on the issue be discussed when Rao meets him. Appreciating Rao's efforts, Thackeray pointed out that the former has "raised his voice at the right time to protect the nation from divisive forces", the release said.

Former Prime Minister and Janata Dal (Secular) president H D Deve Gowda had recently called up Rao and extended support to the latter's "fight". Rao had told Gowda he would visit Bengaluru and meet him on the issue.

The Telangana Chief Minister, who has been critical of the BJP and the central government on a number of issues, had said he will soon have meetings with his Maharashtra and West Bengal counterparts, Thackeray and Mamata Banerjee, respectively, as part of efforts to unite various political parties against the saffron party and the NDA government.

Holding that the Narendra Modi-led NDA government should be dumped for its alleged "anti-people" policies, Rao had said he would play a major role in uniting anti-BJP political parties.

TRS and BJP in Telangana have been engaged in a bitter of war of words over different issues for several months now.