Patients either discharged or shifted elsewhere by Tuesday midnight 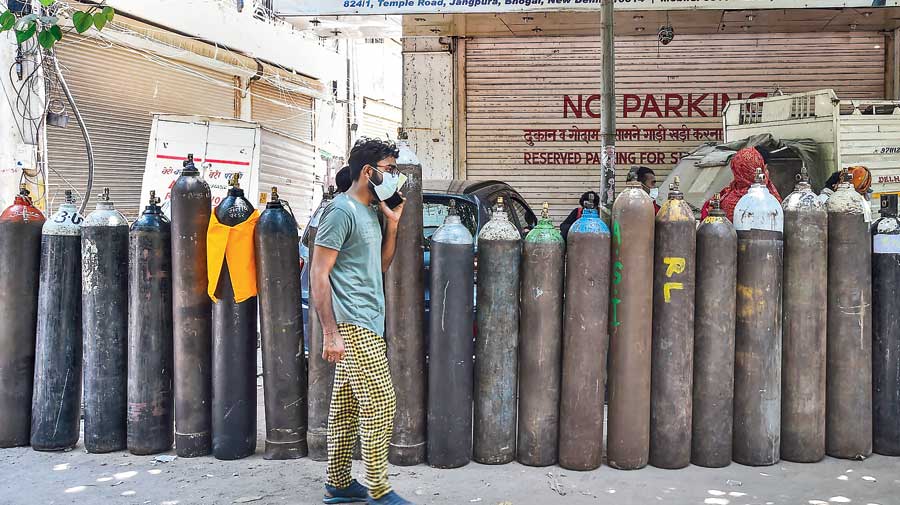 All patients were shifted out from a private hospital in Agra and its licence suspended on Wednesday after it allegedly conducted a "mock drill" by cutting off oxygen supply for five minutes to "segregate" the critical patients, officials said.

A case was registered under the Epidemic Act against Dr Arinjay Jain, the owner of Shri Paras Hospital which has now been sealed, they said.

By Tuesday midnight, all the 55 patients at the hospital were either shifted to other hospitals or discharged, officials said.

Chief Medical Officer, Agra Dr RC Pandey told PTI that the licence of the hospital has been suspended till the investigation is going on. Further action will be taken as per the report of the investigation, he added.

Pandey said a team from the health department has sealed the hospital premises in the presence of the police.

In the video which went viral on social media on Monday, the owner of Shri Paras Hospital is purportedly heard saying that bodies of some patients started turning blue after the oxygen supply was cut off.

Talking to PTI, Jain shared that the motive behind the 'mock drill' was to calculate the minimum need of oxygen for the patients but it was not to 'cut off' the oxygen.

He added, "Targeting our mock drill, a baseless allegation of killing 22 people is being imposed on us."

The Covid patients were shifted to Sarojini Naidu Medical College while 25 patients were discharged from the hospital as they were able to move on their own, he said.

"The remaining patients were shifted to other hospitals with the help of the health department," he added.

Jain said they had informed the family members to shift their patients as the hospital was being sealed, however, some of them started panicking.

Some began calling their relatives and asked for help in shifting the patients. Till late on Tuesday night, family members were busy arranging ambulances and autos to move their patients, he said.