The move is designed to kick-start the process of building 4.58 lakh residential units 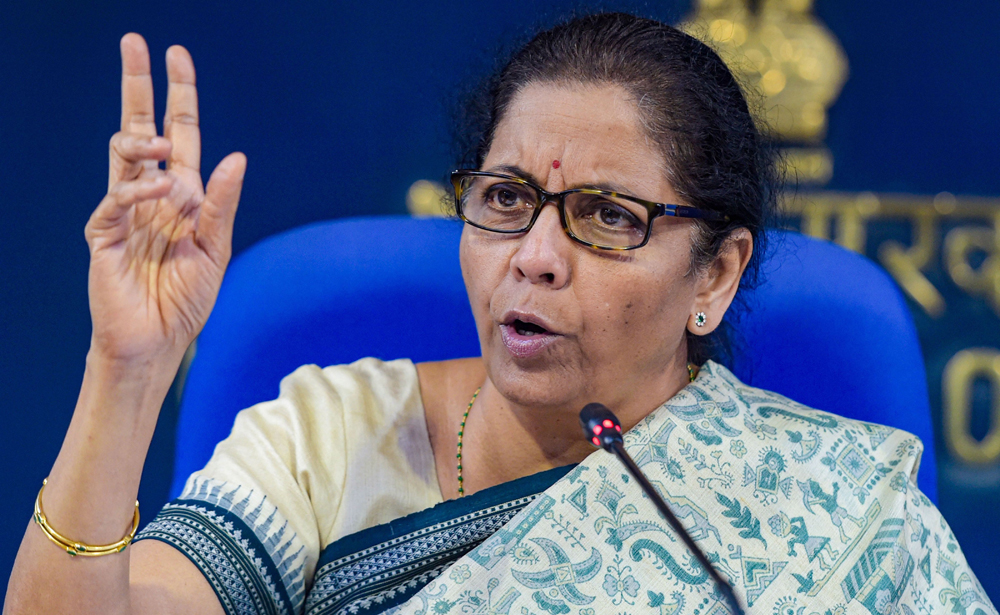 The Narendra Modi government on Wednesday approved a Rs 25,000-crore fund to help complete over 1,600 stalled housing projects, including those declared loan defaulters or admitted for insolvency proceedings.

The move is designed to kick-start the process of building 4.58 lakh residential units across the country.

Union finance minister Nirmala Sitharaman said the Alternative Investment Fund (AIF) would receive Rs 10,000 crore from the government. The rest will be provided by the state-owned Life Insurance Corporation (LIC) and SBI.

“This will be an initial amount; more money may be provided if necessary,” Sitharaman said while briefing reporters on the cabinet’s decision.

The minister said the funding would be provided to net-worth-positive projects approved by the Real Estate Regulatory Authority (Rera). “Projects must be net-worth-positive to avail of funds. The percentage of project completion will not be the criterion,” she added. The fund will focus on the completion of affordable and middle-income housing projects.

“An escrow account will be created for incomplete projects with a unit value of less than Rs 2 crore in the Mumbai metropolitan region, Rs 1.5 crore in the National Capital Region, Chennai, Calcutta, Pune and other cities and Rs 1 crore in any other part of the country,” she said.

Sitharaman said the scheme was a modified version of a plan approved on September 14. The key modification is the plan to allow the AIF to fund projects that lenders may have declared as non-performing assets (NPAs) or those that have been dragged to the insolvency courts.

Incomplete projects with a positive net worth under the Real Estate (Regulation and Development) Act, 2016, will be funded till the last stage. The act seeks to protect homebuyers by establishing an authority to regulate the real estate sector in each state. It also acts as an adjudicating body for dispute resolution.

The finance minister said many home buyers had complained that flats booked and paid for by them had not been handed over yet and the alternative fund would help finish projects at a time when the developers are facing a liquidity crunch.

Anuj Puri, chairman of Anarock Property Consultants, said: “This is a critically important move which eliminates the ambiguity which surrounded the timelines for setting up the fund, and its actual implementation. Finally, countless aggrieved homebuyers will see light at the end of the tunnel.”

Niranjan Hiranandani, managing director of the Hiranandani Group and president of the National Real Estate Development Council (NAREDCO), an autonomous, self-regulatory body, said: “This will be a win-win for homebuyers and real estate developers as it will help alleviate the financial stress faced by homebuyers who have invested their hard-earned money. It will also release the funds stuck in such delayed or stalled projects for productive purposes.”

Sitharaman said the creation of the special window for affordable and middle-income housing projects would revive the real estate sector and generate considerable employment. It will also revive the demand for cement, iron and steel.

She said the homebuyers would benefit even if the projects were categorised as non-performing assets. “If your project has not been declared as worthy of liquidation, you will still be eligible for this scheme,” she added.

Credai chairman Jaxay Shah said: “It’s a very welcome change from the initial announcement (of September 14). Now, the only criterion for eligibility is net-worth-positive projects.… This will ensure that the fund is actually deployed to complete incomplete projects which are even NPA or also in NCLT.”

“Many projects which are near completion but have not been able to garner last mile funds will benefit from this move,” said Shishir Baijal, chairman and managing director of Knight Frank India.

The AIF funds will be released in stages through the escrow account and will be contingent upon completion of the approved phase, she said, adding the size of the fund may be increased with the participation of sovereign and pension funds. The fund will be managed by SBI Caps.

The project managers will assess the project to determine the time needed to complete it. The promoter of stalled projects will have the responsibility to complete it and deliver the homes to the home buyers, Sitharaman said. The funds in escrow account cannot be touched even by the banks to settle the pending dues of a builder, she added.

The minister said the special window was being structured as an AIF to pool investments from other government-related and private investors including public financial institutions, sovereign wealth funds, public and private banks, domestic pension and provident funds, global pension funds and other institutional investors.

The fund is, therefore, expected to not only support the sector but also generate commercial returns for its investors.

The decision is part of an overarching strategy to jump start the economy which slowed to a six-year low of 5 per cent in the first quarter ended June 30.