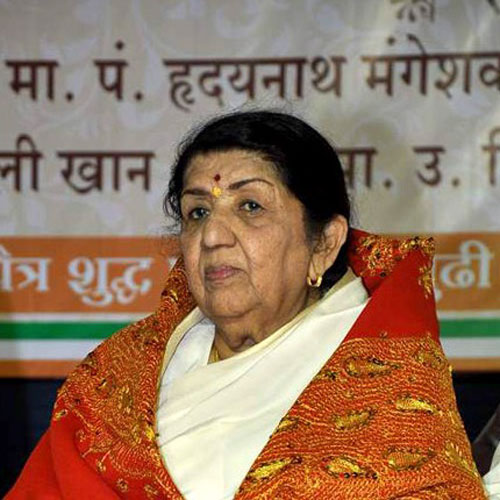 Lata Mangeshkar has been admitted to the intensive care unit of Breach Candy hospital and is critical.

Dr Partit Samdhani, who is treating the legendary singer, said: “She is admitted under me and is critical.”

Lata Mangeshkar’s younger sister Usha Mangeshkar told PTI on Monday evening: “Lata didi is still in hospital. She is under observation. She is doing absolutely well and is stable. She will be discharged by tomorrow.”

“We thought it’s better to treat her at a hospital because of the viral infection. So, she is there for today,” Usha Mangeshkar told PTI amid reports that singer had already been discharged and was recuperating at home.

It is learnt that Lata Mangeshkar was taken to the hospital after she complained of breathlessness and was kept on ventilator for some time for her lungs to get cleared.

Lata Mangeshkar, who turned 90 on September 28, has been active on social media but has stopped playback singing for nearly five years now.