'Often lawyers lock horns on their political or ideological beliefs. This can't be the case' 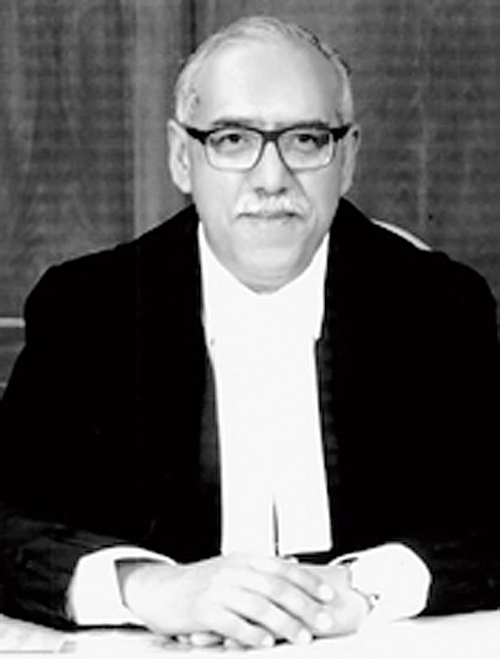 Judges should decide cases on the basis not of their religious beliefs but of the Constitution, Justice Deepak Gupta of the Supreme Court said as he retired on Wednesday.

“l must say that when a judge sits in the court, we have to forget our religious beliefs and decide cases only on the basis of our Constitution. The Constitution is our Bible, Quran, Gita, Guru Granth Sahib and other religious books,” Justice Gupta said at his farewell, organised through videoconferencing by the Supreme Court Bar Association (SCBA).

On February 24 this year, Justice Gupta had told a Bar association seminar that dissent was not anti-national; rather, it was the “biggest” and “most important right” guaranteed by the Constitution.

His comments had come amid a brutal crackdown on peaceful protests against the new citizenship matrix in several parts of the country, and a spurt in sedition cases against citizens questioning the government.

“Just because you hold a contrarian view, it does not mean you are anti-national or have disrespect for the country.... There is a difference between the country and the government,” Justice Gupta had said.

“The government has no right to stifle or quell protest as long as the protests are peaceful.”

On Wednesday, he also reminded the Bar of its responsibilities.

“Often in courtrooms we have seen the lawyers lock horns not on law but on their political or ideological beliefs. This cannot be the case,” he said.

“I often hear the Bar saying that judiciary is no longer independent or humane. But from where does the judiciary come? It comes from the Bar.”

He added: “We also as judges need to identify our own biases and keep them aside. Judiciary needs to be humane and compassionate and it is indeed the need of the hour. This alone can ensure the dignity of the citizens of India.”

“We cannot be like an ostrich hiding our head and say nothing is wrong with the judiciary,” he said, adding that he was “sure our judiciary will rise to the occasion” under Chief Justice of India Sharad Bobde.

Justice Gupta said the courts, including the Supreme Court, had a duty during the pandemic to reach out to help the poor and the vulnerable.

Attorney-general K.K. Venugopal recalled Justice Gupta’s popularity among lawyers and judges and the important judgments he had passed.

“On dissent, you are the first judge to come out so strongly and openly which should have been said earlier,” he said.

“Your thoughts that the citizen has a right to protest in a peaceful manner will never be forgotten. A very bold statement to make while holding office as a Supreme Court judge.”

One of the judgments Justice Gupta was part of held that a man having sex with his wife is guilty of rape if she is aged below 18, irrespective of whether he had her consent.

Several Supreme Court judges, SCBA president Dushyant Dave and solicitor-general Tushar Mehta were among those who attended the event.