Rahul Gandhi accused the Narendra Modi government of 'trying to save the accused' and demanded the dismissal of Teni, Union minister of state for home 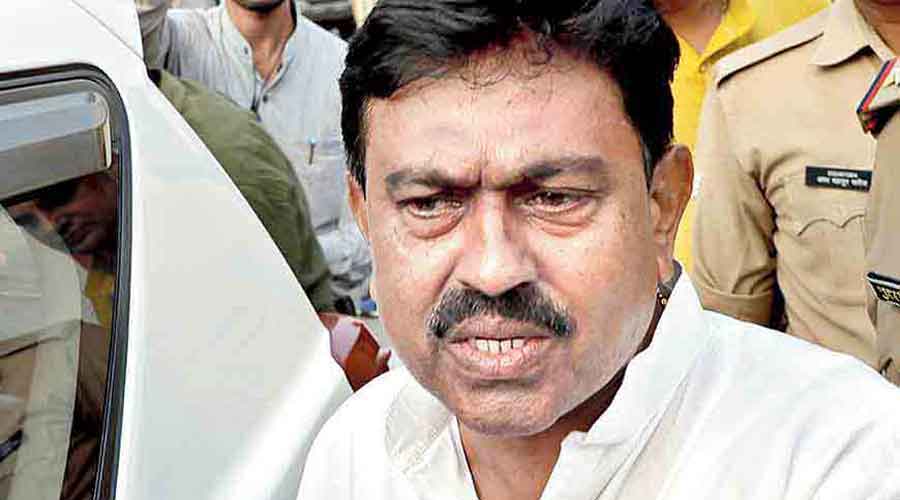 “Ashis Mishra is the main accused in the chargesheet, which was filed today. He is among those 13 accused who were directly involved in the case,”chief prosecution officer S.P. Yadav told reporters.

Asked whether the special investigation team (SIT) had concluded that Ashis was on the spot, he said: “Firing was done on the spot from his (Ashis’s) weapon and he was also booked on the charge of murder. You can correlate them.”

Yadav added: “We have added the name of one Virendra Shukla (a relative of Teni) in the case as he was found guilty of causing disappearance of evidence after the crime was committed.”

While the other 13 accused are in jail, Shukla has been summoned by the SIT for questioning on Wednesday.

Congress leader Rahul Gandhi accused the Narendra Modi government of “trying to save the accused” and demanded the dismissal of Teni, Union minister of state for home.

“The entire country has seen the truth of the 5,000-page chargesheet in the form of a video. Yet the Modi government is trying to save the accused. India is a witness! #Lakhimpur #Farmers,” Rahul tweeted in Hindi.

According to eyewitnesses quoted in the chargesheet, a Thar jeep belonging to Teni, a Scorpio and a Fortuner had run over and killed four farmers and a journalist in Lakhimpur Kheri, Uttar Pradesh, on October 3. Ashis, said to be in the Thar, has been arrested with 12 associates of Teni.

The police found from the spot a pistol and a rifle from which shots had been fired, though no one was hit. Yadav said the pistol belonged to Ashis. Eyewitnesses have accused Ashis of being one of those who fired at the farmers.

The chargesheet says Shukla was not on the spot but owned the Scorpio, and later arrived at the scene and drove away in the SUV —thus tampering with the scene and removing evidence.

Mohammad Aman, counsel for the families of some of the slain farmers, said the chargesheet had disappointed him because it didn't name Teni as an accused.

He cited how the SIT had earlier told a court that the killing of the farmers — who were protesting a threat issued by the minister — had been "pre-planned".

Teni had days before the massacre warned farmers he would fix them if they didn't stop agitating against three (now repealed) central farm laws.

"I'm not satisfied with the chargesheet. We had mentioned Teni's name in the FIR, filed on October 3. It's a documented fact that the minister owned the Thar jeep. The SIT is trying to save him. We shall raise objections to the incomplete chargesheet," Aman said.

A source said that sub-inspector Vidyaram Diwakar, the main investigator in the SIT, submitted the 5,000-page chargesheet along with pen drives and DVDs as evidence before chief judicial magistrate Chintaram in Lakhimpur town. The document contains 208 eyewitness statements, sources said.

The police had made the first arrests in the case on October 7, two days before arresting Ashis. It is mandatory to file the chargesheet within three months of an arrest.

Six farmers too were arrested in late October for allegedly beating to death two BJP workers and the driver of the Thar after the massacre. A separate chargesheet will be filed against them.

Reacting to the filing of the chargesheet, Congress general secretary Priyanka Gandhi Vadra tweeted in Hindi: "Sitting in the post of protector, he (Prime Minister Narendra Modi) stands with the killer. The minister's son is the main accused in the Lakhimpur Kheri massacre. But Ajay Mishra Teni is not facing any investigation and still remains in his post because of the patronage of Narendra Modi."

On December 14, Diwakar had told the court that the killings were pre-planned. He had requested that Sections 279, 338 and 304A be dropped and the charges of attempt to murder, voluntarily causing grievous hurt and acts done by several persons in furtherance of common intention (307, 326, 34) be added along with those of possession and illegal use of firearms (Sections 3, 25 and 30 of the Arms Act).