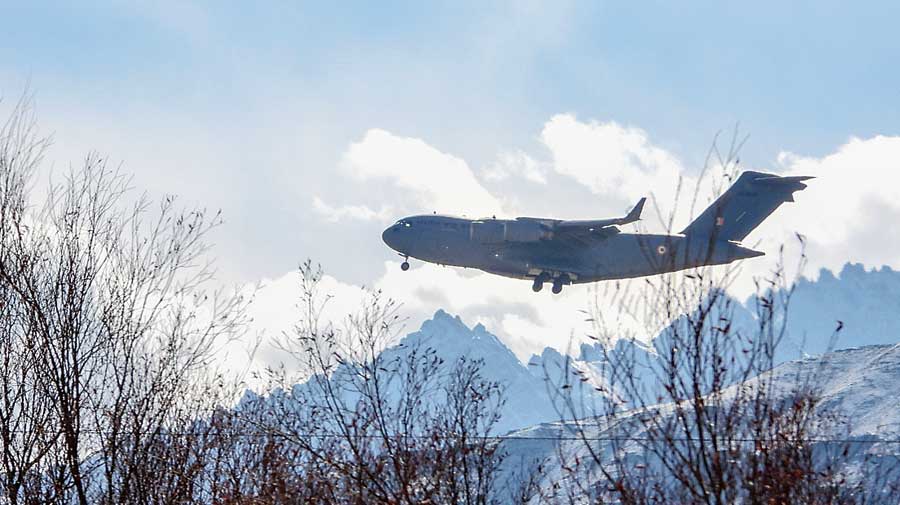 The Chinese and Indian troops at the south and north banks of the Pangong Lake in eastern Ladakh have started disengagement simultaneously, the Chinese defence ministry claimed in a statement on Wednesday.

People’s Liberation Army (PLA) senior colonel Wu Qian, the spokesman for the ministry of defence, said in Beijing: “The Chinese and Indian front line troops at the southern and northern banks of the Pangong Tso Lake start synchronised and organised disengagement from February 10…. This move is in accordance with the consensus reached by both sides at the 9th round of China-India corps commander-level meeting.”

Indian and Chinese troops have been locked in a face-off at multiple points in Ladakh — the Depsang Plains, the northern bank of the Pangong Lake and Hot Springs — since May last year. The PLA has altered the unmarked LAC at these friction points and is estimated to have taken over close to 1,000sqkm of India-claimed territory.

“Why should disengagement be restricted to one or two places when there is a massive build-up all across the LAC? The ground assessment has revealed that the PLA troops are attempting the change the status quo in eastern Ladakh at several fronts,” a veteran had said.

The disengagement process at the Galwan Valley on June 15 agreed upon between the two sides had gone awry when 20 Indian soldiers were killed and at least 76 injured during a violent clash with the Chinese troops inside the Indian side of the LAC. An unspecified number of PLA troops were also killed.

In the wake of the PLA’s massive deployment along the LAC in Ladakh, the Indian Army has put in place mirror deployment and has established habitat facilities for its 50,000 additional troops deployed there, backed by battle tanks, missile systems and frequent sorties by the Indian Air Force’s combat aircraft.