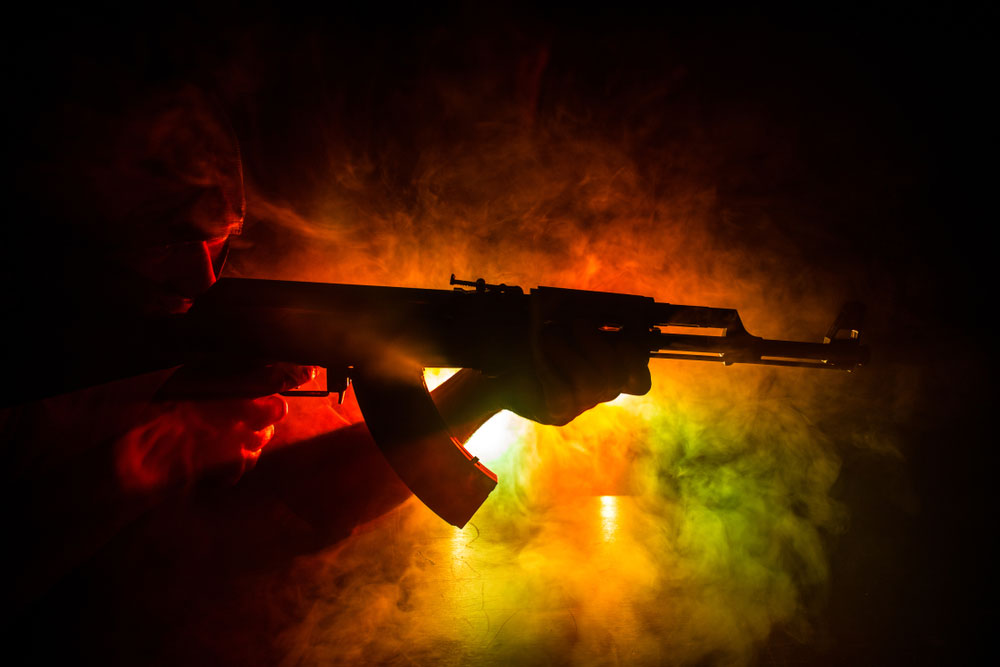 “Pakistan-trained commandos may have entered Gulf of Kutch/Kutch through Harami Nala Creek Area. They are believed to be trained with underwater attacks,” the advisory added, directing ports and ships to take utmost security measures.
(Shutterstock)
Our Special Correspondent And PTI   |   New Delhi   |   Published 29.08.19, 09:32 PM

Intelligence agencies have issued an alert on a possible infiltration attempt by Pakistani terrorists into Indian waters through the Kutch area of Gujarat to incite communal disturbance or carry out attacks.

Security has been beefed up at major ports in Gujarat and other key installations in the coastal region. The Indian Coast Guard and the Border Security Force along the Gujarat border have been put on high alert. According to the inputs, the terrorists could enter the Indian waters through the Gulf of Kutch in small boats.

The alert comes amidst heightened tension between India and Pakistan over the scrapping of Jammu and Kashmir’s special status.

“Ports in Gujarat have been put on high alert,” said a ministry official. Headed that the inputs were not “specific”.

According to a security advisory issued by the port authorities, patrolling had been intensified following inputs that Pakistan-based terrorists might make “an infiltration attempt through Kutch area, possibly through the sea route to create communal disturbance or launch terrorist attacks in Gujarat”.

“Pakistan-trained commandos may have entered Gulf of Kutch/Kutch through Harami Nala Creek Area. They are believed to be trained with underwater attacks,” the advisory added, directing ports and ships to take utmost security measures.

It sought preventive measures, including additional deployment of security personnel, intensified combat patrolling in the coastal region and interception of “any suspicious vessel/crafts/boats approaching the sea coast”.

Gujarat is home to India’s busiest ports through which the country imports bulk of its oil needs.

The security advisory asked authorities to ensure “zero tolerance for unidentified suspicious activities” as well as restrict the entry of unauthorised personnel and called for thorough checking of all vehicles entering or leaving the port premises.

The alert has come days after the navy chief, Admiral Karambir Singh, said the force had received intelligence that the Pakistan-based Jaish-e-Mohammed was training terrorists for an underwater attack.

Thursday’s alert has been shared with the Mundra and Kandla ports in Gujarat.

The region houses the world’s largest oil refinery complex at Jamnagar, run by Reliance Industries, and a similar facility operated by Russian giant Rosneft at Vadinar.

Inspector-general of police (border range) D.B. Vaghela said: “We receive inputs about possible terrorist infiltrations from time to time and we have enhanced the security at all vital installations in Kutch district, including the Kandla port.”