Kushwaha to start 'padayatra' in protest against AES deaths 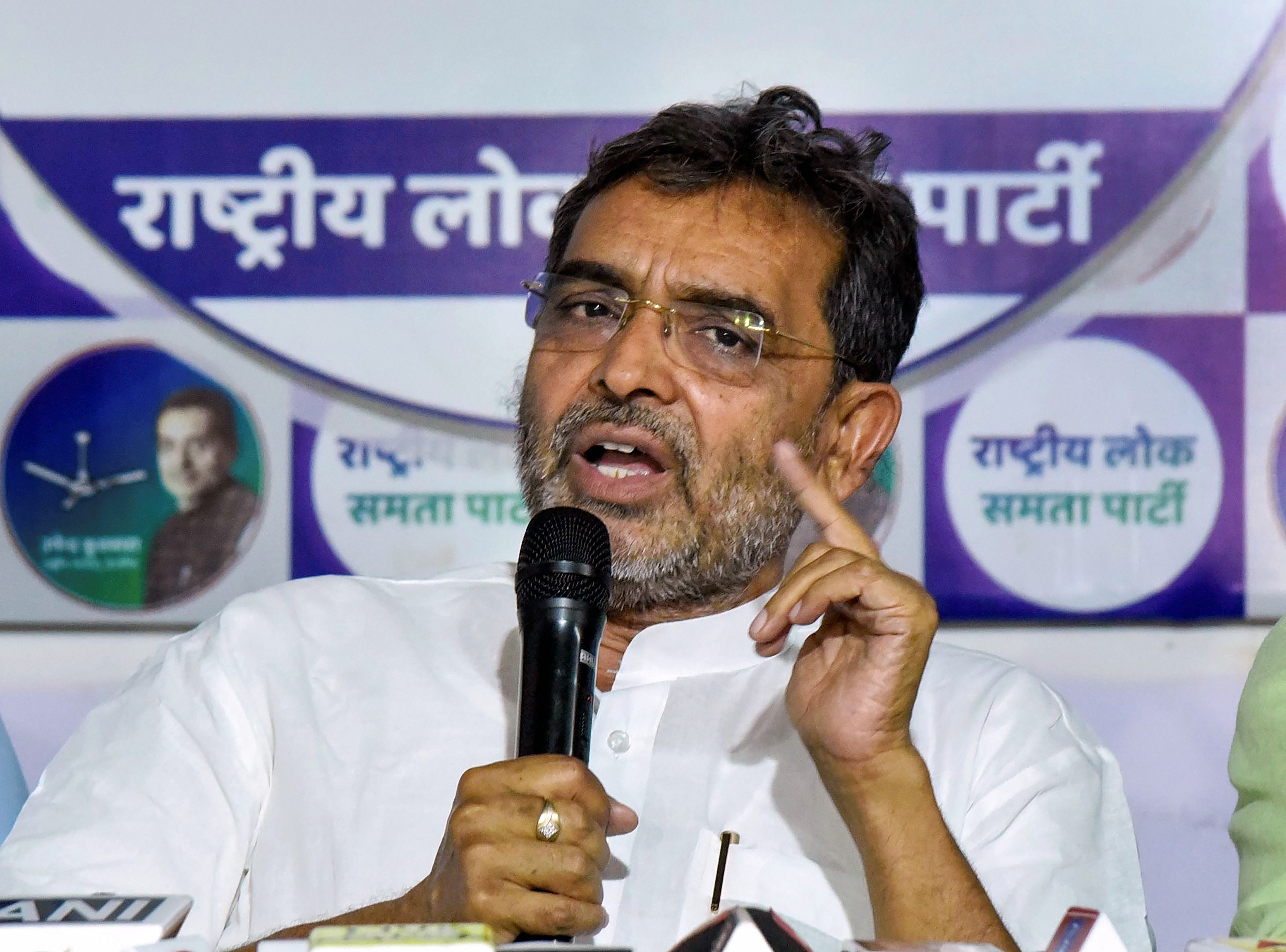 Charging the Nitish Kumar government in Bihar with having “failed” to control the AES outbreak, Rashtriya Lok Samta Party (RLSP) chief Upendra Kushwaha Sunday announced that he will take out a 'padayatra' from the worst-affected Muzaffarpur district in protest, later this week.

The Acute Encephalitis Syndrome (AES) outbreak has claimed the lives of more than 150 children during the month.

Addressing a press conference here, a day after he visited Muzaffarpur where 134 children have died since June 1, the Rashtriya Lok Samata Party (RLSP) chief said, “our padayatra will have the theme, Nitish hatao, bhavishya bachao (oust Nitish from power, save the future of Bihar).”

The 'padayatra' will commence at Muzaffarpur on July 2 and conclude here on July 6, he said.

”Nitish Kumar will be completing 15 years as chief minister next year. Had he paid adequate attention to providing basic health care to the people of the state, so many children would not have died. We also get an impression that efforts are on to pass the buck so that Kumar is not held accountable,” Kushwaha alleged.

”It is not my concern whether Kumar retains Pandey in his cabinet or removes him. But, my point is he did not fight elections in the name of his cabinet colleagues. He won on the plank of his claims of 'sushasan' (good governance). Now that the falsity of the claims lay exposed, he must take the blame,” Kushwaha a former JD(U) leader who quit and floated his own outfit in 2013- said.

The RLSP started off as an NDA ally and won all the three seats it contested in 2014, riding the Modi wave while Kushwaha himself got a ministerial berth at the Centre.

He quit the BJP-led coalition in 2018 after the saffron party apparently offered him only two seats in order to make way for the JD(U) headed by Kumar, who had returned to the NDA, a year earlier.

The opposition alliance was trounced in the recent general elections, with only the Congress among the constituents winning a seat. The RLSP, which had fought five, lost all including two contested by Kushwaha himself.