She had been humiliated by a 'pink police' officer in Attingal, Thiruvananthapuram district, last August 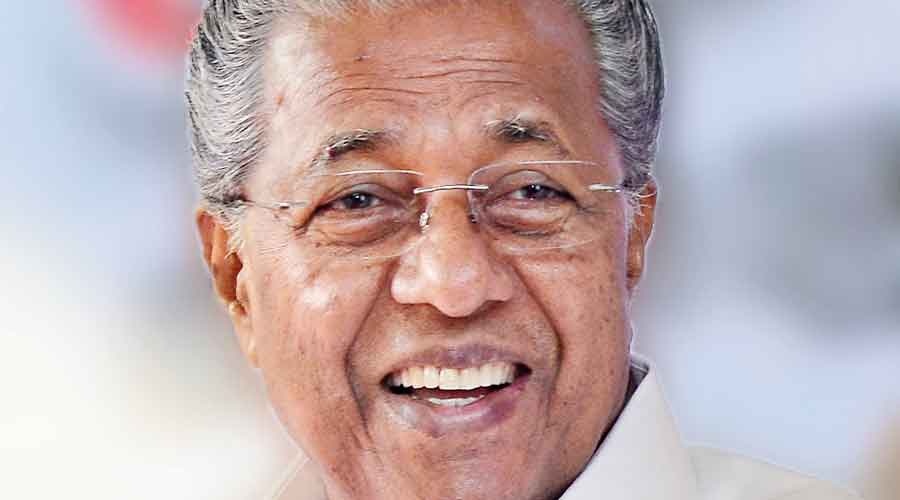 Early this week, Kerala heard in utter disbelief that the state government had appealed against a high court order granting Rs 1.5 lakh in compensation to an eight-year-old girl who had been humiliated by a “pink police” officer in Attingal, Thiruvananthapuram district, last August.

This is the Left Front government which spends lakhs of rupees in hiring top-class lawyers from Delhi to fight murder cases, mostly political, involving CPM workers.

This is the government led by a Marxist chief minister who is facing anti-graft cases in the state Lokayukta for unlawful allocation of funds, running into lakhs, from the Chief Minister’s Distress Relief Fund (CMDRF).

So, the government’s decision to challenge the award of such a meagre amount of compensation to the daughter of a Dalit day labourer who has no land or house stunned the people of Kerala.

Ironically, the government decision came just two days after the Supreme Court questioned the legitimacy of the state government providing lifetime pensions, which run into crores, to ministers’ staff who have completed two years of employment. This was a practice that governor Arif Mohammed Khan had questioned just a month earlier, kicking off a political controversy.

The Attingal incident occurred on August 27. G. Jayachandran, 38, and his daughter were out on the streets to watch a huge trailer lugging equipment to Isro’s rocket-launching station in not-so-distant Thumba.

Suddenly, a woman officer from the pink police — meant to ensure the safety of women and children — noticed that her mobile phone was missing. She accused Jayachandran, who was standing next to the patrol jeep, of stealing it.

She said Jayachandran must have passed the mobile on to the little girl who, she suspected, was his accomplice. She tried to grab the girl, threatening to take both father and daughter to the police station.

By this time a huge crowd had gathered. As the policewoman raved and ranted, and the child wept, the phone rang from inside the jeep. But the officer was in no mood to repent. She said the two (father and daughter) looked like seasoned thieves, justifying her suspicion of them.

The entire sequence was filmed by a bystander who shared it on social media. By evening, the vernacular TV channel Asianet had taken up the cause of father and daughter, with the policewoman in the dock.

On August 31, Jayachandran approached director-general of police Anil Kant, seeking action against the policewoman. He said his daughter was still in a state of shock and was undergoing counselling.

Kant promised action and followed it up by asking the inspector-general (IG), South Zone, Harshita Attaluri, to conduct an inquiry. It was soon announced that the woman officer had been disciplined through a “punishment transfer”.

However, it later came to light that the officer had been transferred to a station close to her home and that no other action had been taken against her. IG Attaluri never spoke to Jayachandran or his daughter to get their side of the story.

Aggrieved, Jayachandran and his daughter sat on a one-day dharna in front of the state secretariat demanding punishment for the officer. Finding the government unmoved despite the growing public resentment, Jayachandran petitioned the high court.

The court observed that the officer’s action had “created havoc” in the mind of the girl, who was “traumatised”.

“We cannot let our daughters grow up in anger. Hence, immediate remedial steps should be taken. No one can dispute that her Fundamental Right under Article 21 to lead a dignified and full life was violated. It is not in contest that the event has traumatised her,” the court order said.

“It doesn’t matter if she (the officer) acted vindictively, viciously or deliberately.... The fact that the eight-year-old Devipriya went through a harrowing experience that could leave a scar on her psychological well-being is ipso facto sufficient to grant her reparation under public law remedy.”

The court granted a compensation of Rs 1.5 lakh and asked the state government to pay a further Rs 25,000 as legal expenses.

The court directed that the officer be given training in interpersonal behaviour and said the petitioner and her father could proceed with any other litigation they might want to initiate against the officer.

The state government defended the officer saying she had not misbehaved or done anything that could have caused mental agony to the girl. It said there was no material on record to prove the girl had been humiliated.

At this, the court scoffed: “A new spin is being created by the state. It is a good spin, a googly.”

Despite the court order, the state government has not taken any disciplinary action against the officer so far. Rather, it has challenged the order before a division bench.

A former Kerala High Court judge, Justice Kemal Pasha, has said the whole of Kerala should rise up and defeat the government move.

Jayachandran has in his humble way offered to donate a part of the amount, if and when the government gives it, towards empowering Adivasi children and another part to the CMDRF.