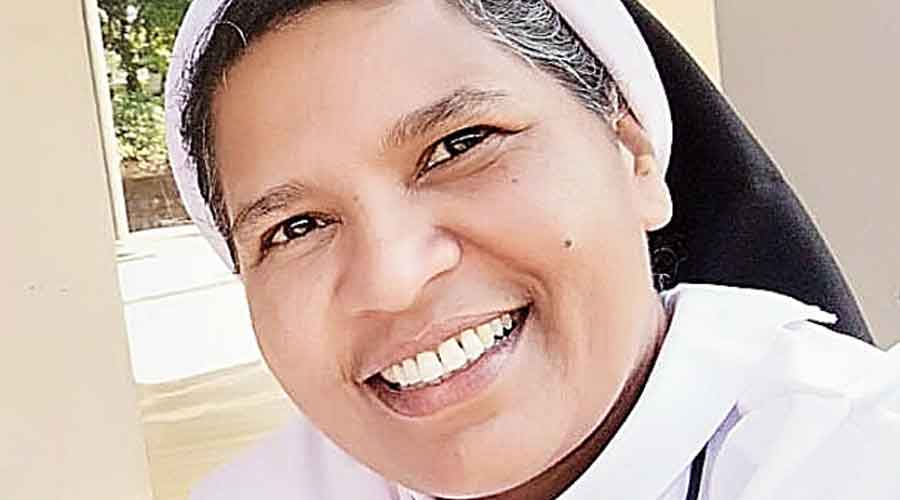 A former judge of the Karnataka and Bombay High Courts has urged the Vatican to withdraw confirmation of the expulsion of a Kerala nun who had stood up for a colleague who was allegedly raped by a bishop.

Justice Michael F. Saldanha wrote to the Signatura Apostolica in Rome and the Apostolic Nunciature in Delhi on Thursday, seeking a “fair hearing” for Sister Lucy Kalappura “in keeping with the rules of natural justice which apply to every law”.

The Franciscan Clarist Congregation in Kerala recently received a communication from the Vatican saying Sister Lucy’s third and final appeal against her expulsion from the order had been rejected.

A copy of the letter was marked to Sister Ann Joseph, superior-general of the congregation, who had sacked Sister Lucy in August 2019.

Sister Lucy had angered the congregation in September 2018 by visiting five nuns who were staging a public protest in Kochi and expressing solidarity with them.

The nuns were seeking the arrest of the then bishop of Jallandhar, Franco Mulakkal, who had allegedly raped a nun 13 times between 2014 and 2016 at a convent in Kuravilangad, Kottayam, Kerala. Mulakkal was eventually arrested but the trial has not yet started in the Kottayam court.

After being ordered to leave the Mananthavady, Wayanad, convent following her sacking, Sister Lucy had in December 2019 petitioned a local civil court and obtained an injunction on the eviction order, while continuing to appeal to the Vatican against her expulsion.

The Mumbai-based Justice Saldanha has offered to represent Sister Lucy before the Vatican.

“I am prepared to represent her/assist her at the hearing as I happen to be a qualified and experienced lawyer and not one who can be bought over by Church funds or intimidated,” his letter says.

It adds that the communication Sister Lucy recently received about the rejection of her final appeal was a “very doubtful and mutilated communication” since the Vatican was closed when it was issued.

Justice Saldanha said May 27, 2020, fell within a four-month period during which the Vatican had shut down because of the pandemic and a vacation.

“How such an order could have been passed when the office (of the Vatican) was closed and not working is something which you are called upon to explain because the consequences are serious in so far as it clearly establishes that the order is fabricated,” Justice Saldanha’s letter says.

After the Supreme Tribunal rejected Sister Lucy’s appeal, the superior-general asked her on June 13 to vacate the convent within a week after handing over her habits and whatever else that belonged to the order. Failing this, her continuance would be considered “criminal house trespass”, the communication said.

Justice Saldanha’s letter says such regulations are “illegal and unconstitutional, ostensibly based on Canon Law which cannot override the Constitution of India and the laws of this country”.

The former judge told The Telegraph on Friday that the Church had not given Sister Lucy a “fair trial”. “Her appeals were summarily thrown out by the Nuncio,” he said.

Justice Saldanha had earlier written to the superior-general on June 13 seeking a reply in 10 days and asking the congregation not to intimidate or harass the nun. “I’m yet to get a reply,” he said.

Calls by this newspaper to the superior-general’s phone number remained unanswered.

Sister Lucy told this newspaper that she harboured hopes about her civil court petition. After one hearing, the judge had got transferred and then the Covid outbreak delayed matters.

“The next hearing is on June 26. I have complete faith in our judiciary,” she said.

Sister Lucy recently retired as a teacher from a school run by another congregation in Mananthavady.

“I’m forced to cook my own food since the convent doesn’t provide me anything. Neither am I allowed to use the chapel, library or any other facility. I enter my room through a side door as I’m not allowed to use the main entrance,” she said.

The eviction deadline set by the superior-general ends on Sunday, but Sister Lucy said she had no plans to leave because she had nowhere else to go. The civil court’s injunction on her eviction still stands.