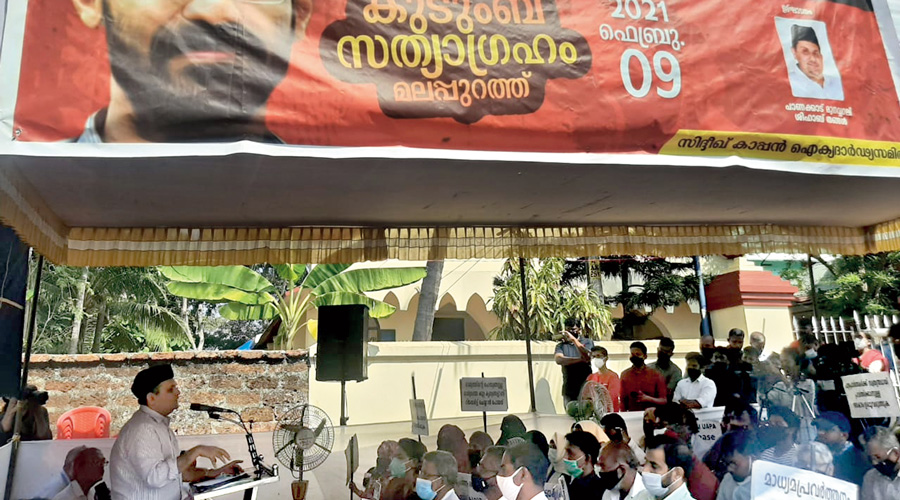 The Kerala president of the Muslim Youth League, Panakkad Sayyid Munavvar Ali Shihab Thangal, on Tuesday urged the people of the state to raise their collective voice for the release of journalist Siddique Kappan who is in judicial custody in Uttar Pradesh for four months.

Thangal was speaking in the presence of the journalist’s family members at a protest organised by the Siddique Kappan Solidarity Forum outside the collectorate in Malappuram.

“Everyone must work together for his release. Journalism is essential for the survival of a democratic society,” said Thangal, who heads the youth wing of the Indian Union Muslim League.

He also urged the state government to do its bit to get Kappan released from Mathura jail. “The chief minister should take immediate measures,” he said.

All political parties barring the BJP have already expressed solidarity with Kappan.

The journalist was arrested on October 5, 2020, with three others while on the way to Hathras in Uttar Pradesh where a Dalit girl had been brutally raped and murdered. A Delhi-based retainer for the Malayalam news portal azhimukam.com, Kappan is secretary of the Delhi unit of the Kerala Union of Working Journalists.