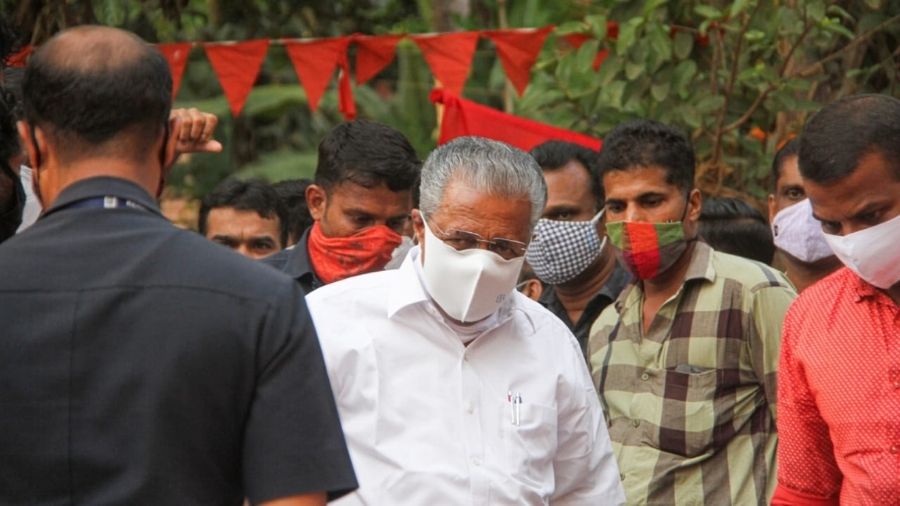 Vijayan, who had taken the first dose of the Covid vaccine last month, confirmed his infection in a tweet.

"I have been confirmed Covid+ve. Will get treated at the Government Medical college, Kozhikode," he tweeted.

I have been confirmed Covid +ve. Will get treated at the Government Medical College, Kozhikkode. Request those who have been in contact with me recently to go into self observation.

Vijayan, who is presently in Kannur, also requested all those who came in contact with him in recent days, to go into 'self-observation'.

Sources from the Chief Minister's Office told PTI that he was asymptomatic.

Vijayan, who was theCPI(M) candidate from Dharmadam in Kannur, had travelled extensively throughout the state during the campaign for the April 6 Assembly polls.

He had also participated in the road show at Dharmadam on the last day of the campaign.

The state posted 4,353 fresh coronavirus cases on Thursday, the biggest spike in recent days in the state,as the total caseload rose to 11.48 lakh.

As many as 2,205 people have been cured of the disease, taking the total recoveries to 11,10,283, a government press release said.

The total number of those who tested positive to the virus mounted to 11,48,947.

The active cases in the state have touched 33,621.

So far, 1.35 crore samples have been sent for testing.

The toll has mounted to 4,728 with 18 more recent deaths being confirmed due to the virus infection.